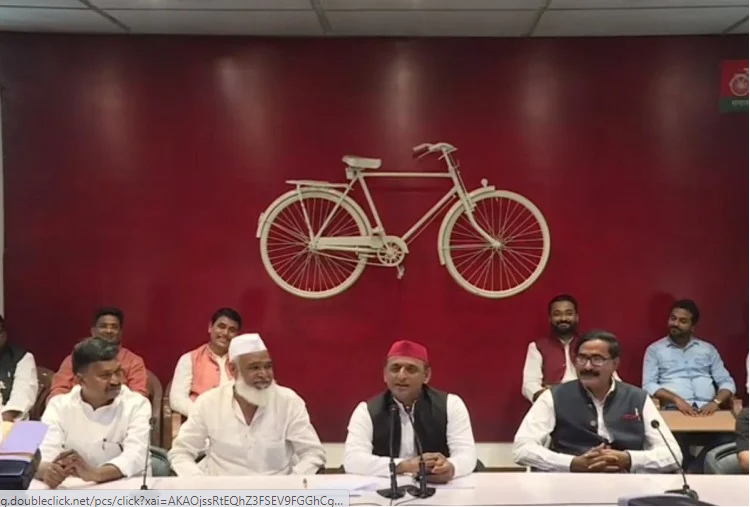 Before the UP Elections, this is considered a huge setback for the BSP. On the other hand, Samajwadi Party is emerging as the main opposition party of BJP and seems to be getting stronger.

Akhilesh Yadav welcomed the MLAs from BSP and BJP to the Samajwadi Party office and got them the membership of the party. On this occasion, Akhilesh Yadav said that there are many people who want to join Samajwadi Party. Till the elections come, the BJP will remain a ‘running family’. BJP is sure to be wiped out in this election. He read the manifesto of the BJP and said that the BJP did not fulfill even a single promise made to the farmers. Neither did their income doubled, nor any of the efforts are made to improve their life.

Akhilesh said that there is resentment among the people against the government. Inflation is increasing tremendously. People of BJP make Panna Pramukh and forget to turn the page of their manifesto. Till now we have not been able to give laptops and tablets to the children as promised.

At the same time, about Pragatisheel Samajwadi Party President Shivpal Singh Yadav, Akhilesh said that he will be respected. He will also be with us.

Let us see what will happen in upcoming Uttar Pradesh Elections 2022.