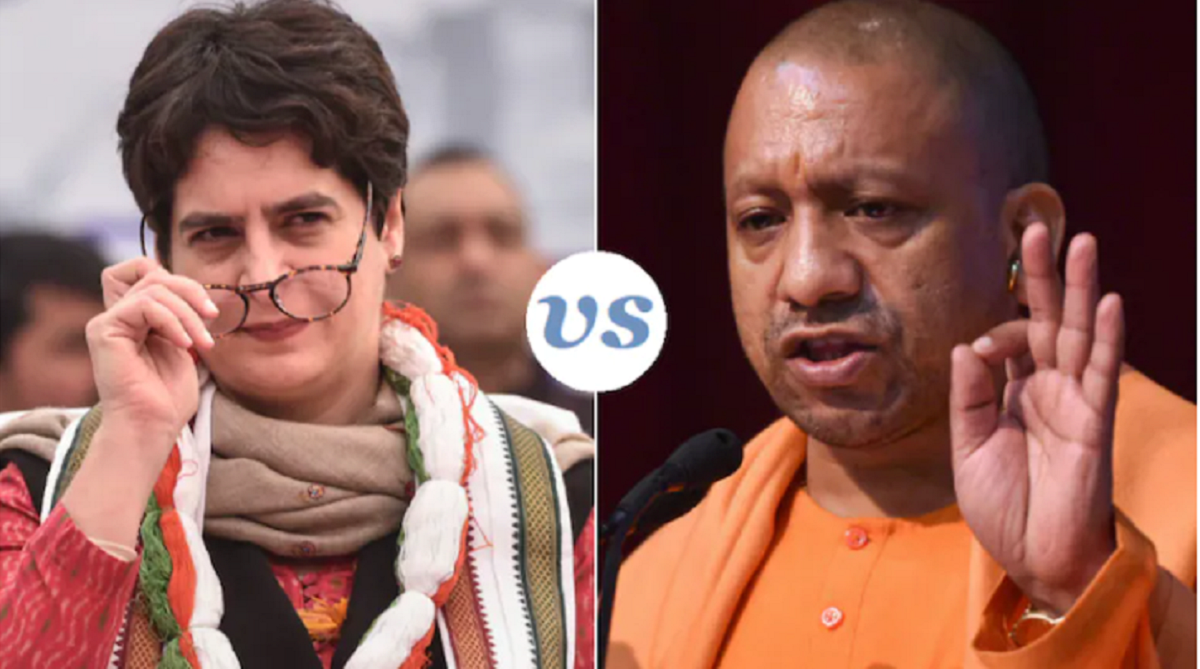 Priyanka Gandhi has entered in the political field of UP Elections 2022 with all her might. Priyanka Gandhi, who has made her intention clear by holding a big rally during the Navratras in Varanasi, Prime Minister Narendra Modi’s constituency, is now preparing to play a dunk at Chief Minister Yogi Adityanath’s fort Gorakhpur on October 31.

A massive rally of more than two lakh people will be organized in Gorakhpur on the day of the martyrdom of former Prime Minister Indira Gandhi, in which the largest number is expected to be women. Priyanka is preparing to break Yogi’s fort with female power. Party workers are busy in making the program a success.

According to a party leader, former Prime Minister Indira Gandhi is still considered a great symbol of women’s power. Priyanka Gandhi has announced to give 40 percent share in ticket distribution to women. The party will work to further substantiate this claim by showing a large presence of women power in the Gorakhpur rally. Through this rally, an attempt will be made to assure the women that if they want to move forward, the party will stand with them with full force.

Why is there special attention on Purvanchal?

Actually, there are about 125 seats of UP Legislative Assembly in Purvanchal. If any political party strengthens its foothold in this area, then it can become a big political force of UP. Perhaps this is the reason why Prime Minister Modi had given the most importance to this Purvanchal in his election campaign too. Now Congress has also come again in this area in search of its roots.

This area was once the traditional land of Congress. This area with a fair mix of Brahmin, Kshatriya, Backward and Dalit population used to be the real test of Congress politics, which used to take all sections of the society together. Even in the weak condition of the Congress, there are enough supporters, voters and workers of the party.

The party’s massive victory in the Banaras Hindu University student union elections shows that there is still enough room left for the party’s ideology among its young voters. Party leaders believe that if work is done with full force in this area, then these hopes can be cherished and the party can stand again in UP Elections 2022.

This is the reason why the Congress has kept the Purvanchal part of UP at the center of its election campaign as part of the entire strategy. Under this strategy, first Priyanka Gandhi’s rally was organized in Kashi, then now preparations are being made to organize a rally in Gorakhpur. After some time a rally will also be organized in Prayagraj.

Priyanka’s rally will be held in many cities

Former Congress MP Rajesh Mishra told media reports that Priyanka Gandhi has not only energized Congress workers with her presence but has also heated up the UP Elections 2022 atmosphere of the entire state. This uptrend will now continue unabated.

He said that big rallies of Priyanka Gandhi would be organized in all the metros of Uttar Pradesh. After Kashi, a rally is being organized in Gorakhpur. After this, programs will also be organized in Prayagraj, Meerut, Jhansi and other areas.

The Congress leader said that by reserving 40 per cent seats for women, Priyanka Gandhi has forced the ruling party as well as other opposition parties to realign their election strategy. He expressed hope that Congress will not only be able to stand strong again in this election, but will also emerge as the strongest party.