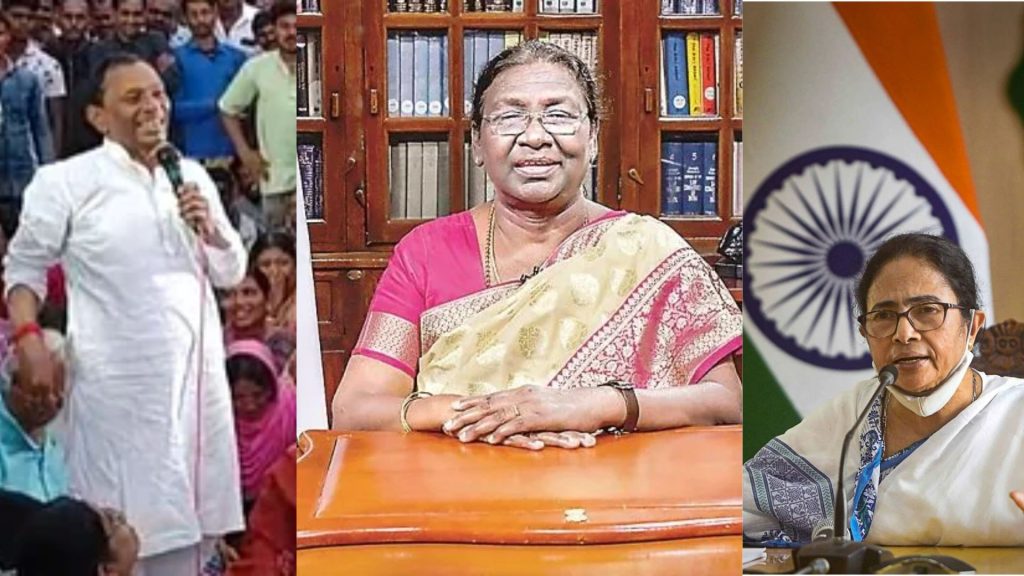 West Bengal’s Minister of State in the Ministry of Correctional Administration, Akhil Giri, has been captured on camera while speaking ill about President Droupadi Murmu’s countenances as he addressed a lively gathering in Nandigram. The footage has gone viral and drew extreme denunciation from the BJP. The minister was once captured, stating that Trinamool doesn’t form opinions on people by their countenances but later gave an instance of President Droupadi Murmu.

The BJP asserted that when Akhil made those remarks, Shashi Panka, the women welfare department minister of Mamata Banerjee’s cabinet, was there as well. Akhil was referring to opposition head Suvendu Adhikari regarding an event of turmoil in Adhikari’s Nandigram constituency over the Martyrs’ Day occasion. 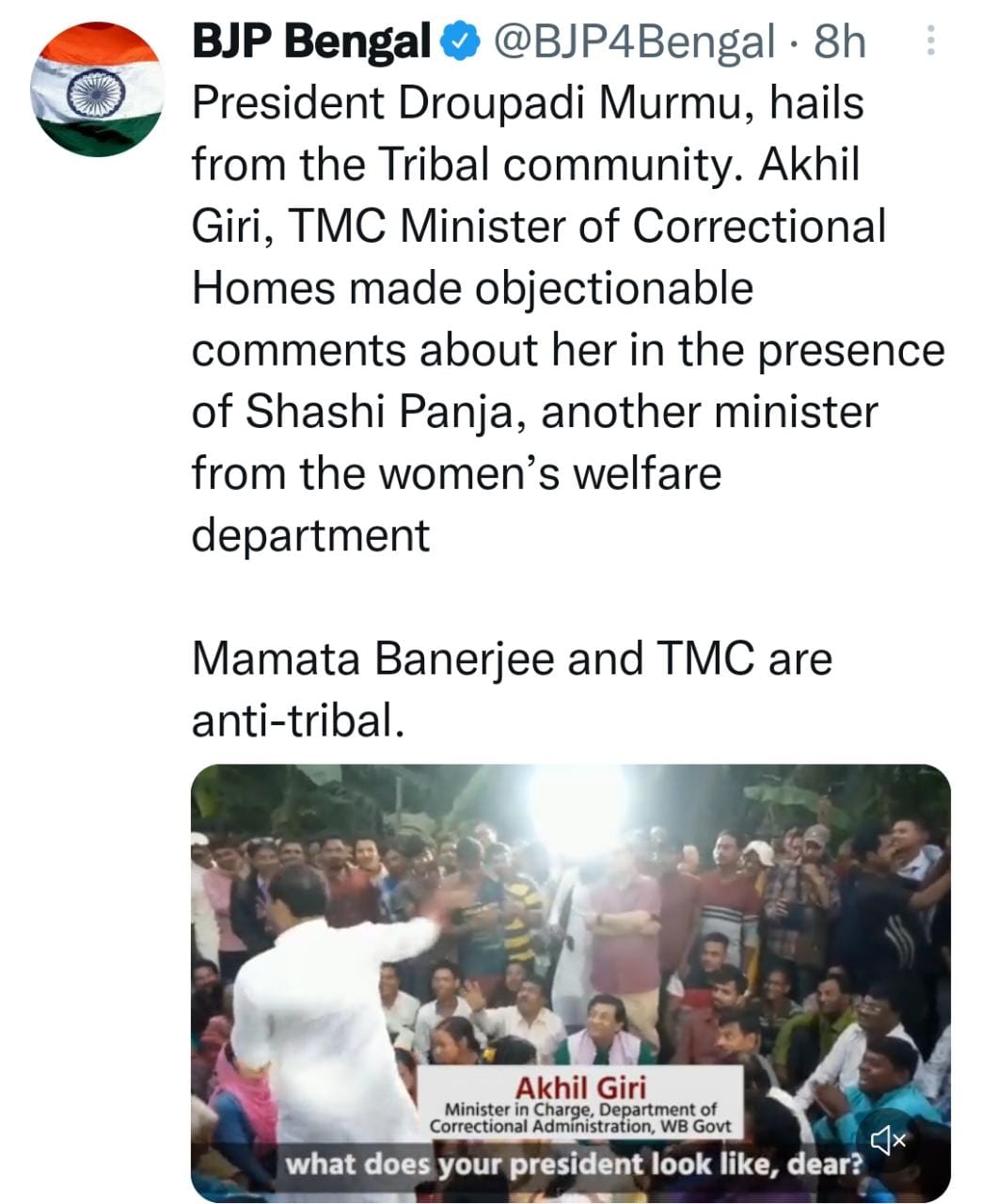 While warning Adhikari, Akhil cited President Droupadi Murmu without directly calling her as he stated Trinamool doesn’t judge people by their countenances. “He (Suvendu Adhikari) says I (Akhil Giri) am not good-looking. How beautiful he is! We don’t judge people by their looks. We respect the chair of your President. How does your Rashtrapati look?” Akhil Giri stated.

Sharing the footage, West Bengal BJP denounced Mamata Banerjee and the Trinamool for being anti-tribal. “President Droupadi Murmu hails from the Tribal community. Akhil Giri, TMC Minister of Correctional Homes made objectionable comments about her in the presence of Shashi Panja, another minister from the women’s welfare department,” they penned. 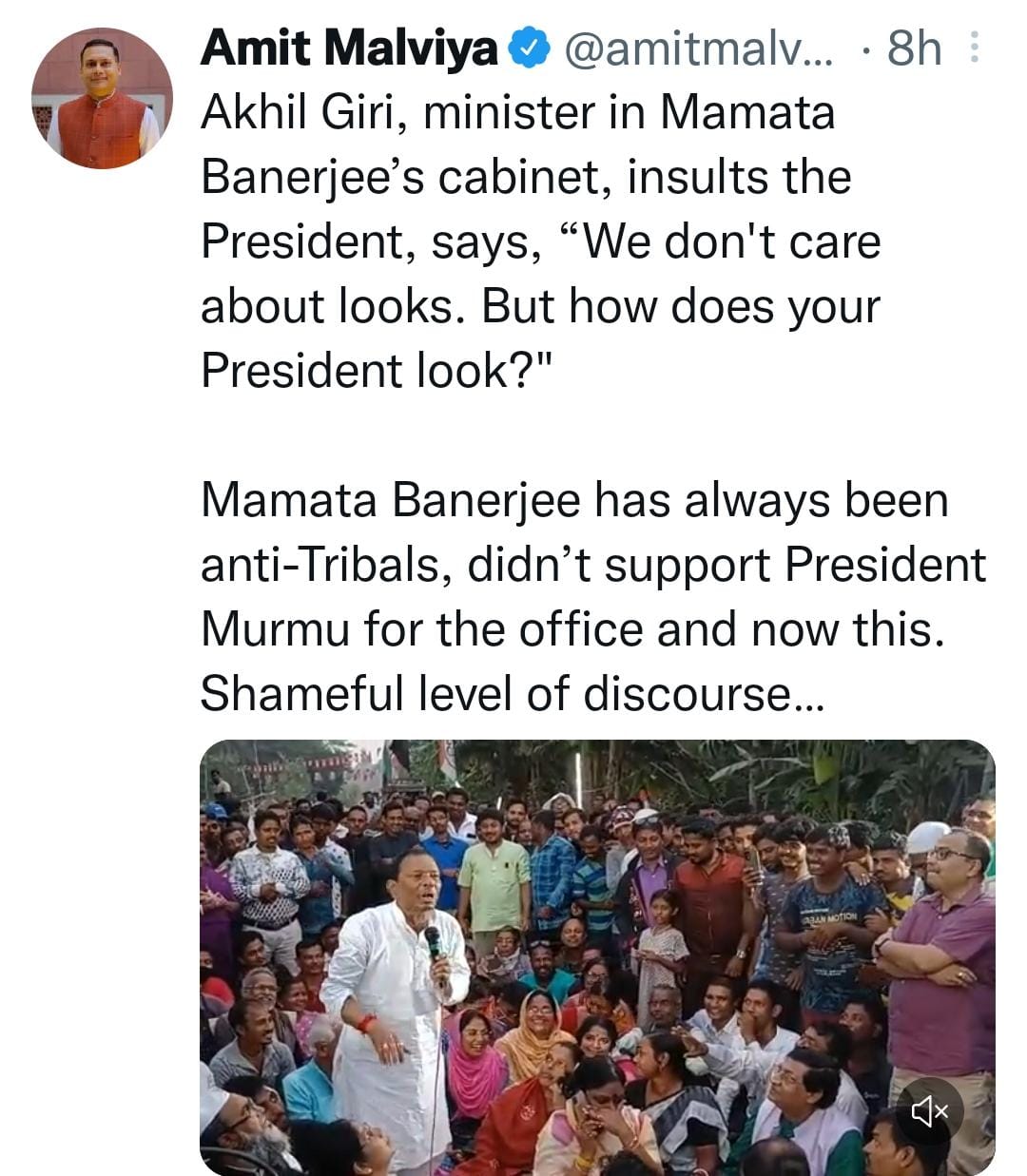 BJP’s Amit Malviya stated Mamata Banerjee has constantly been anti-tribals and never aided or encouraged Droupadi Murmu. “Akhil Giri, humiliated the President, by saying, ‘We don’t care about looks. But how does your President look?’ Mamata Banerjee has always been anti-Tribals, didn’t support President Murmu for the office and now this. Shameful level of discourse….”