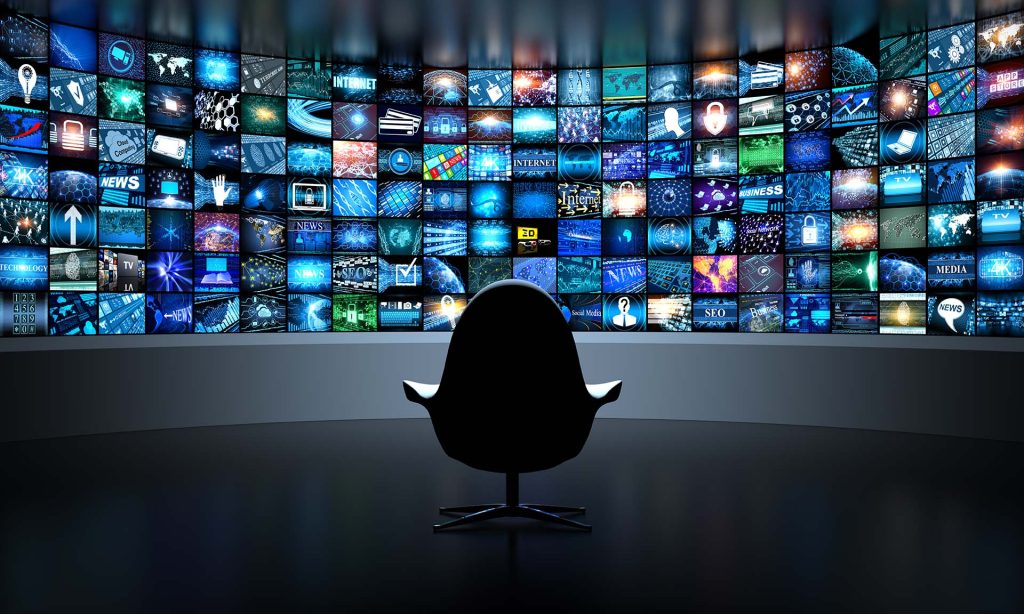 The I&B Ministry under the Centre Government has written an advisory to the private TV channels not to use any provocative language. As seen over the last few months the private news channels in the rat race of TRPs are manipulating and using altered information for their personal benefits.

This kind of false and fabricated information can lead to a sense of social and communal disharmony. 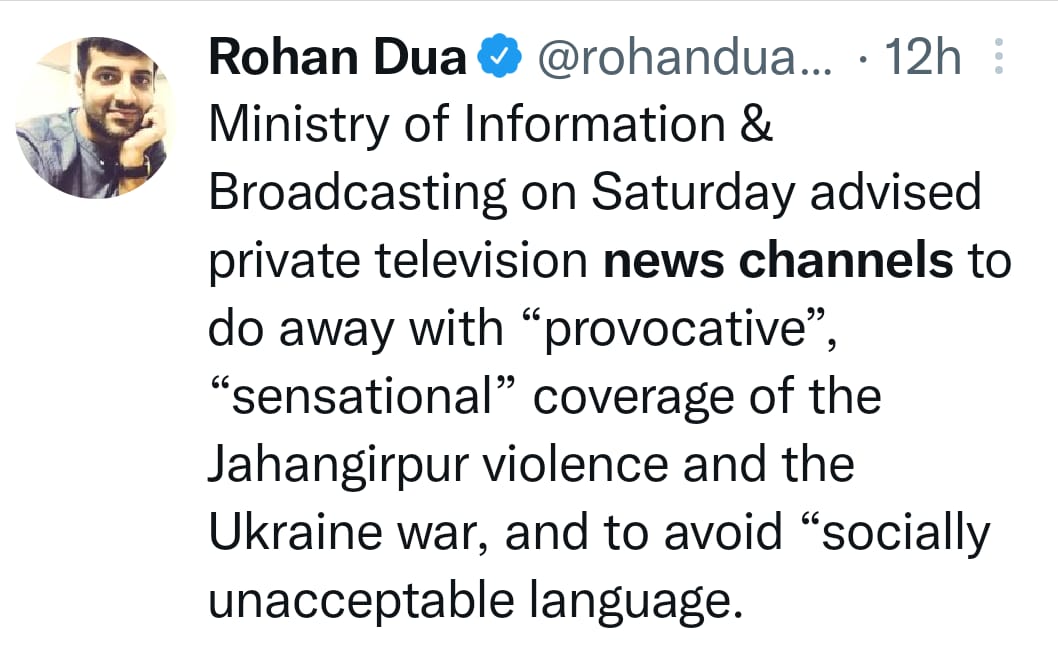 This advisory comes soon after the rising social and communal tension post the recent riots of Delhi in Jahangirpuri. Along with this the Ukraine -Russia war news coverage are claiming the onset of Nuclear war soon.

According to the ministry such news hampers with the overall development of society. As it can create a state of panic and fear among the common man. 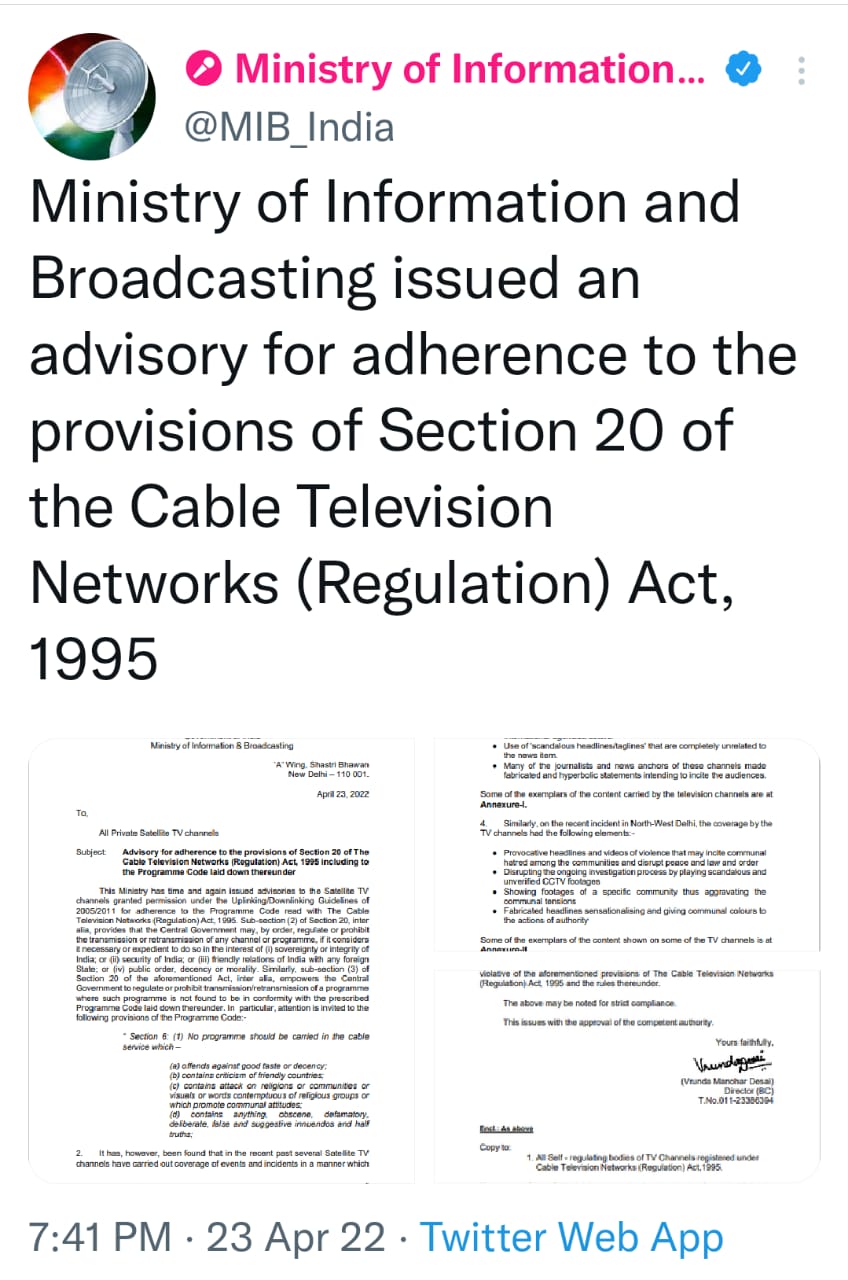 In the advisory its clearly mentioned that the news channels are warned to adhere to the section 20 of The Cable Television Networks Regulation Act of 1955. Not only this the news channel has to follow the programme code laid down under the cable tv network act.

The programme code says that no programme should be carrying offensive language or any offending speech. Along with this the channels should avoid criticism against the friendly countries. Not only that any programme should not contain any attack on religions and communities which can lead to communal disturbances.

Also the Information And Broadcast Ministry asks the channels not to use provocative headlines. One more important observation is the viral videos which surfaces from social media platforms of various kinds. Such videos runs on news channels day and night to grab the eye balls of the viewers without any identification and authenticity.  Such viral videos not only hampers the investigation. But also rises the communal tension.

Another trend which has risen in the last few years is that of debates where different political parties representative comes and put their parties agenda forward. But during these debates unparliamentary, socially and derogatory remarks are used quite often.

The first and foremost role of the news channel is to provide unfiltered information to the common man. That’s why it’s called the Fourth Pillar of the Constitution. The problems of the common man can reach the government via press and media only.

As they are the bridge of the communication between the public and the government in power. Biased reporting is increasing day by day where news channels are working as a government well-wisher instead of the common man.

This kind of work culture is costing us a lot already as discussions are on Religion, Hindu-Muslim, what to eat, and what to wear. Instead of unemployment, fuel prices, increasing social disparity, water problems, climate crisis etc.