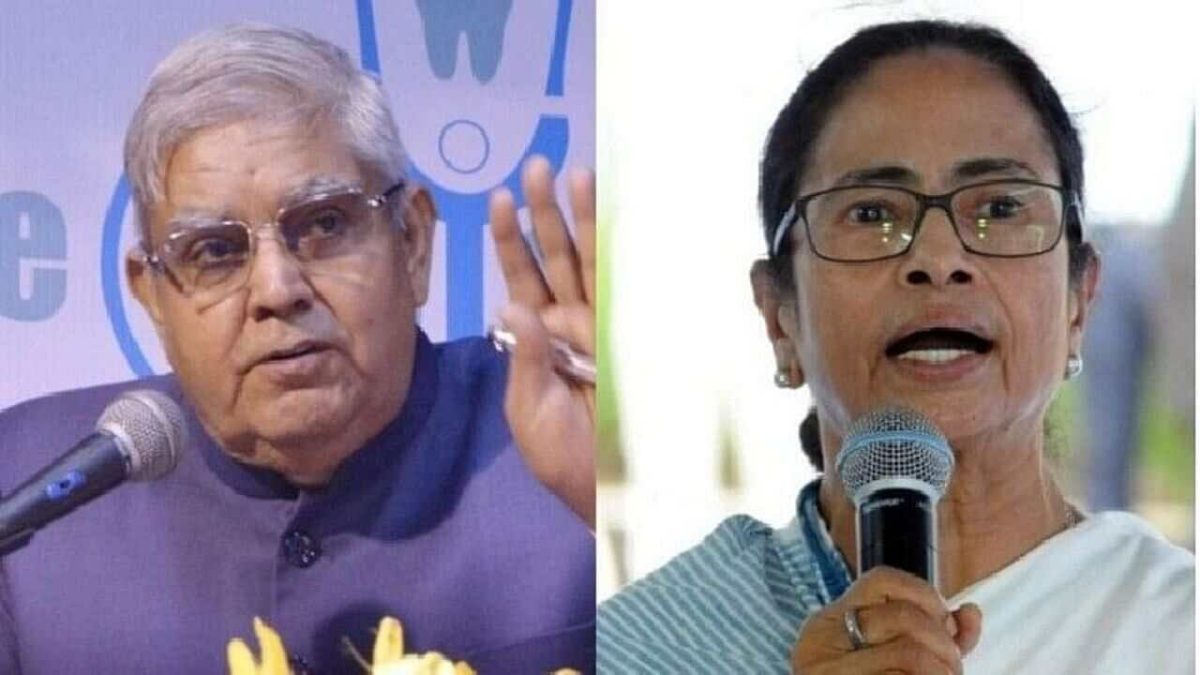 Disgusted by the regular interference and criticisms of govt activities and political issues TMC has charged that Jagdeep Dhankhar, the governor of WB is acting as the working president of BJP. The relationship between Mamata and Governor has deteriorated to such an extent that she has recently blocked him on Twitter. It is reported that Dhankar has also gone to the extent of threatening the Chief Secretary and the Director-General of Police of the state. Mamata’s run-ins with the governor have become frequent and bitter.

WHAT DOES THE GOVERNOR SAY?

Dhankar says that he is not happy with the abysmal law and order situation of the state under the Trinamool rule. Very recently he accused Mamata govt and charged that WB has turned into a ‘gas chamber ‘ of democracy. He added that he would not be cowed down by any amount of insults and would not tolerate brazen trampling of human rights in the state. He reminded the govt that violence and democracy do not match. Last week, talking about the political situation in the state he remarked that ” it is horrible and frightening”. He pointed out that the people of WB have lost their freedom of choosing their representatives fearlessly.

He hit the speaker of the assembly very hard when he said that his address to the assembly was blocked out twice and threatened him that it was illegal and that he would be held responsible as per the law if he does it again. He said that as a governor he was duty-bound to protect, preserve and defend the constitution.

WHAT IS THE PARTY UP TO

An exasperated Mamata has said that she had written to the PM several times to remove the governor,  but there was no response from the govt. Her party is thinking of demanding his removal from Parliament during the budget session. Apart from this, the party has also written to the president against him.

The governor has reason to hold Mamata responsible for post-poll violence in May and charge that the law and order situation has broken down in WB. And the CM should work in conjunction with the governor to restore law and order and bring peace to the land. Let him be posted about what the govt is doing about it and what is the present condition now. Bypassing the governor, keeping him in the dark, or avoiding answering his questions will only complicate the matter. The CM should take the initiative to stop this mud-slinging, accusations, and counter-accusations.