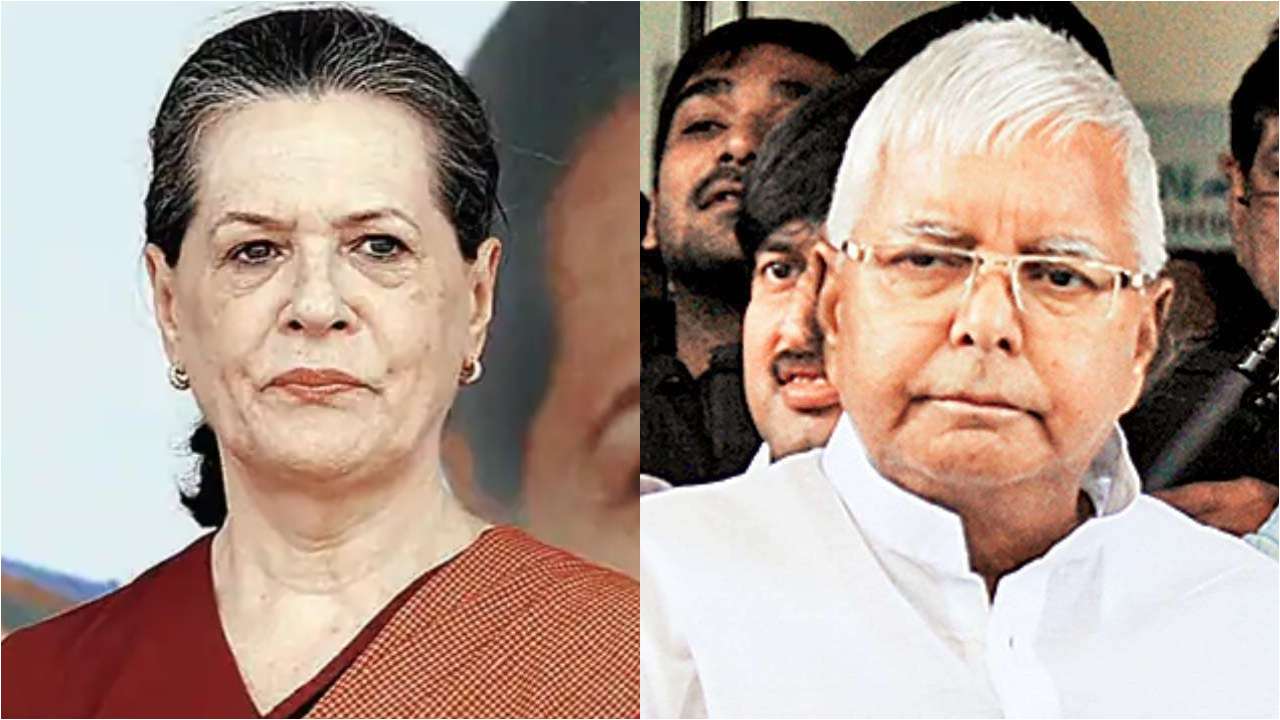 The ongoing discord over the alliance in the Bihar by-elections is coming to an end and Congress interim president Sonia Gandhi called RJD chief Lalu Prasad Yadav and talked to him about this. Earlier on Tuesday, Sonia Gandhi also held a meeting with the party’s general secretary and state in-charges. In this meeting, what should be the planning for the upcoming assembly elections were discussed and then after that she talked to Lalu Yadav over the phone. For a long time, there has been an atmosphere of tension between the two parties regarding the alliance.

Earlier on the alliance with Congress, Lalu Yadav had said that his party’s candidates will have to forfeit their security deposit in the elections if they stay in alliance with the Congress in the state. Bihar Congress in-charge Bhakta Charan Das had accused RJD some time back that the RJD was helping the BJP by turning its back on the Congress.

Responding to this, Lalu Yadav had called Das an idiot. The matter had gained momentum after Lalu called him an idiot and the Congress called it an insult. RJD has already decided to contest on two seats and after which Congress has also fielded its candidates for two seats. This has led to a rift between the allies in the state. By-elections are going to be held in Bihar on October 30 and for which RJD has fielded its candidates from both Kusheshwar Asthan and Tarapur.

In the meeting held on Tuesday, Sonia Gandhi gave three mantras to the party for victory in the upcoming assembly elections. The most important task of the party is to strengthen its organization. Apart from this, Sonia Gandhi also said that the organization which used to have strength earlier, is now ending. Second, she has asked all the leaders to re-connect with the common people and also made it clear that if the party has to win, it will have to rise above its personal interests. The third mantra she had told is to include new members in the party.