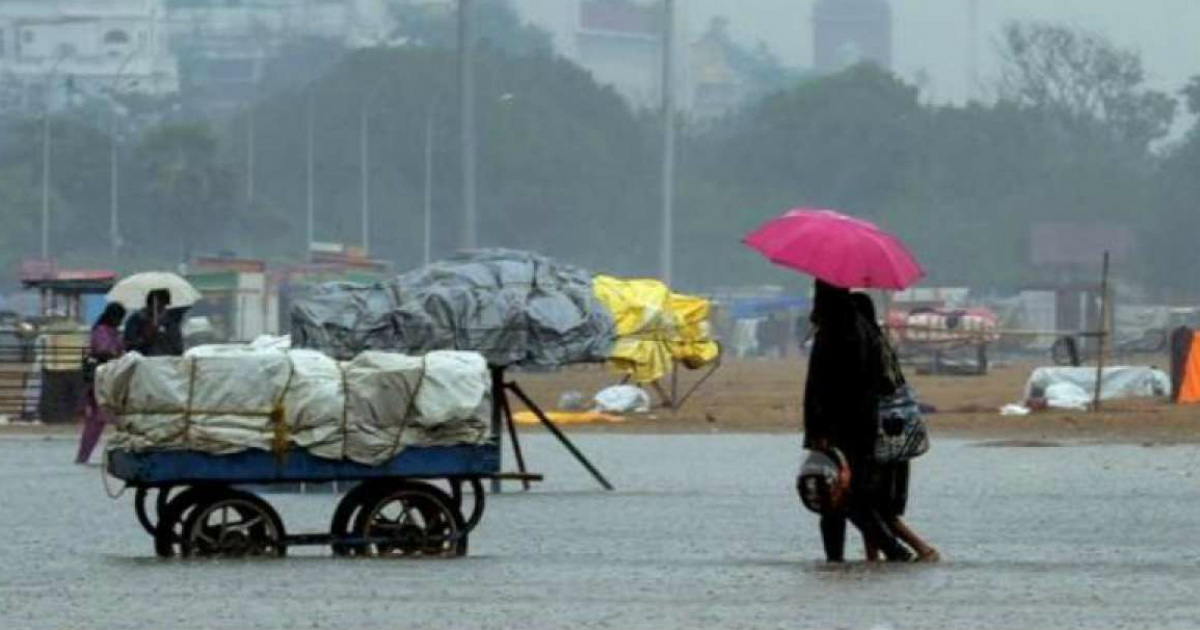 Tamil Nadu has received 46% of excess rainfall so far. It has been reported that 5 people have died, more than 500 houses and huts have been damaged.

Gagandeep Singh Bedi, Chennai Corporation Commissioner, stated that 41 areas have been marked as flood prone. The people residing there have been alerted. As per the Indian Meteorological Department (IMD) heavy rainfalls are a result of formation of low-pressure belts above the southeast region of Bay of Bengal. Due to the incessant rains on November 6, Chennai is facing floods. In the coming days, more rains are expected in the region.

Red alert has been issued by IMD for the areas including Tiruvannamalai, Villupuram, Chennai, Chengalpattu, Kanchipuram and Tiruvalur. Other areas like Nilgiris, Coimbatore, Tiruppur, Dindigul, Salem, Kallakuruchi, Tirupattur, Vellore and Ranipet have been marked orange alert.

“Associated cyclonic circulation extends up to 4.5 km above mean sea level. It is very likely to concentrate into a Depression over the Southwest & adjoining Southeast Bay of Bengal during next 36 hours,” the IMD had said.

As per the IMD bulletin the areas near Tenkasi, Tirunelveli, Thoothukudi, Cuddalore, Madurai and Sivagangai districts are likely to receive heavy to very heavy rainfall. It has predicted heavy rainfalls in Chennai, Tiruvallur, Kancheepuram, Chengalpattu, Ariyalur, Perambalur, Tiruchirapalli, Villupuram districts and Puducherry. As per the forecast, rest of the regions in Tamil Nadu is likely to receive moderate rainfalls.

Ahead of all this, Tamil Nadu government has set up ‘siren towers’ that would help in alerting the authorities for food and emergencies. More than 400 such towers have been installed. Government is also working to ensure that mobile connectivity is not affected in the flood prone areas. For this, 50 cell phone towers (on wheels), that are ready to use, have been installed.

About 165 relief centres have been set up. Flood relief measures are being taken and food packets are being distributed in the affected areas. Chennai civic body was pulled up by the Madras High Court, which asked it: “What have you been doing since 2015 floods?” and warned it may have to intercede.