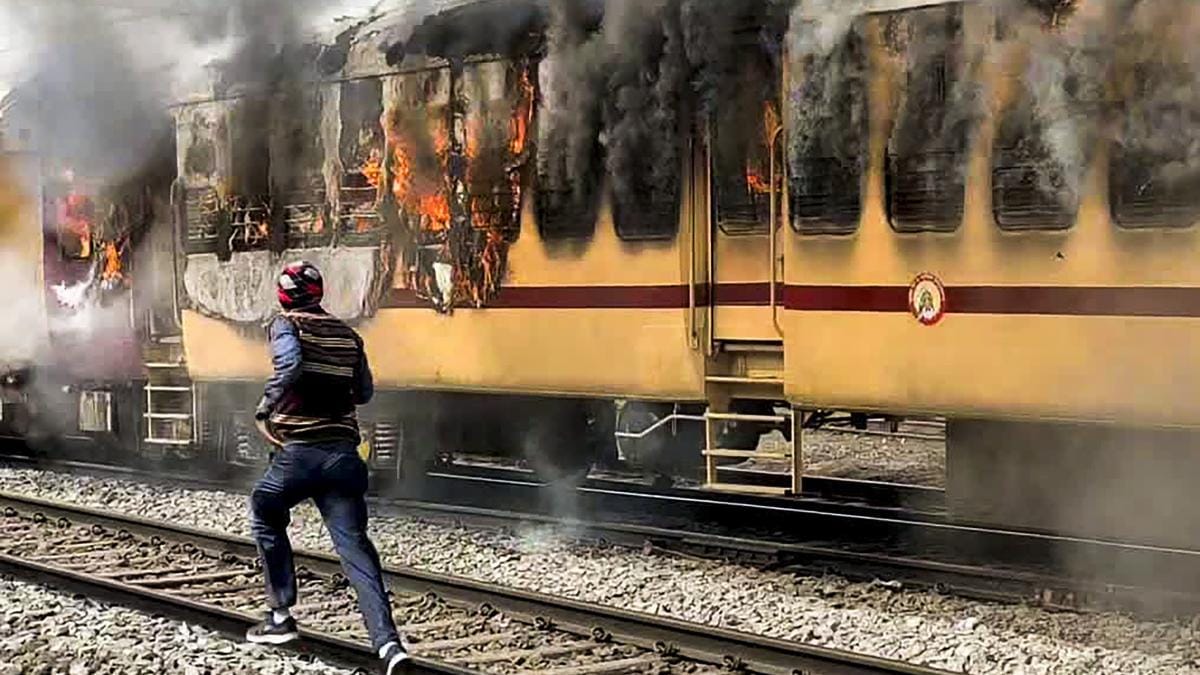 Youngsters in Gaya, Bihar, went berserk in a massive protest over the recruitment services exam by the Railway Recruitment Board’s Non-Technical Popular Categories (RRB-NTPC). The protest was to oppose the decision of Railways to hold the exam in two stages.

As per students, the decision to conduct another round of exams for those who have already cleared the first stage was found unreasonable. The results for the first stage were declared on January 15, 2022. In a rage, students and youngsters first stopped the trains and later they set a passenger train on fire.

Soon the place was flooded with police forces yet they failed to manage the students protesting. As per reports, students initially blocked the tracks by sitting on them. Later, the protest took momentum leading to a clash between forces and students. Around 1.25 crore candidates have cleared the exams for 35,000 posts from level 2 through level 6.

In order to maintain the peace, the Indian Railways department announced the suspension of the NTPC and Level-1 test. Not only this, but the Railways has also formed a committee which will look into the matter in a detailed manner and take viewpoints of the involved candidates and board members.

The committee will examine the results of the 1st Stage Computer Based Test (CBT) of centralised employees notice issued in 2019 (CEN 01/2019). The committee will check the methods used for shortlisting the candidates for the 2nd Stage. In addition to this railways has issued a mail ID, rrbcommittee@railnet.gov.in, to file any complaint or suggestion by the candidates. Three weeks have been given to students to file their complaints. On March 4, the committee will put out its recommendations on the basis of the feedback.

The Railways issued a notice which stated that job aspirants involved in vandalism and unlawful activities will be prohibited from getting jobs in the Railways ever. Later in the day, Union minister Ashwini Vaishnaw released a statement, “I request students not to take the law into their hands. We will seriously address the grievances and concerns raised by them”.