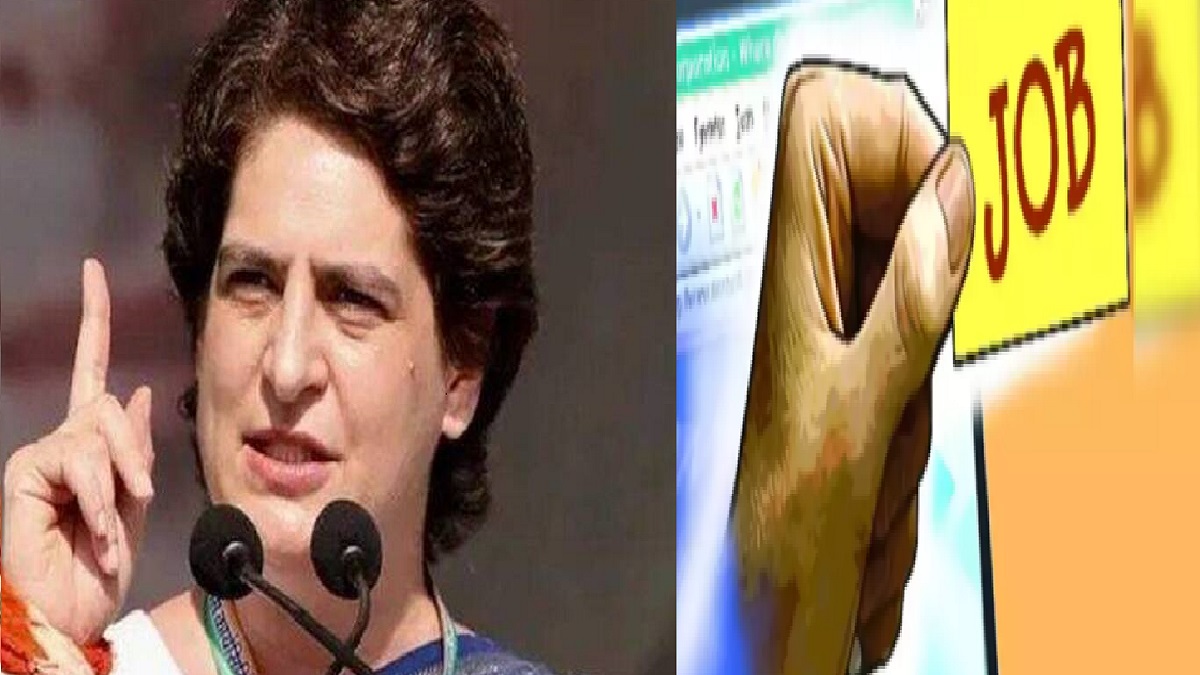 Congress, which is preparing for the UP assembly elections, is taking out a ‘Pratigya Yatra’ from today across the state. Congress General Secretary and UP in-charge Priyanka Gandhi Vadra announced seven pledges of the party, flagging off the Congress’s pledge march to every corner of Uttar Pradesh from Barabanki. On this occasion, she launched the slogan ‘Hum Vachan Nibhayenge’. She said that 20 lakh youths would be given government jobs if the Congress government came to power in UP. 40 percent tickets in the elections will be given to women candidates. Girls will be given smart phones and scooties. Priyanka Gandhi said that as soon as our government comes, the entire loan of the farmers will be waived off.

At the same time, the purchase of wheat and paddy will be Rs 2500 per quintal. The electricity bill of the Corona period will be waived and the bill of all consumers will be halved. She has announced that she will also give financial assistance of 25 thousand rupees to the families suffering from Corona.
Congress made these seven promises:
– 40 percent seats for women
– 20 lakh government employment
– Smartphone and scooty to girls
– Complete loan waiver of farmers
– Electricity bill will be half of everyone, dues of Corona period will be cleared
– Covid Crisis family would be given 25 thousand to the families.

Read more: VHP Wrote A Letter To The United Nations; Appeals To Stop Atrocities On Hindus In Bangladesh

Congress leader PL Punia said on Friday that the first route of Pratigya Yatra will start from Varanasi and end in Rae Bareli, which will include Chandauli, Sonbhadra, Mirzapur, Prayagraj, Pratapgarh and Amethi districts. The second route will start from Barabanki and end at Jhansi, covering districts of Lucknow, Unnao, Fatehpur, Chitrakoot, Banda, Hamirpur and Jalaun. The third route will start from Saharanpur and end at Mathura, which will include Muzaffarnagar, Bijnor, Moradabad, Rampur, Bareilly, Badaun, Aligarh, Hathras, Agra districts. Former minister Naseemuddin Siddiqui said that Congress has pledged to give 40 percent tickets to women, smartphones and electronic scooties to girl students.