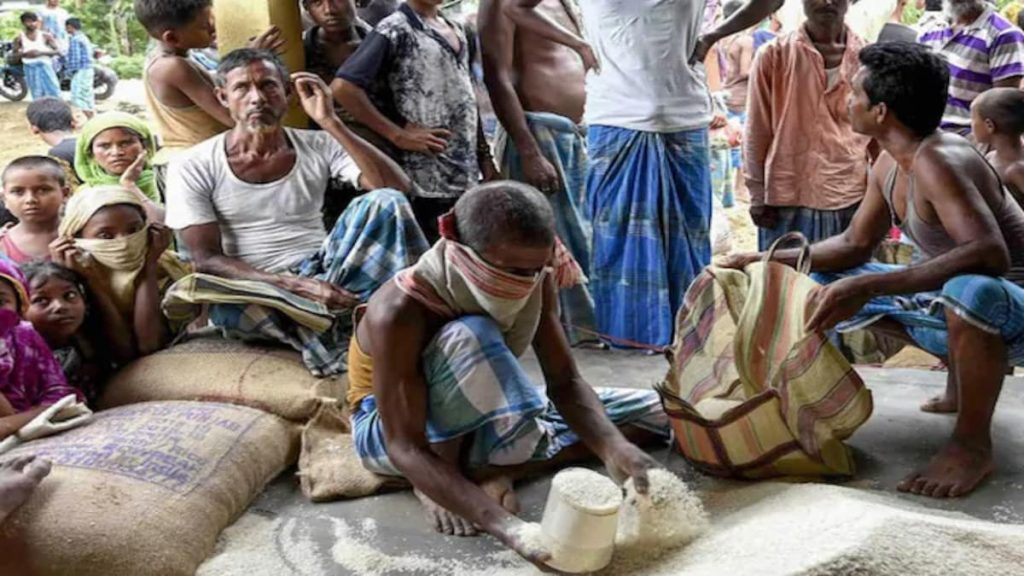 The PM-GKAY will continue for the next six months as PM Modi has announced the news from a press release on TV. This is the 5th phase of this welfare food scheme. This extension is equivalent to a return gift by the BJP government post winning 4 states out of 5 in recent assembly polls. 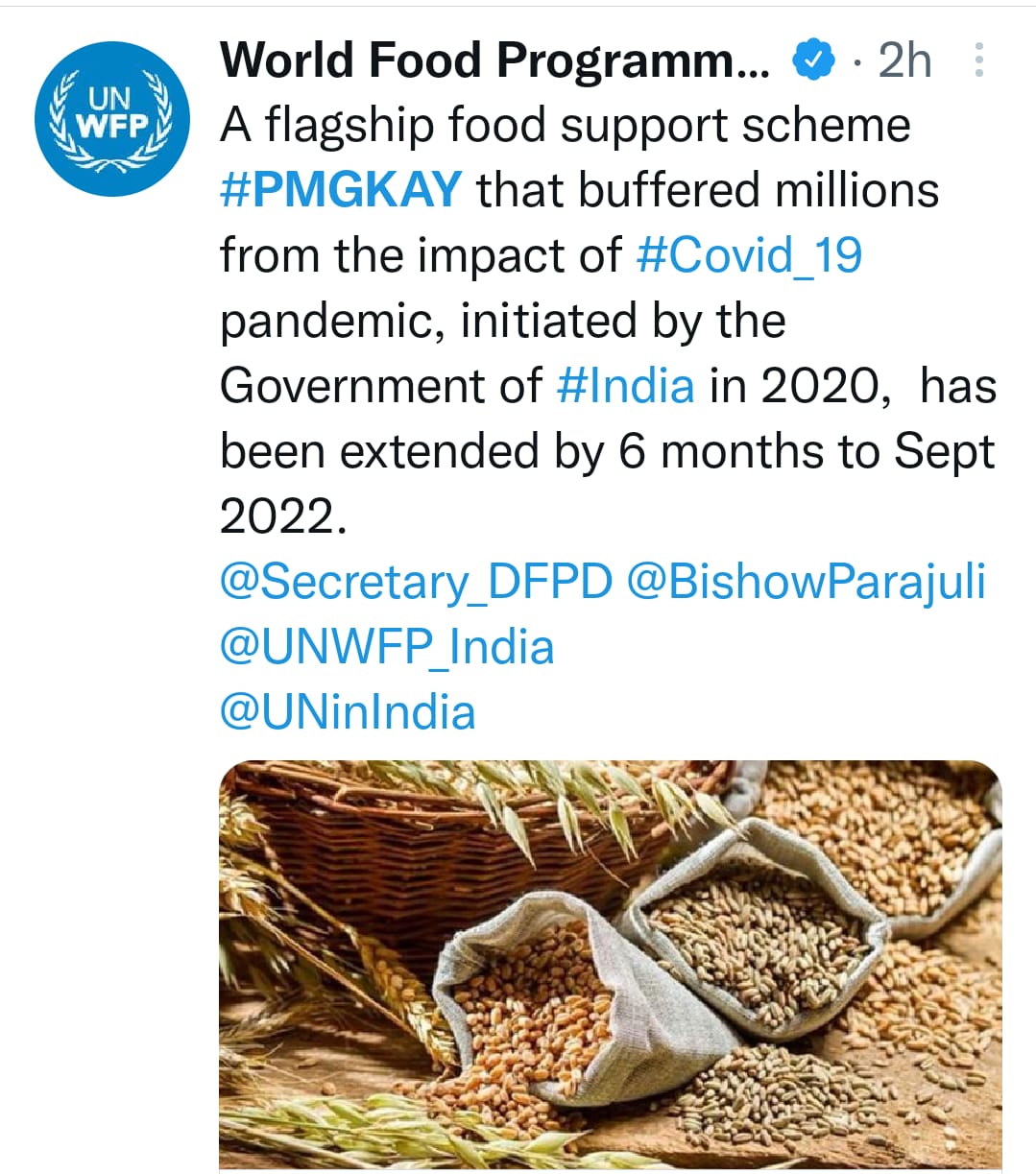 The decision was taken place during the cabinet meeting which was headed by PM Modi. The official statement of the meeting informs that the 5th phase of PM-GKAY will cost an additional Rs 80,000 crore in next six months. So, the total expenditure of the welfare scheme is touted at Rs 3.40 lakh crores till September 2022.

The officials said that the decision by the cabinet is taken keeping the benefits it gives to poor and needy people. As COVID-19 is controlled yet not finished and many people are still struggling to get fair means of livelihood. This addition will help them in sustaining some source of day to day needs.

There are no two ways about the fact the scheme has helped millions of people in the last two years during the pandemic. The beneficiary includes Rs 80 crore people in India which usually belongs to lower socio-economic class to lower middle class families. 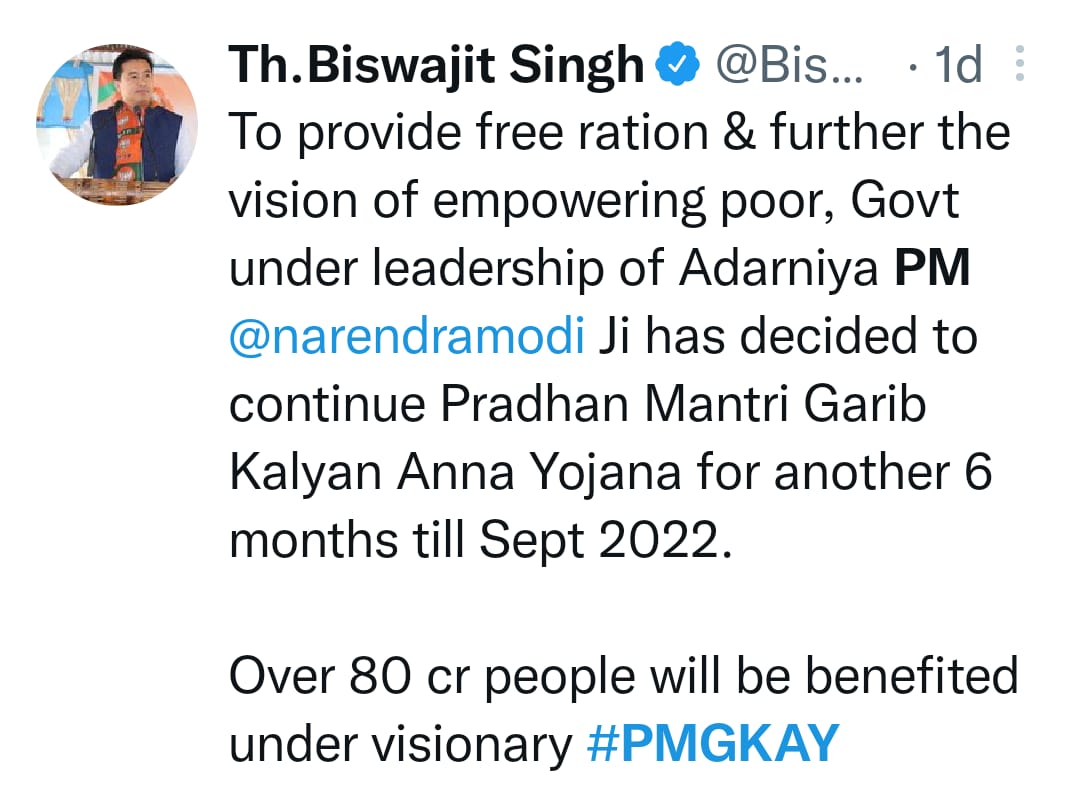 “Under the extended PM-GKAY each beneficiary will get an additional 5 kg free ration per person per month in additional to the normal quota of foodgrains under the NFSA. This means that every poor household would get nearly double the normal quantity of ration,” stated the official release.

Although the political experts and intellects says that the scheme has helped BJP to win the people’s mandate. As the food inflation is on rise since past few months, so this extension will be benefit people. Along with this the BJP is also looking to strengthen its foot for 2024 polls.

It has been seen the politicians who are able to click a scheme which taps the poor, lower middle class has earned success for them. Like Arvind Kejriwal’s scheme of free water and 200 units of electricity is also becoming popular in Delhi’s model.

Any scheme which holds the masses together always proves to be fruitful. But the flip side of the coin is that it so sad that despite of so tall claims that India is becoming a global power, reaching new heights of export etc.

More than 60% of population is dependent on free grains to survive. Unemployment is on its peak, fuel prices, food items, raw materials, milk and dairy products etc, everything is becoming too costly for the common man.

As per data, more than 23 crore people went below poverty line in last two years. The gap between the rich and the poorer is widening. It shows that such scheme will put an indirect burden on socio-economic factors for the common man in long term.