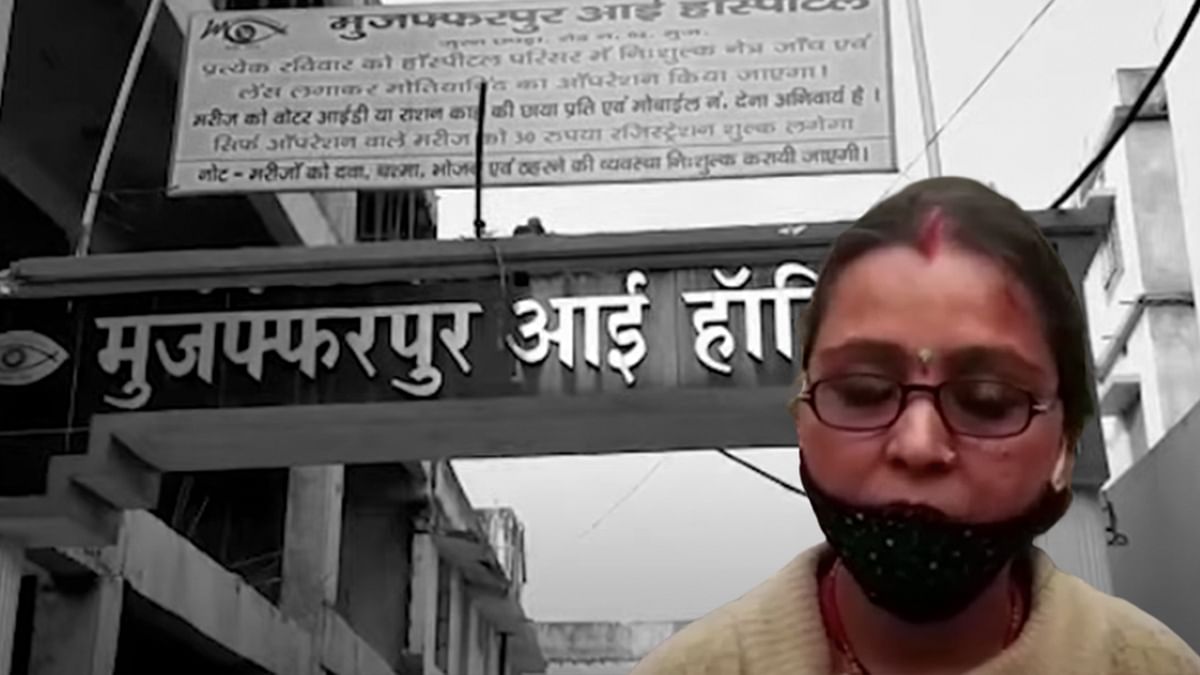 Scores of people attended a free eye check-up camp organized at Juran Chapra locality of Muzaffarpur, Bihar. Little do they know that the free checkup will be their life biggest nightmare. As per the reports, people visiting the free eye checkup facility were told to undergo surgery for cataracts, after initial checkups. After a few days few people developed severe pain in the operated eye, the doctors of the hospital provided them with painkiller injections. But this made the matters worse, a severe infection caught up their eyes and eventually they were suggested to get the operated eye removed to save the other one. The blame was transferred on the patients by the facility for their negligence which led to infection.

The negligence at the free check-up camp was brought to light first by Muzaffarpur Civil Surgeon Dr Vinay Sharma, who was visited by one of the patients, treated for cataracts by the facility and had developed a severe eye infection. The number rose to 65 which had just started with only four persons. The magnitude of the negligence and unprofessional behaviour was brought to light by Dr Sharma who reported: “More cases of eye infection have come to our knowledge. We have already constituted a team headed by the blindness control officer of the district to investigate the matter. The team has inspected the hospital and operation theatre which was used for the surgery. It failed on many parameters that compromised hygiene”. In this whole incident, eye specialist N.D Sahu is implicated, who alleged performed these surgeries with the least experience.

The National Human Rights Commission took sup-moto cognizance and issued notice to Bihar Govt. on 1/12/2021 over the reported botched up cataract surgeries. Further, Dr Vinay Sharma has filed an FIR against the lapses during the surgeries. The additional secretary health Pratyaya Amrit said “The guilty would be brought to the book. We are taking stock of the situation.”

The whole episode has once again highlighted the sorry state of affairs in Bihar especially the medical sector. The poor people are attracted to these free camps over a well-qualified doctor suggesting the lack of good infrastructure in both the Govt. as well as the private sector. Further, it brings us to another aspect of medical ethics of non-maleficence which is often violated either to earn profit or in this case to launch a career via free camps, to earn the goodwill of the people. This lapse on the part of such a surgeon is in breach of the trust people in India repose in their doctors. The free camps are no good if it ends up violating this trust. This also reflects how poor people are most vulnerable to such forgeries and strong measures on the part of the state are required to protect them.

Meanwhile, the locals are now demanding compensation. A local Indira Laswan, whose husband was the victim, said “ Who is going to take responsibility for all the lapses. My husband is the sole bread earner. My family is in dark now”. There is a need to swiftly assess the situation, provide people with the best of care and bring to book people for their lapses and negligence.