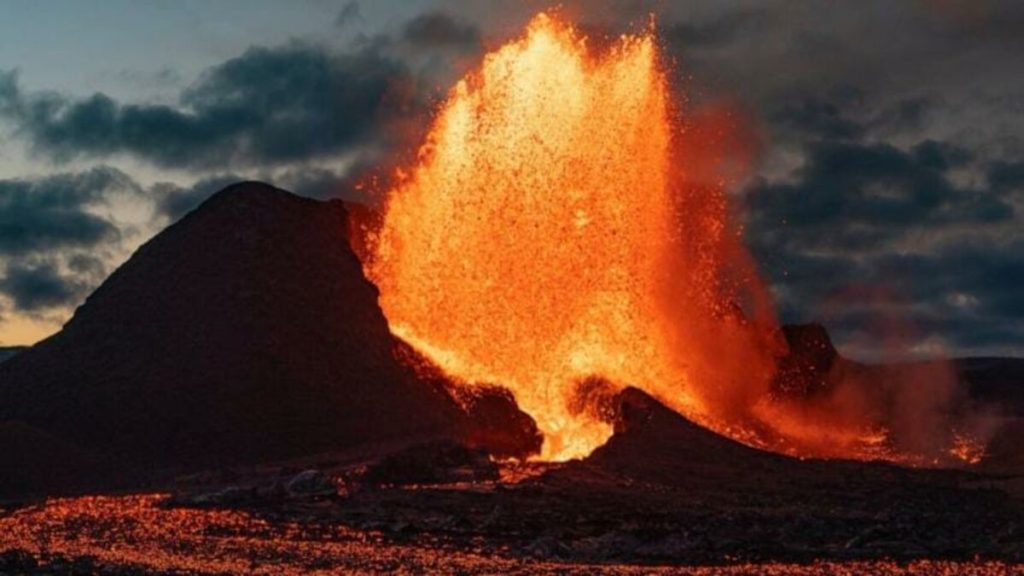 Lava emanating from Mount Fagradalsfjail Volcano in Iceland has become very special for tourists and geologists. Near Iceland’s capital, Reykjavik, lava is blazing like iron in a steel factory. Here this lava has spread over a large part of about 40 km. Here scientists had seen tremendous seismic activity for the last few days.

This volcano erupted in March last year, and lava has been coming out of it for about six months. Even then, its effect was seen in an extensive area. For the tourists coming here, this is nothing less than a unique thing to see. On the other hand, for scientists, there is a store of secrets hidden in the womb of our earth. 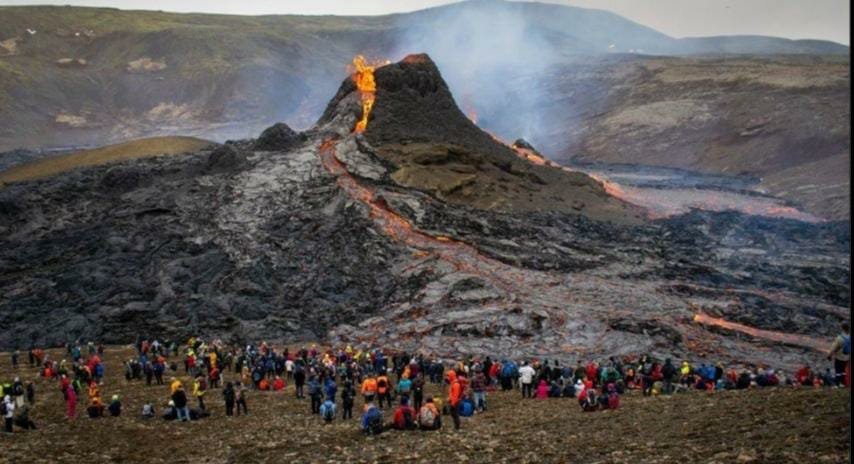 The lava from this volcano bounces in the air for about 30 meters or 65-100 feet. Smoke continues to come out of it even after several hours of cooling. It takes some time for it to cool down completely. According to AFP, it has become a special place for tourists after the volcano eruption.

According to the Icelandic Meteorological Office, it originated from the Meradlir Valley, less than a kilometre from here. Since the volcano eruption, earthquake tremors have been felt about 1000 times. The most severe of these blows was a five on the Richter scale. 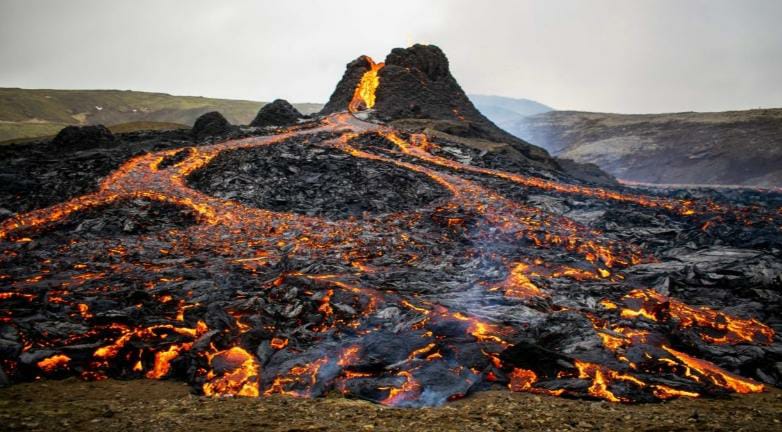 This is also special for scientists because the hot ash that came out before the volcano erupted here did not come out. Nor did the gas come out before here. Scientists say that with the volcano’s eruption, sulfur dioxide gas comes out, which causes a lot of environmental damage. It is also hazardous in terms of health. With the wind, this gas spreads over an extensive area. The worst hit is those areas that are dense in population.

On behalf of the Foreign Minister of Iceland, it has been said that the eruption of this volcano has not affected the airlines. About one and a half hours after the outbreak of this volcano, a commercial plane had also passed over it. According to him, due to its eruption last year, about 140 crore cubic magma was spread in a huge part.