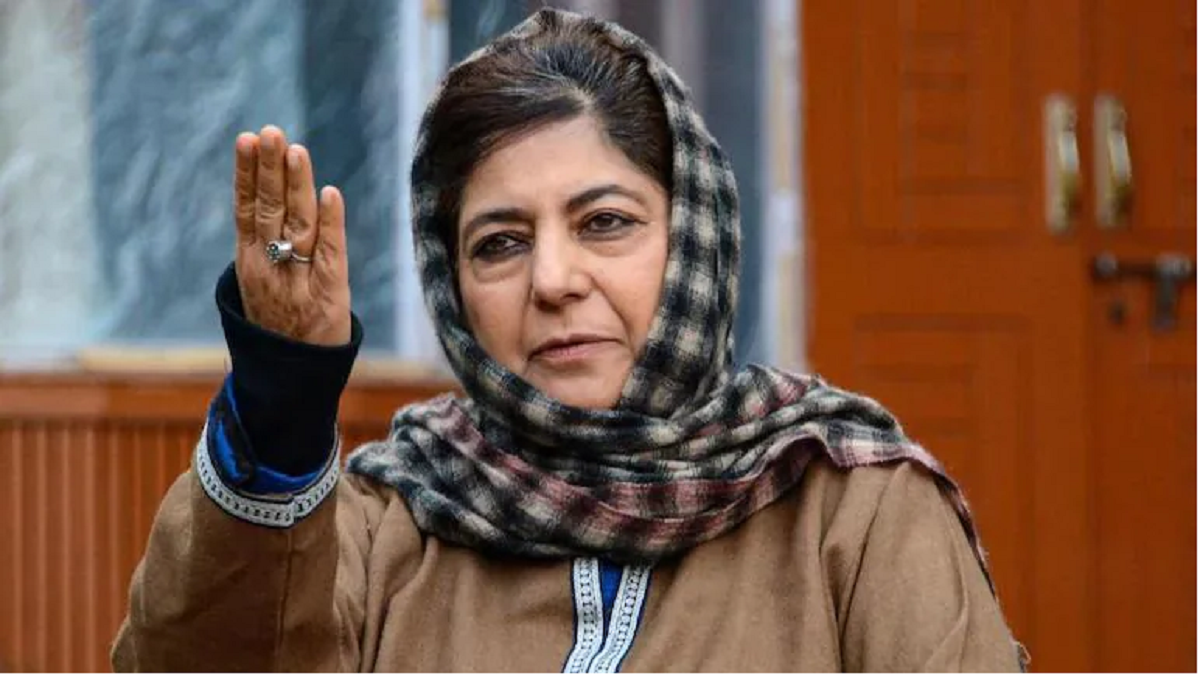 PDP president and former chief minister of Jammu and Kashmir Mehbooba Mufti has now entered the elections to be held in other states including Uttar Pradesh. She said that 70 years ago, people had a chance to liberate the country from the British. And today we have got a chance to get rid of BJP too. It will be bigger freedom than the freedom we got from the British because they want to break this country based on religion. They want to divide this country into Hindus, Muslims, Sikhs, Christians.

Former Chief Minister of the state Jammu and Kashmir, Mehbooba Mufti is on a visit to Jammu these days. Former Jammu and Kashmir Chief Minister and PDP chief Mehbooba Mufti are continuously attacking BJP these days. She said that the party leaders and workers should strongly oppose the anti-people actions and decisions of the administration. During the meeting with the leaders in the party office, she said that the administration has done anti-people work by demolishing the houses of the tribal people in Roop Nagar without giving any notice to them.

He said that the administration is not even handling the illegal construction of leaders associated with BJP, while the work of demolishing the houses of the poor is being done by the administration fast. The administration is very well aware that they can’t demolish the illegal constructions of the party leaders as they will withdraw their support to the party while the poor can’t do anything against them. Mehbooba Mufti also asked the party workers and leaders to take precautionary measures to strengthen the organization given the spread of the coronavirus before making any new decision regarding rallies or large gatherings.