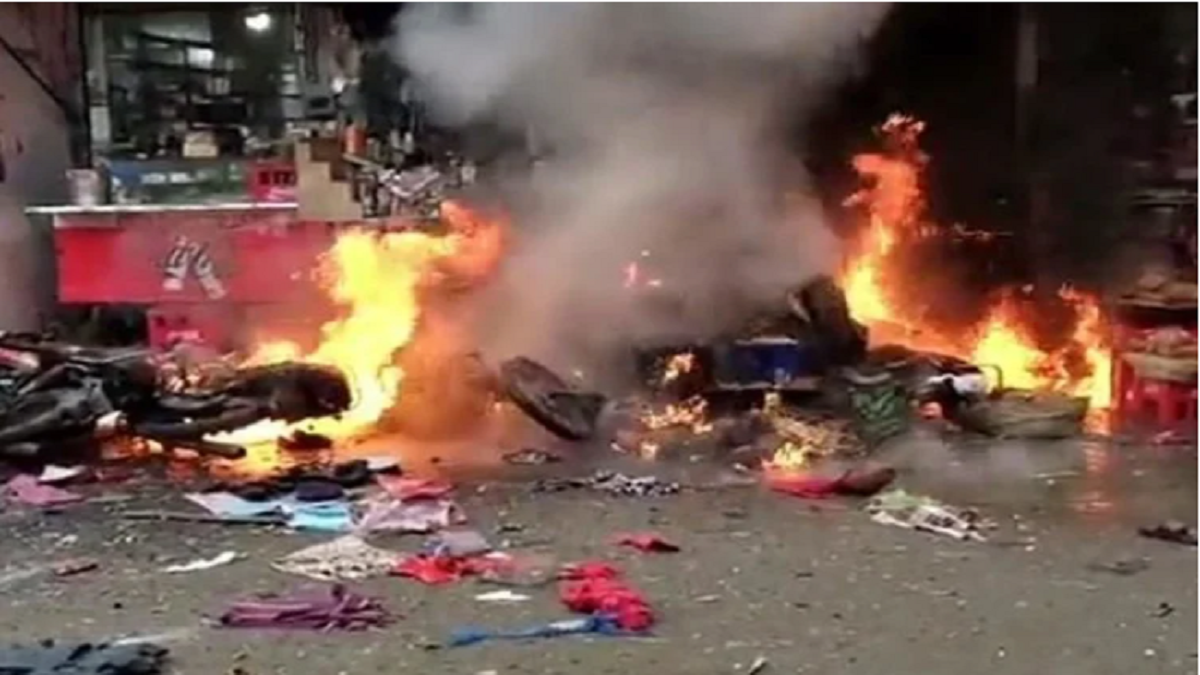 The very bad news of the bomb blast came from Pakistan’s Lahore area on Thursday. It is being told that there was a loud explosion near Lohari Gate in Lahore on Thursday afternoon. As of now, two people are reported to have lost their lives in the blast. Along with the two persons a child was also reported among the dead in the bomb blast. At least 25 people are said to be injured in this bomb blast in Lahore in Pakistan. This number may still increase as still 25 people are hospitalized after this attack in Lahore. Due to the blast, windows of the nearby shops and houses were also broken and vehicles were also damaged. The strength of this explosion was very high that created ruckus among the people of Lahore. After this attack, there is an environment of fear all around Pakistan.

Police officials said that due to the explosion, there was a 1.5 feet deep crater in the ground, by this only we can identify the intensity of the blast. The injured have been admitted to the nearby Mayo Hospital. Hundreds of people visit this area daily. There are also many types of markets and offices of traders. The police have started the investigations in the case.

Mayo Hospital officials said that four of the injured were in critical condition. The team of doctors is making every effort to save the life of injured people. The head officials further said, “Our team is also engaged in the treatment of other injured and we are trying our level best to save their lives”. Meanwhile, Lahore Deputy Inspector General of Operations Dr. Muhammad Abid Khan told Pakistan media that the investigation is in the preliminary stage and the nature of the blast is being ascertained.