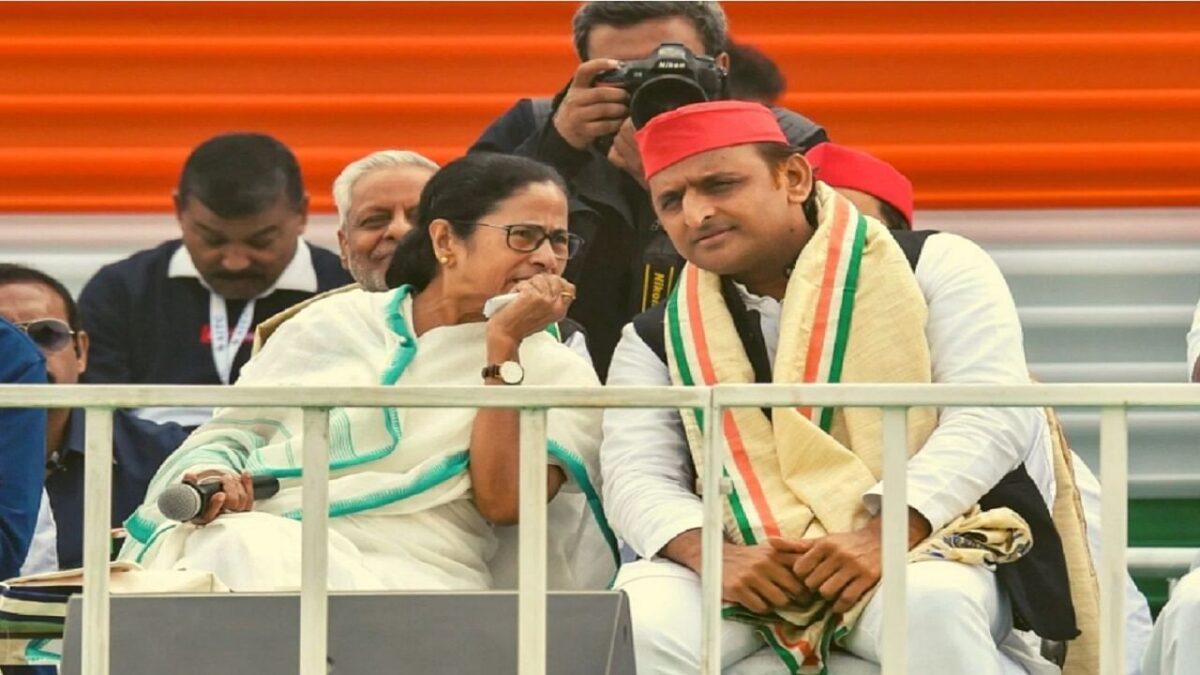 MAMATA DIDI BACKS AKHILESH FOR THE WIN IN UP POLLS

The chief minister of West Bengal Mamata Banerjee has shown support to the Samajwadi Party (SP) Supremo Akhilesh Yadav. She gave away a crisp and clear message to wipe out the BJP from Uttar Pradesh as the incumbent ruling party represents ‘Undemocratic India’. She asked the voters to stay united and vote for Akhilesh as other Opposition parties will cut the votes. Didi also chanted the slogan “Iss Baar Akhilesh Sarkar, Iss Baar 300 Paar”.

CM Banerjee tore apart Modi and Yogi for spreading hate and animosity between the people across India. She said they talk about division of Hindu and Muslim, ‘the 80 and 20’.

“BJP is danger to Hindustan. The BJP has become a khatra party. You have to stand on your feet and defeat them,” she said. She further added that CM Yogi will create a ruckus in the state if he comes back again.

The long speech addressed the unfair treatment with the people of India. “You can destroy everything. You are playing with Baba Ambedkar’s constitution and don’t believe in the law. Modi ji and Yogi ji say big things but good in giving jumlas only,” she said. In the end, she requested all castes and genders to come together and vote for Akhilesh Yadav. Along with this, she reminded the people of UP that “If Bengal can do , UP can do it too. Khela Hobe In UP”.