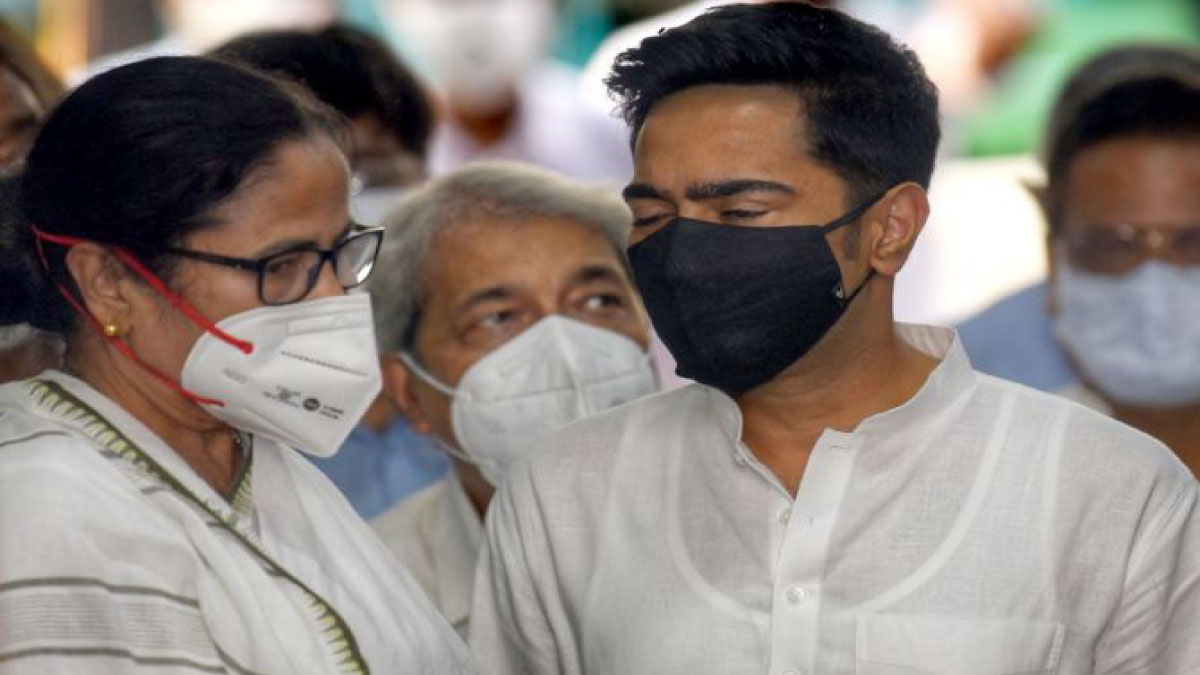 There is a growing rift between Mamata Banerjee, the CM of West Bengal and her anointed successor and number 2 in the party hierarchy, her nephew Abhishek Banerjee. Her displeasure was quite clear when she made a very important statement at the airport while leaving for Lucknow that she would not go to Goa to campaign for the election, as somebody was already doing that.

This harmless word ‘somebody’ indicated that everything in Goa now has to be handled by Abhishek independently, and she had withdrawn herself from there completely.  But it is well known that TMC is running a high decibel poll campaign there as a part of its national expansion programme. 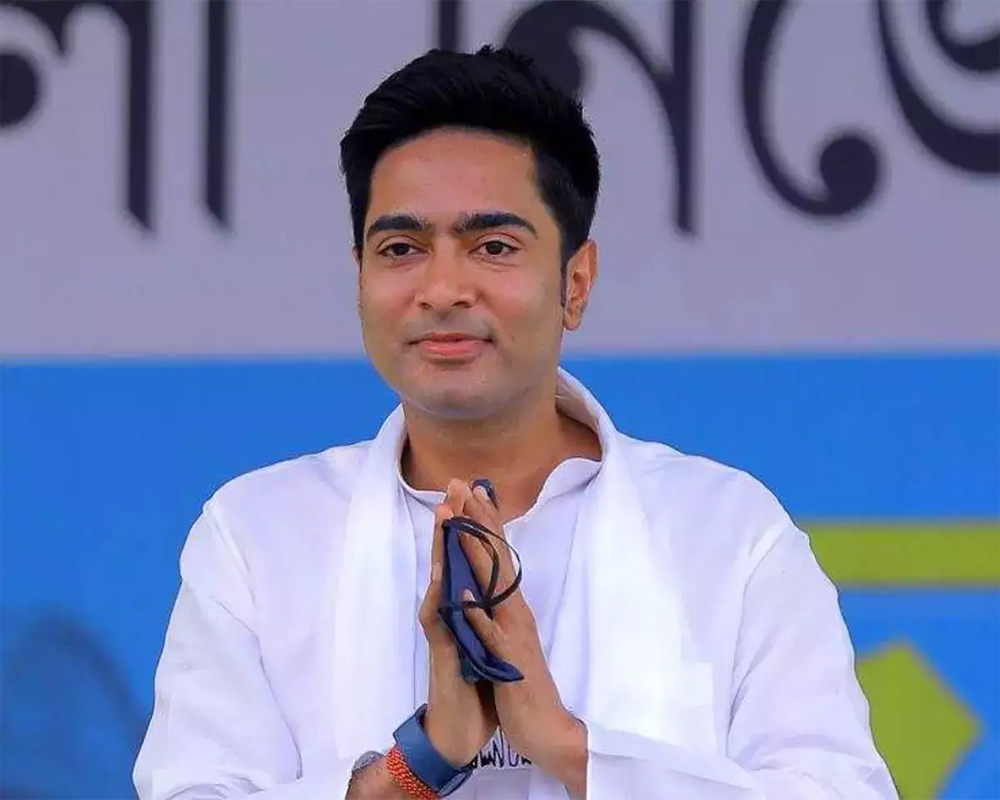 It is understood that, of late, her nephew opposed certain decisions of Mamata and also tried to chalk out a new plan for the party. It is also reported that Abhishek had given an interview that indicated that he was in a hurry to replace Mamata. He said he believed that there should be an age limit for politicians. He meant to say that a politician should retire after 65 or 70. It needs to be mentioned here that Mamata is 67 now. An upset Mamata decided to cut her nephew to size.

West Bengal CM’s nephew disagreed with her policy of taking back party deserters and rewarding them some posts or accommodating them in some way. Opposing the policy, he said that it happened  because “Mamata is  benevolent, but he is not.”

The difference arose again with regard to Abhishek’s managing the COVID-19 pandemic situation very strictly in his Diamond Harbour constituency. He enforced the banning of any type of gathering and wearing of masks compulsorily. However, he found serious faults with Mamata’s giving permission for Gangasagar Mela and other festival gatherings in the state.

Criticizing his aunt he clearly said that he was personally against any type of gathering during the festivals. Reacting to his criticism, Mamata said in a party meeting that she is the authority in West Bengal, hence, it is her who will take all the decisions. “Let Abhishek look after the expansion drive outside the State,” she said.

Actual Cause Of Rift 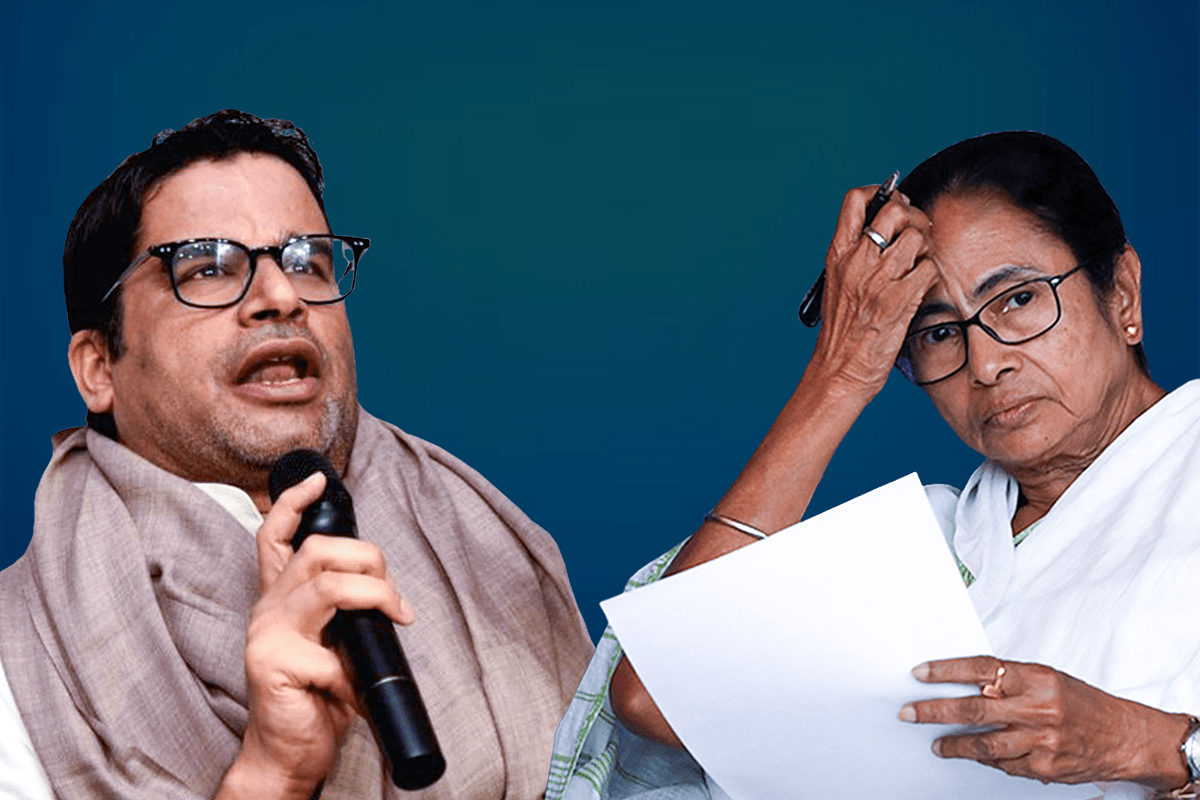 Insiders point out that the sole cause of the rift is Prasant Kishore, the political strategist whom Abhishek had brought to the state before the last General Elections. After the spectacular performance of the TMC in the election, Abhishek was made to believe by him that it was his miracle and he convinced his aunt about it. He also gave her the idea of utilising PK’s expertise in launching a national drive to expand the footprints of the party outside Bengal. Accordingly, such a project was started in Goa, Tripura, Meghalaya and some parts of Assam.

PK is very close to Abhishek and he has started whetting him with political ambition. He advised him that with the party’s expansion in other states, Mamata will emerge as a national leader and a strong contender for the PM’s post. Hence, he advised Abhishek that very soon he would be able to replace Mamata. But Mamata realized that there was no substantial contribution of PK to the winning of the last election, and he has failed in their national expansion programme.

She was convinced that the party won because of her planning, policy, administration and her image as a leader. Thus she distanced herself from Prasant Kishore and decided to clip his wings. This has come as a great setback to Abhishek.

Mamata believes Absishek needs some experience in politics. But her nephew is young and is in a hurry to take the place of his aunt. Apart from brainwashing him, PK also egging him to assert himself. Mamata is a mature leader, therefore, she will be able to handle the internal problems efficiently, but her pet goal of National expansion may face set back.