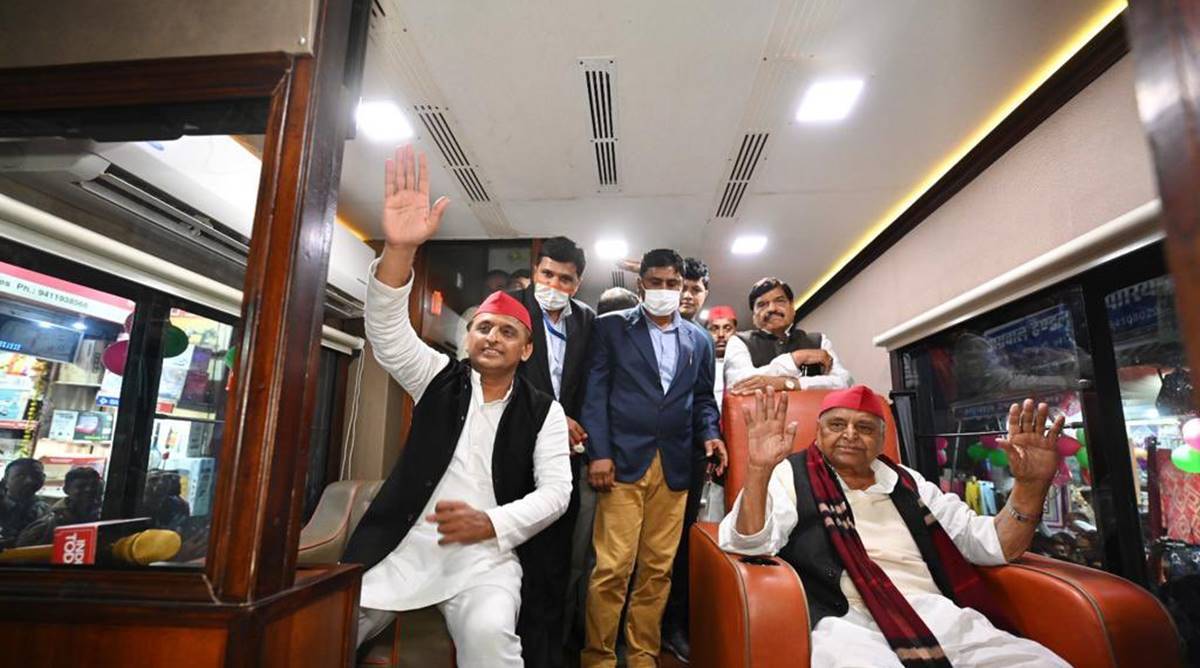 As UP polls are moving ahead heat and zest to win is becoming stronger. Tomorrow UP will vote for its third phase and voters will decide the fate of the most talked about the seat of polls The Karhal Seat. The Samajwadi Party founder and father of Akhilesh Yadav, Mulayam Singh Yadav made a rare appearance in a rally in Mainpuri district’s Karhal. Akhilesh Yadav is contesting from this seat against the Union Minister Of BJP, SP Singh Baghel. Though the Karhal seat has been ruled by the SP for the longest time even BJP has a strong foothold here. The fight is considered to be neck to neck.

UP: #MulayamSinghYadav seeks votes for son; appeals for his victory with record margin from #Karhal https://t.co/X8S7D0a5xS

The political giant and Akhilesh’s father Mulayam Singh Yadav appeals to the crowd with an emotional tone. He asks for undivided support to all SP candidates throughout UP and for his son too. “They will play a major role in the development of the state and the country and only an Akhilesh-led government can fulfill those dreams,” says Netaji. He thanked the people gathered in huge numbers and also promises the youth, farmers, and businessmen a bright future under their party. Akhilesh Yadav thanked his father’s presence and touched his feet. He says “This is the place where Netaji studied, taught, wrestled, and learned politics. He took the party to a whole new level. Now it’s our responsibility to maintain it”. Not only hitting BJP with his one-liners SP chief says that “Ghosts will dance at their polling booths this time in Karhal”. He also says that Amit Shah Ji rally ground is empty and vacant seats that he saw while coming here.

Well even BJP was not far behind in hitting out at SP. Amit Shah, Union Home Minister, while addressing a rally in Mainpuri in Karhal says winning Karhal is like winning 300. He also says that for a clean government in the State you have to defeat Akhilesh Yadav and SP. Taking a dig at Akhilesh Yadav he says “Netaji has to come and ask for votes in this heat and age”. While attacking Yadav for nepotism  Amit Shah Says PM Modi is a son of a tea seller and knows the pain of poor people. He defines SP as S stands for ‘sampati ikattha karo’ and P stands for ‘pariwarvaad’. Mr. Shah also says that BJP’s candidate SP Singh Baghel is chosen to solidify the BJP mantra of ‘Sabka Saath Sabka Vikas’ for every person.