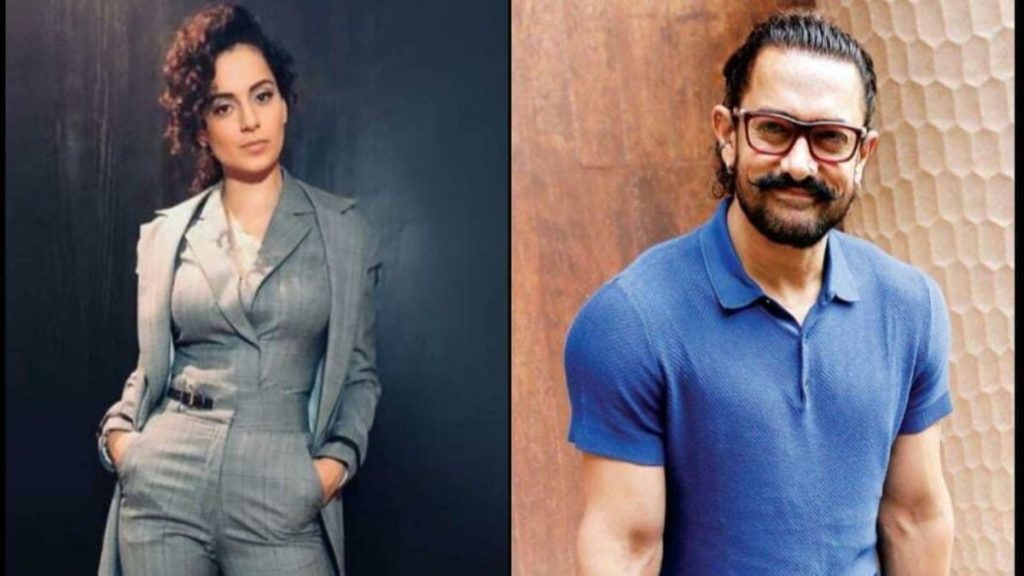 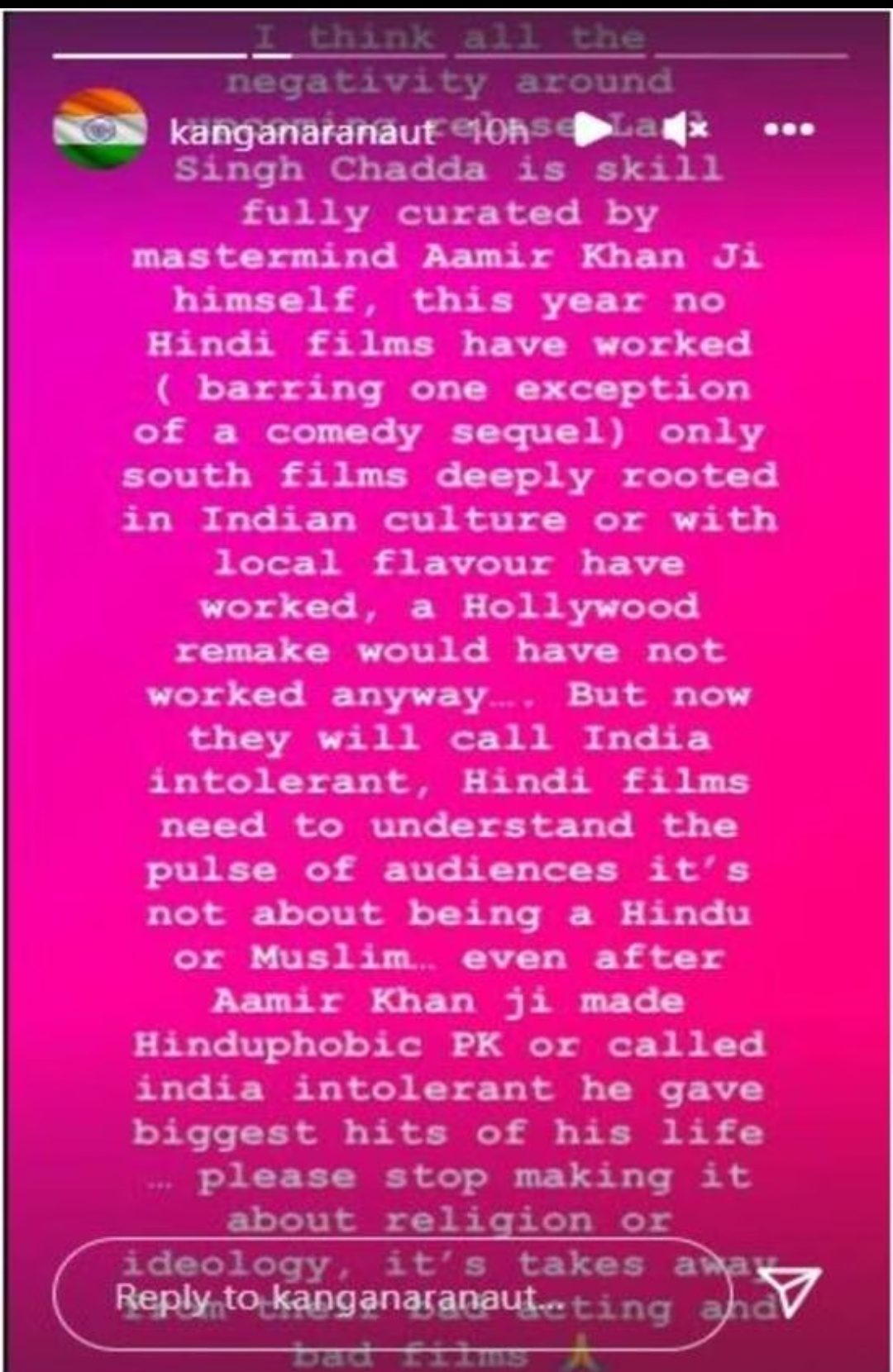 Kangana has written a lengthy note on her Instagram story regarding the boycott of Aamir and Kareena Kapoor’s film ‘Lal Singh Chaddha’. Aamir Khan had given a controversial statement on intolerance a few years ago, referring to the same; Kangana has targeted the actor.

Kangana wrote, “I think the negativity that is going on for the release of the upcoming film Laal Singh Chaddha is created by the mastermind Aamir Ji. No Hindi film has been able to do well this year. (except for a comedy sequel). Only South films with deep roots in Indian culture or local flavour have worked. Hollywood remakes don’t work anyway…but now they will call India intolerant.”

Kangana further wrote, “Hindi films need to understand the audience’s pulse. It’s not about being Hindu or Muslim. Aamir Khan Ji gave the biggest hits of his life even after calling Hindu phobic PK or India intolerant. Please stop making this about religion or ideology. It takes away from his bad acting and bad films.” 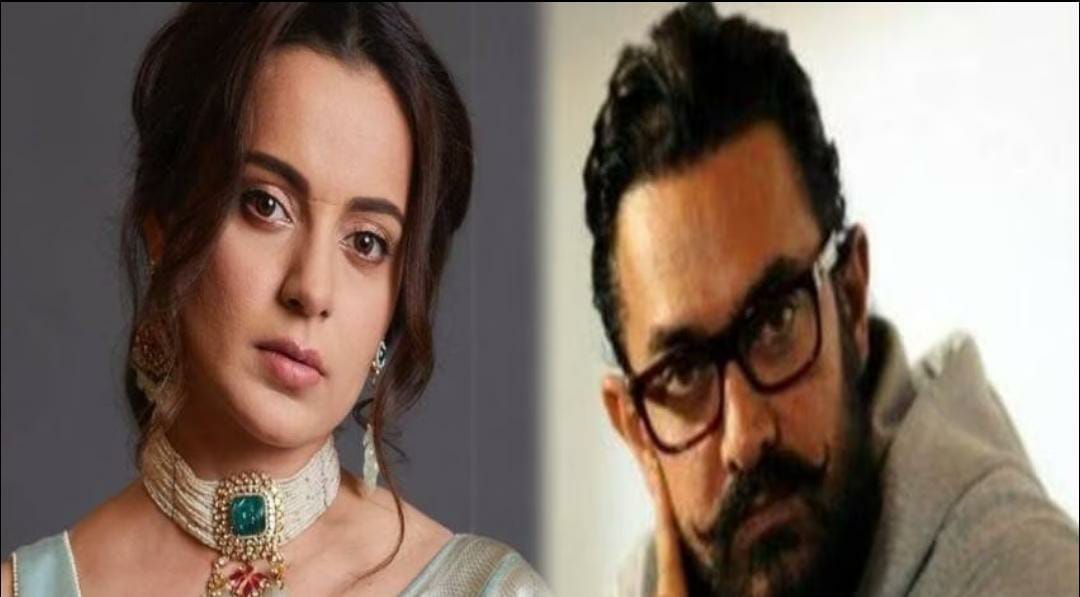 Let us tell you that Aamir Khan’s film is being boycotted on social media. People are demanding not to watch the movie. In the promo of Karan Johar’s show ‘Koffee With Karan’, it was also seen that Aamir has expressed concern about his film ‘Lal Singh Chaddha’. The actor said I am afraid that if the film does not do well at the box office. To this, Karan asked, are you under stress? Aamir said, “Of course, I am under pressure.