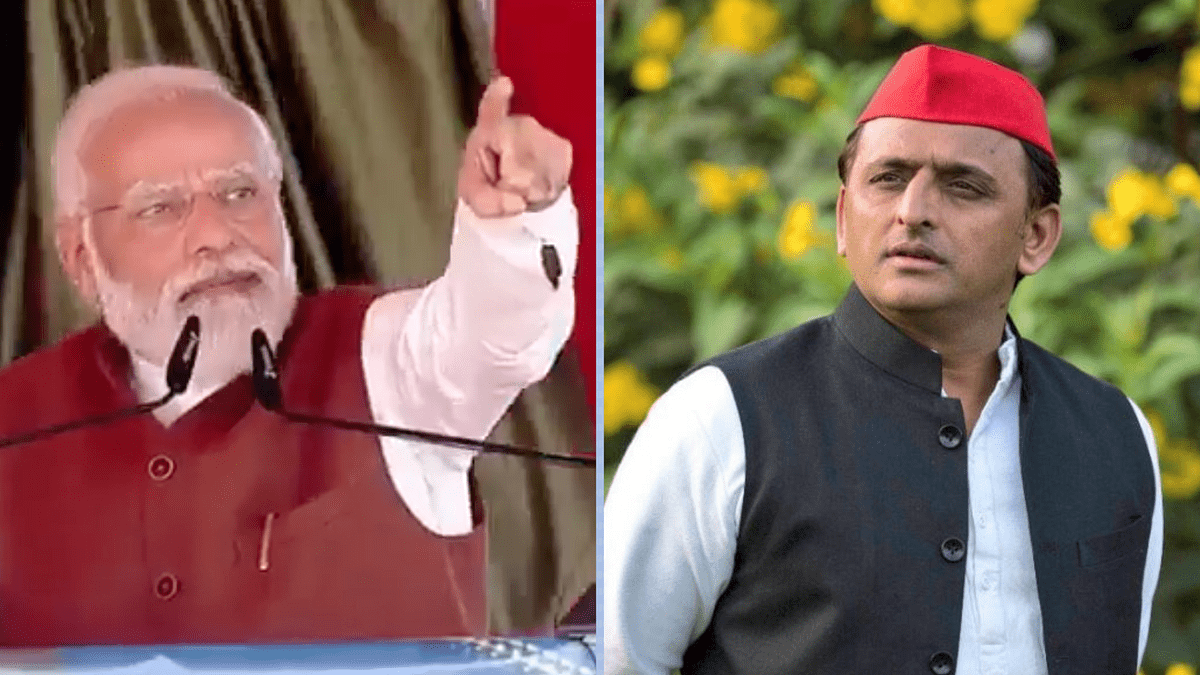 In Lucknow, the capital of Uttar Pradesh, a discussion was common for the past two days. There was a discussion that after the meeting of Akhilesh and Shivpal Yadav, it should not happen that the raids of the central investigative agencies should start. The discussions went viral on social media. People also gave their reactions on them and on Saturday morning the raids of the Income Tax Department started on the houses of the leaders of the Samajwadi Party. Samajwadi Party is terming this raid as political. Targeting the BJP, SP chief Akhilesh Yadav said whether the government will now conduct raids on 22 crore people of the state. However, political analysts say that raids by central investigative agencies on the homes and establishments of leaders of political parties ahead of the elections are not new. However, experts believe that the raids by the central investigative agencies during the elections have an effect on the elections.

Political analyst M Kumar says that we should look at the pre-election raids from two perspectives. First timing and second motive. He says that in both respects, the raids of investigative agencies during elections have always been viewed with a skeptical perspective. However, Professor Kumar says that such raids of central investigative agencies used to happen not only during the time of BJP but also during the government of other ruling parties. So this process of raids in the election period is very old and its purpose and timing have always been questioned. He says that it is also clear that these raids have an impact on the elections. Sometimes the opposition parties of the ruling party in the center get its mileage and many times they are not able to get it.

Akhilesh said, “BJP is being exposed”

On the other hand, SP chief Akhilesh Yadav took a jibe at the central government regarding the raids of the Income Tax Department in Uttar Pradesh on Saturday. Akhilesh Yadav said that the more the BJP’s fear of defeat increases, the round of raids by central investigative agencies on opposition parties will also increase. It is said that his party will not be afraid of such raids, but his chariot and his programs will continue to happen continuously. Akhilesh Yadav said that BJP is now being exposed by such raids. He says that now the BJP government will also raid 22 crore people of Uttar Pradesh. SP chief Akhilesh Yadav says that when the BJP starts to suffer defeat, then big leaders come from Delhi. Now he has sent the Income Tax Department, gradually the ED will also come. Raising the question, Yadav said that if the Income Tax Department had so much information, then this raid could have happened a month ago, but this raid just before the election shows that the BJP is completely frustrated and disappointed. SP chief Akhilesh Yadav says that now along with BJP, income tax has come to contest elections in Uttar Pradesh because BJP has no new way left.

BJP got the advantage in the SP-PRSP competition

A senior political expert who understands the politics of Uttar Pradesh said that it was seen in the Lok Sabha elections where Shivpal Yadav’s party Pragatisheel Samajwadi Party and Akhilesh Yadav’s Samajwadi Party competed, where BJP candidates won the election or They got the lead. In such a situation, from the political point of view, the union of both the leaders can do little but electoral damage for the opposition parties. In such a situation, only the politics of pressure works. Akhilesh Yadav is also terming this raid as a politics of pressure. He says that more raids are possible in the next few days. Senior journalist says that not only CBI but other agencies are also investigating many irregularities during the SP government.