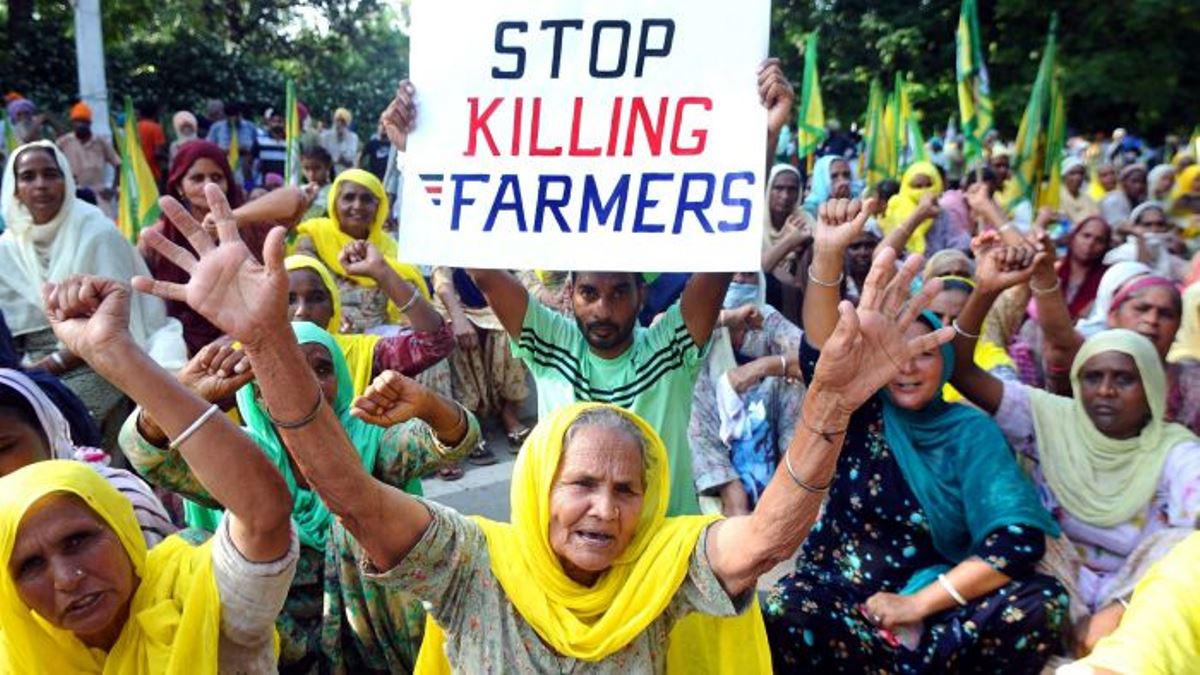 As seen by the Congress party’s employment of a divide-and-rule strategy to win elections during the dreaded Khalistan period in the 1960s and 1980s, the Congress party demonstration that politics could fracture even the most solid of communities. Despite the fact that Sikhs and Hindus are almost similar in Punjab, the Khalistanis started killing Sikhs, Hindus, and anybody else who dared to oppose them as a consequence of a large number of murders and the resultant bad blood.

A long-distance relationship between Khalistan and Pakistan is re-emerging in some sections of Punjab, this time after many decades of absence. While it is true that there is a farmer’s strike underway, no one can deny that political parties and foreign funders are assisting in its continuation.

The former Punjab Head Minister, Captain Amarinder Singh, believed that Navjot Singh Sidhu had acted inappropriately by embracing Pakistan’s army chief at the time when the brave men and women were being slain in the country’s proxy war with that country.

In order to find a solution, Amarinder Singh wants farmers and the government to collaborate, but his first concern is to defend Punjab, which is a border state, from Pakistani influence. This is one aspect of his character that I find commendable.

With the number of guns, ammunition, and drugs that its drones transport over the border, Pakistan has shown time and time again that it will not back down from its horrific behaviour. In addition, a number of Pakistanis have been caught or killed in border areas and other parts of India.

Also read: The Worried Congress Wants An Investigation Into The ISI Ties Of A Friend Of Captain Singh

Similarly, we must put an end to the so-called Farmer’s Protest for the sake of our own safety, peace, and unity. The brutal murder of a Dalit labourer by Nihang and the months of highway closures that followed necessitated the intervention of our security force in order to restore order to our highways. It is just as necessary as farmers to support those who have been forced to abandon their livelihoods and businesses, as well as their daily lives, as a result of the 10-month nightmare.

Every day, even trucks and travellers must make lengthy diversions in order to use other routes. The situation just cannot be allowed to continue. In India, according to some estimates, there are more than 90 million farmers, and 99 percent of them are delighted with the Farm Reforms, which have provided them with more alternatives when it comes to selling to the highest bidder. They are pleased with the outcome. It is time to put a stop to Farmers’ Demonstrations And Politics.

The rallies and the protests are certainly filled with some deep meanings. They are something more than the protest that the common men are thinking it to be. There are major political games, connections that are connected with the movement. Because the rallies are not really about farmers but also about intermediaries and political parties that are participants in the game, which are interconnected, a country might be held to ransom for as little as 1 percent, or even less.