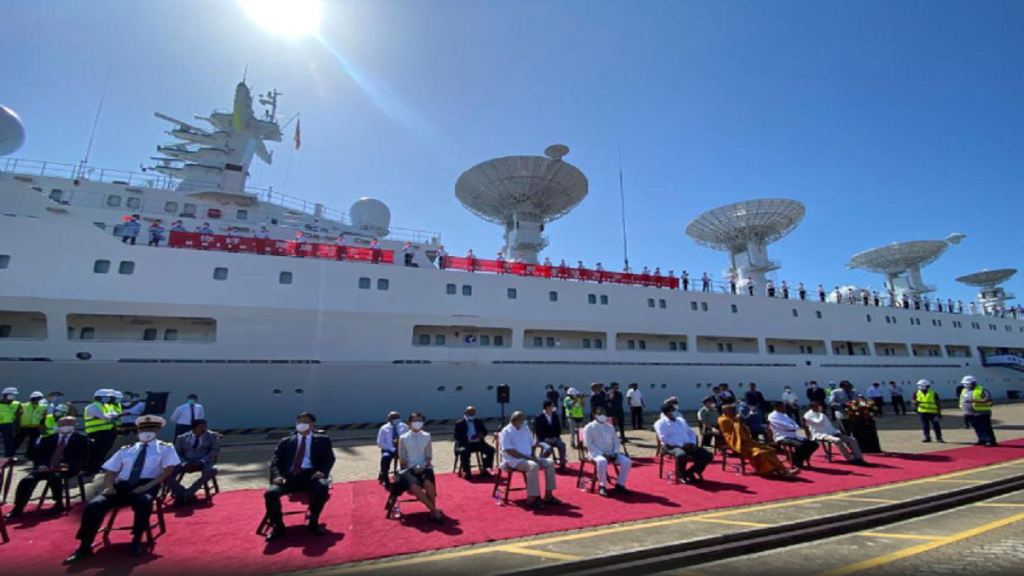 The spy ship Yuan Wang, under the control of the Chinese army, reached the Hambantota port of Sri Lanka on Tuesday morning. With the arrival of this port, the Chinese spy ship Yuan Wang has reached all the ports and nuclear research centers in southern India up to Andhra Pradesh. Experts on defense clearly believe that India’s security is under threat due to Sri Lanka’s lax foreign policies. Because this Chinese military-controlled ship will remain at Sri Lanka’s Hambantota port for a week. In such a situation, Indian security agencies are also not only alert but also keeping a close watch on each and every functioning of Hambantota port.

In fact, China has taken the Hambantota port of Sri Lanka on a 99-year lease under an agreement. According to the agreement of Sri Lanka and China, only commercial activities will be operated here. Foreign affairs experts say that China’s intention is not clear about the port’s operation. After taking the port, China not only sent its missile tracking and satellite system-equipped spy ship Yuan Wang to Hambantota port but also stopped it for a week at this Sri Lankan port bordering India. Abhishek Singh, who is an expert on foreign affairs and a teacher at Delhi University, says that India’s border is not far from the place where this Chinese army ship is standing. As this ship is also known as “Spy Ship” all over the world, in such a situation, not only is there a big threat to India’s security from this ship, but this ship can also collect all the information from the point of view of espionage. 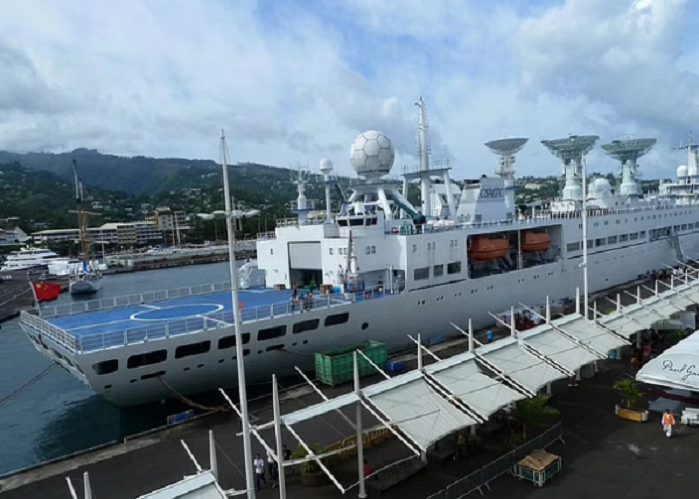 With China’s investment in the Hambantota port, the whole world started to fear that China could also build a big military base on this port of Sri Lanka. The US intelligence agency CIA had also expressed their concern about this matter. Now that China has sent its spy ship to Hambantota port, there is strong possibility that China’s intention is not right regarding the operation of Hambantota port of Sri Lanka. Abhishek further says that the air range of the ship which is standing at Hambantota port is more than seven and a half hundred kilometers. That is, from the Hambantota port of Sri Lanka, most of the major cities and ports of South India have come under the control of this Chinese army-controlled spy ship. He says that the type of systems inside this ship can not only collect intelligence from its surveillance system but also can target our major ports and cities with satellite ballistic missile technology. 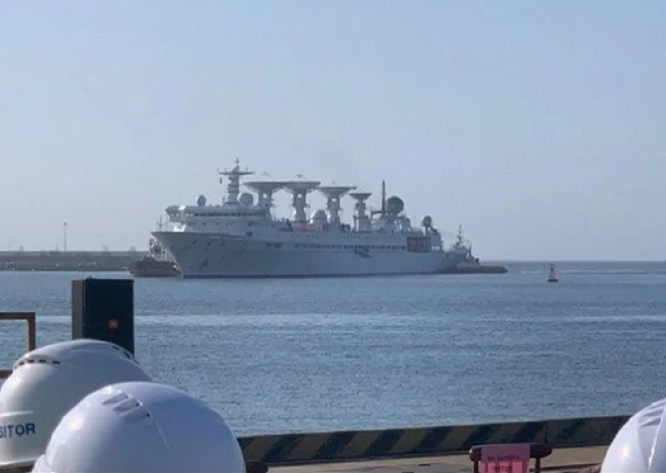 Foreign experts say that in the name of fueling the ship, this spy ship stopped in Hambantota for a week is capable of fully spying on India. Colonel DS Punia, an expert in defense affairs, says that it is a matter of great concern from the point of view of security. Because the defense systems and technologies equipped with Chinese or spy ships standing on our border can also do recce of our Atomic Research Centers like Kalpakkam and Kudankulam. Since the ship will be present at the Hambantota port of Sri Lanka from August 16 to August 22, a week’s time is enough to spy on any case. They say that as soon as the ship moves in the sea, it collects whole information about its radius of several kilometers. The whole world knows about this ship. This is why India took a tough stand in this matter. Col Punia says but due to the poor foreign policy of Sri Lanka, there is more concern about India’s security.

Foreign affairs expert and Delhi University teacher Abhishek Singh says that in 2014 also a Chinese submarine had left for Sri Lanka. Even then India had objected to it. But a lot has changed since 2014, says Abhishek Singh. He says that at that time China did not have any claim on Hambantota but now China has taken this port on lease. In such a situation, it is being estimated that the movement of Chinese ships will continue at Hambantota port. He says that surely Sri Lanka’s poor foreign policy in this is putting India at risk from the security point of view. Foreign affairs experts say that the Hambantota port has been leased by China by investing billions of dollars only for commercial activities. When China took it by investing in Hambantota, even at that time the security agencies of all the countries of the world including America had raised questions on it. It was being said that China could develop this port as a military port.