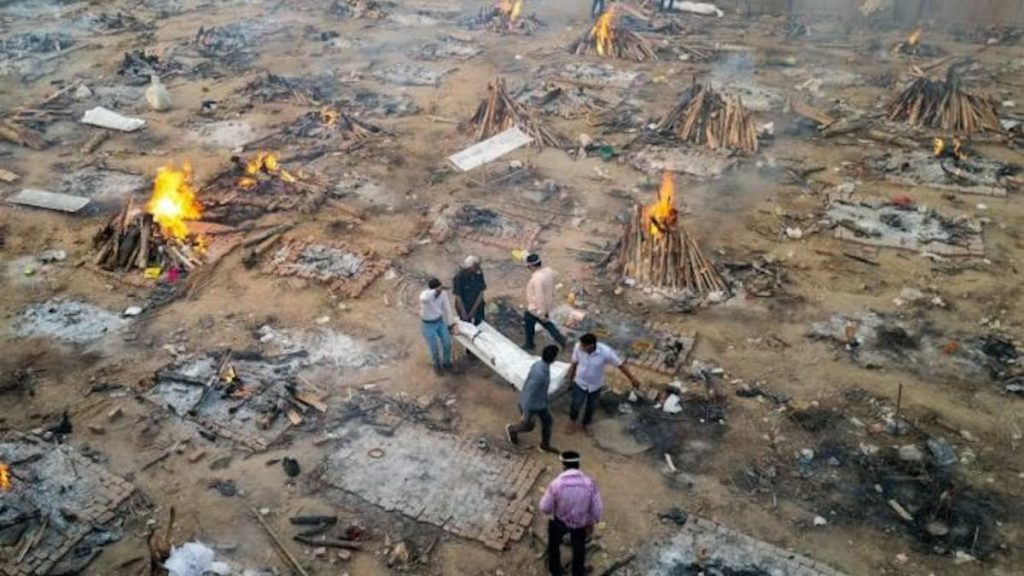 The World Health Organisation’s (WHO) data on the Covid deaths in India clearly shows that the government has the power to manipulate the data.

According to the WHO data, the number of death is almost ten times the death reported by the Indian government under the Covid deaths. 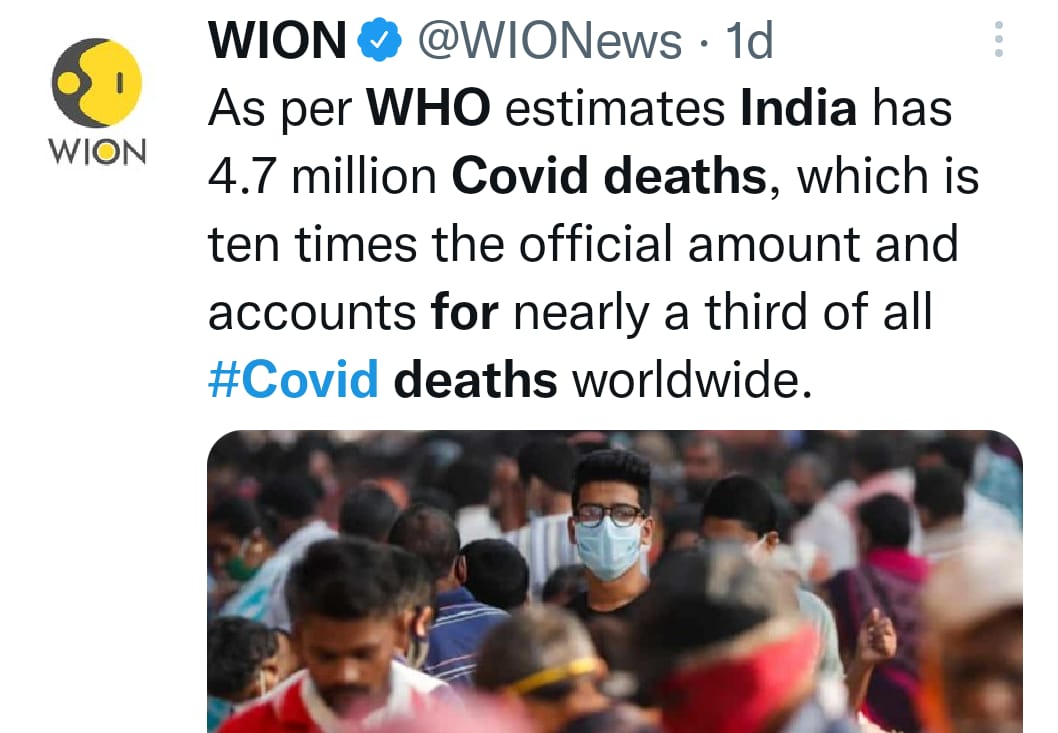 It is not the first time that such an allegation surfaced regarding the covid death numbers in India. Recently only, New York Times also published a similar report stating how India is not letting the truth out pertaining to the death in the pandemic.

According to the World Mortality Dataset by WHO many nations have failed to report the true numbers of covid deaths. As per WHO, 15 million Covid deaths have occurred globally. 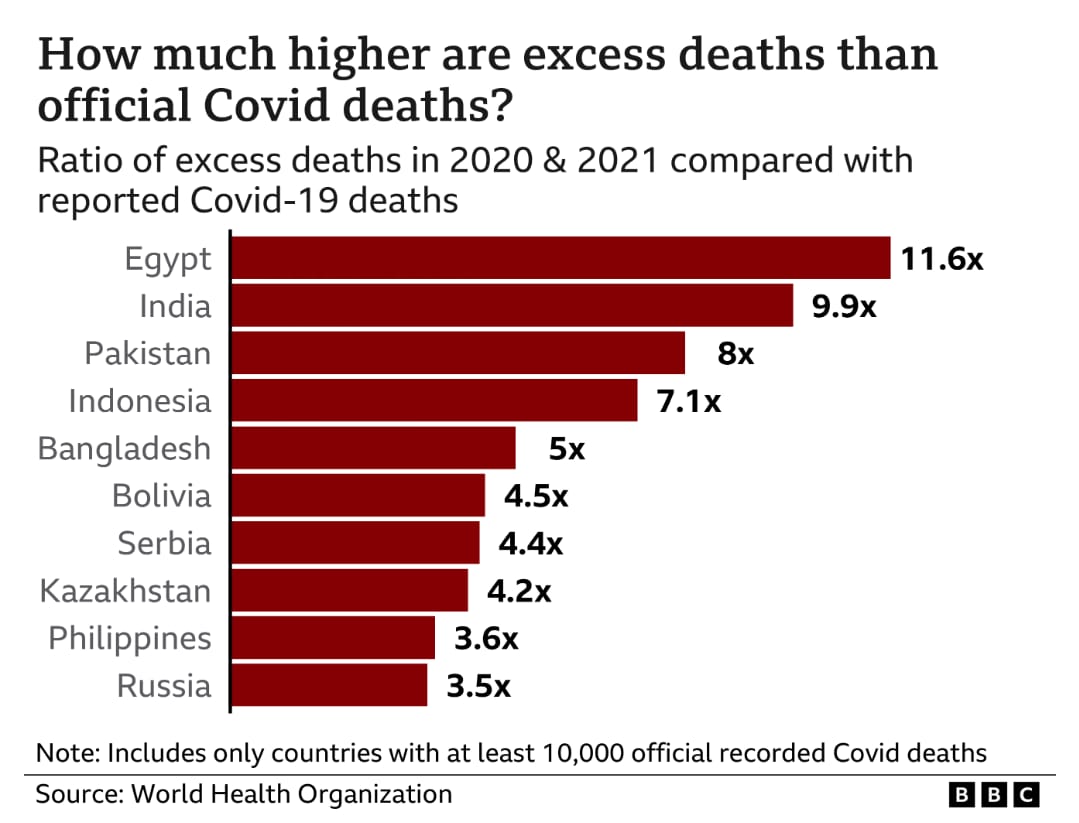 The excess death is simply counted as how many more people died than expected as compared to the previous year. Officially the Indian data shows more than 0.5 million deaths due to covid.

But WHO suggests that the figure is nearly 10 times as compared official numbers. Not only this WHO also says that India accounts for 1/3rd of Covid deaths globally.

Prabhat Jha, director of the Centre for Global Health Research and member of the expert committee counting excess death says “Essentially, Indian death rates from covid were not exceptionally low, only exceptionally undercounted”.

It is evident that the actual death numbers in India are pretty high. But talking about the Modi Government viewpoint, data is not present with them in many instances. Like in the parliament no data for death by lack of oxygen is present.

Similarly, no record of the dead bodies was found in and around the Ganga river during the pandemic. Then after the Supreme Court ordered the centre govt, to decide to pay Rs 50,000 as compensation for covid death. Although initially it was supposed to be Rs 4 lakh, which govt. denied to pay out later.

There are plenty of reasons why the BJP wants to hide the numbers, especially in states like Uttar Pradesh, Bihar, Gujarat and others. The first and foremost reason is to show the magnum image of PM Modi worldwide as a global leader in handling the crisis pandemic well.

The second wave of corona in India will never be erased from the memories of the millions. As everyone has lost someone when people were dying due to a lack of oxygen, non-availability of beds and medicines. Another reason for hiding official stats could be is the compensation for covid death.

Many states like Bihar, Gujarat, UP and Maharashtra have excess applications for compensation than actual numbers. States have been adding numbers to the covid deaths as a backlog after compensation onset.

BJP Condemns The WHO Method 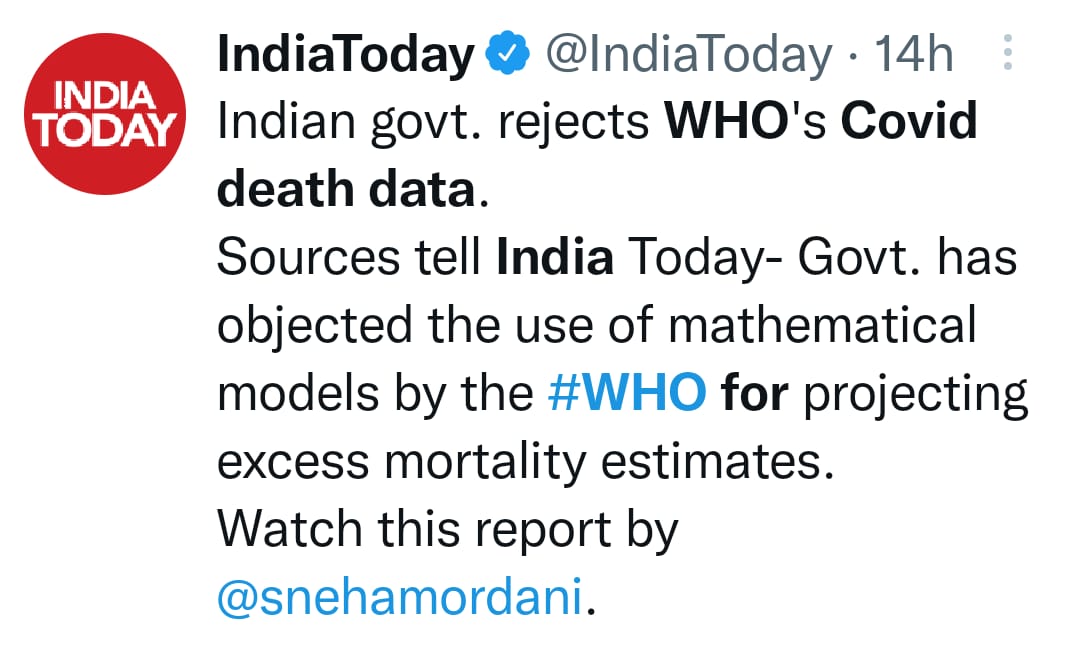 Well the BJP officials have been shouting from rooftops since the report has surfaced. They have denied and condemned the WHO methodology of covid death counts for India.

But the irony is that they are the same person who was praising their government efforts when WHO appreciated India’s work during the pandemic in the initial months. So, such contradicting statements show that WHO reports have tried to unmask the Modi govt, failure in the pandemic.