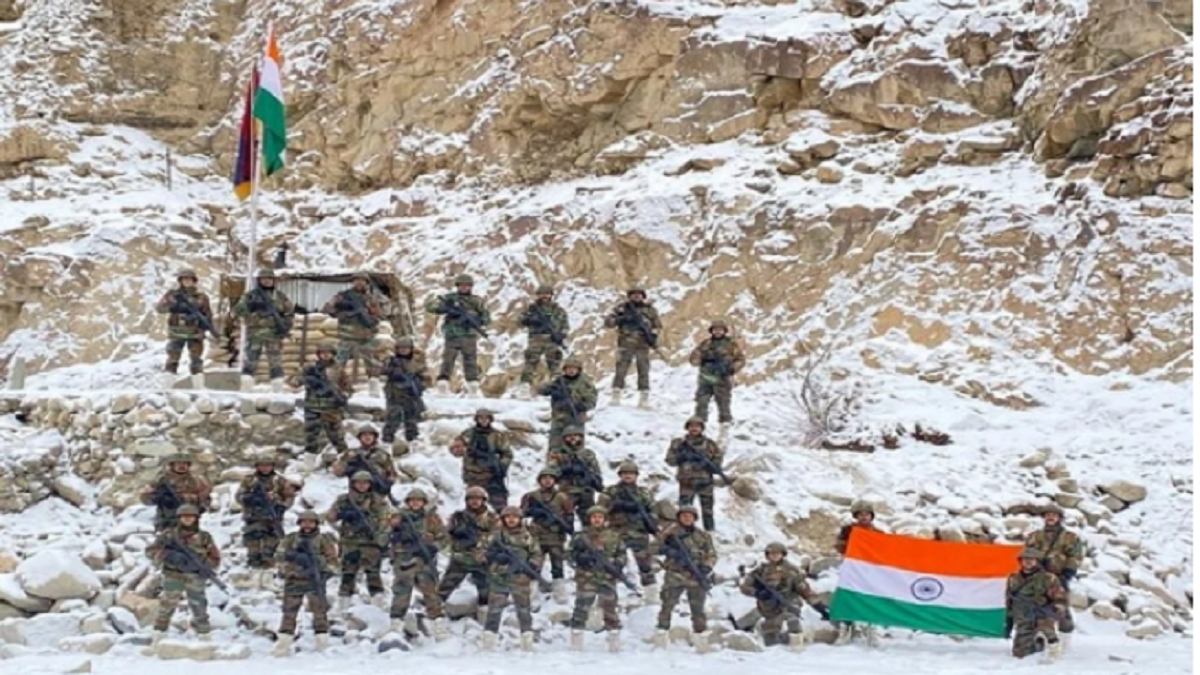 Indian Army giving a befitting reply to China’s propaganda hoisted the Indian tricolor in the Galvan Valley on the occasion of New Year. Two pictures are released by News agency ANI quoting military officials. In these two pictures, 30 army personnel are seen with the tricolor in their hand. The soldiers are carrying weapons too. One flag is waving on the Indian post and the other tricolor flag is in the hands of the soldiers.

Let me tell you that a few days back China had also released a video in which Dragon soldiers were hoisting the Chinese flag and singing the national anthem in their area in Galvan. And now the Indian Army has released two pictures giving a befitting reply. Indian armed soldiers are seen in full enthusiasm in these pictures. It is evident from the pictures that the armed soldiers are in no mood to spare any kind of infiltration. There are a total of 30 soldiers in these pictures who are standing with weapons.

A few days ago, was shared from a verified social media account of China shared a video of Chinese flag hoisting in Galvan valley. In this it was written with the caption – “On the first day of 2022, the flag of China is waving spectacularly over the Galvan Valley. This flag is special because it was once flown on Tiananmen Square in Beijing also.”

Also read: Uttar Pradesh Elections: Central-Yogi Government Is Giving Financial Assistance Of Up to 30 Thousand Rupees Annually To Every Family

When questions began to arise on the Chinese video, the Indian Army replied that the area where China raised and hoisted the flag in the Galvan Valley, has always been in its possession and there is no new dispute about this area.