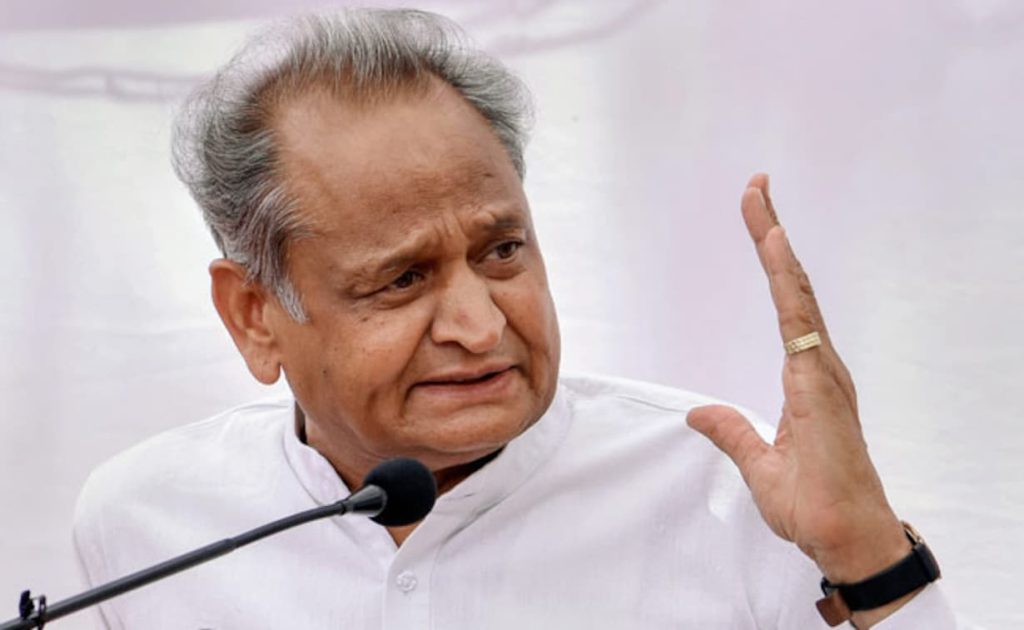 The notification for the election of the President of the Congress will be issued on Thursday and with this, formal start of this election will be held. However, even before that the discussion of the names of the President’s post has started. And Rajasthan Chief Minister Ashok Gehlot is the most discussed name for the post.

Ashok Gehlot met Congress interim president Sonia Gandhi on Wednesday. Gehlot is being said to be the first choice of the Gandhi family. If Gehlot contests elections, he may face Shashi Tharoor as Tharoor had also met Sonia Gandhi recently.

In such a situation, there is a discussion that if Gehlot becomes the Congress President, then who will become the Chief Minister of Rajasthan?

A meeting of the Rajasthan Congress Legislature Party held late on Tuesday night and Gehlot said, ‘I will meet Rahul Gandhi for the last time and try to persuade him, if Rahul does not agree, then I will give you trouble for the order of the high command.’

Now what will happen next?

Looking at the current situation in Rajasthan, four types of situations are being created regarding both Ashok Gehlot and Sachin Pilot, if Gehlot became president.

2. Gehlot can also take over the post of President along with CM:

Ashok Gehlot can hold the responsibility of the post of Chief Minister of Rajasthan along with the post of Congress President. However, given the environment that is being created, this seems unlikely.

3. Sachin Pilot can get the command of State Congress President:

If there is no agreement between Ashok Gehlot and Sachin Pilot, then the chief minister’s post can be handed over to a third person. In such a situation, Gehlot can also make someone close to him as the Chief Minister. In this, leaders like Minister Shanti Dhariwal, Speaker of the Assembly Dr. CP Joshi, BD Kalla are in the forefront. At the same time, Ashok Gehlot can be made national and Sachin Pilot can be made the president of the state Congress.

If Sachin Pilot is not made the Chief Minister, then he can again take a rebellious stand. For the last four years, a battle is going on between Pilot and Gehlot for the chief minister’s post. Two years ago, Pilot had also shown a rebellious stand with some MLAs. However, he later agreed. So it could happen this time also. Several close friends of Pilot have now joined the BJP, these include names like Jyotiraditya Scindia, Jitin Prasad. It is possible that Sachin Pilot may also join BJP.

Now it will be quite exciting to see what is going to happen in INC politics.