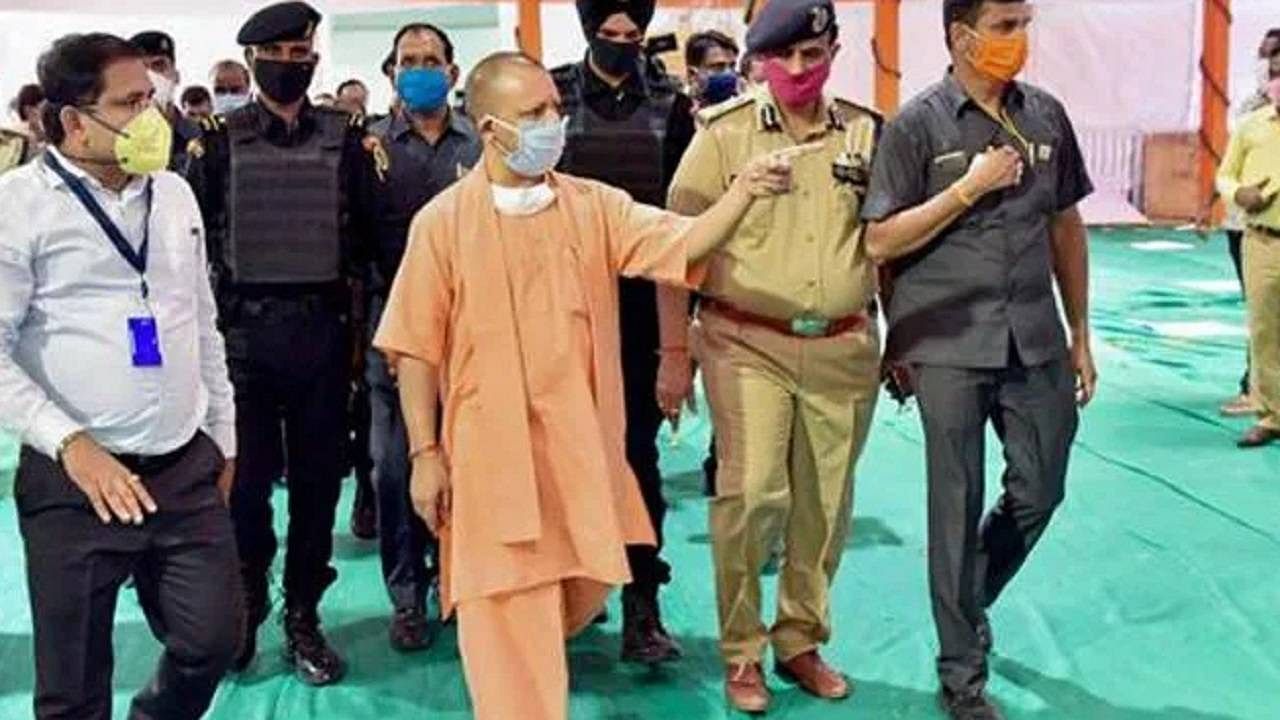 Chief Minister Yogi Adityanath has said that social revolution is not possible without education. Education is a medium to attack social stereotypes. Gorakshapeeth has always opposed those stereotypes which are hindering social unity. Gorakshapeeth established Maharana Pratap Education Council only to make education a medium for all round development.

CM Yogi was presiding over the program organized at the conclusion of the 89th Founder’s Week celebrations of Maharana Pratap Education Council on Friday. Welcoming the Chief Guest, Union Minister for Education, Skill and Entrepreneurship Development Dharmendra Pradhan on this occasion, the Chief Minister said that without education, no society can imagine to be civilized and cultured and when there is no civilization and culture, then where is the prosperity in the society. will come from Said that in 1932, when Yugpurush Mahant Digvijaynath would have laid the foundation of Maharana Pratap Education Council, he must have had the same feeling that what should be the nature of the citizens of independent India. Today the institutions of the council are representing his spirit in a tangible form.

Religion is not limited to worship only
The Chief Minister said that our religion does not limit us only to the method of worship. Our philosophy of interpretation of religion goes in a vast form, Indian sage did not consider only the method of worship as a complete religion. Explaining “Yato Abhyudayani: Shreya Sa Siddhi: Sa Dharmah”, CM Yogi said that Dharma is the path of Abhyudaya i.e. all round development. He said that no one can stop virtue and no one can deprive it of sin.

Gorakshpeeth is dedicated to health and social service along with education

CM Yogi said that the nature of shrines should not be limited to places of worship only, but it should be seen leading. This was the goal of the saints and mahants of Gorakshapeeth. Gorakshapeeth is dedicated not only to education but also to health and social service through Maharana Pratap Education Council. He said that after independence, keeping in mind what should be the nature of a citizen of the country, Yugpurush Mahant Digvijaynath named the education council in the name of Mahanayak Maharana Pratap in 1932. The name of the discussion of self-sacrifice and bravery is Maharana Pratap. Maharana Pratap did not consider anything more than self-respect and self-respect. Established in his name, this education council is the latest form of the ancient Gurukul system filled with nationalism.

Make preparations to link the results of education policy
The Chief Minister said that the new National Education Policy has been implemented. Every organization should prepare an action plan according to the intention of this policy of the government. He said that by the time the results of the new education policy would come, Maharana Pratap Education Council would be celebrating the centenary year of its establishment. All the institutions related to the council should start preparing to associate themselves with its results.

Heartfelt tributes paid to CDS Bipin Rawat and military personnel
Heartfelt tributes were paid to 13 army personnel including late CDS (Chief of Defense Staff) General Bipin Rawat, his wife Madhulika Rawat, Wing Commander Prithvi Singh Chauhan on the concluding day of the founding week of Maharana Pratap Shiksha Parishad. Also wished for the speedy recovery of Group Captain Varun Singh, resident of Deoria, the only survivor of the helicopter crash. It is worth mentioning that last year General Bipin Rawat had come to Gorakhpur as the chief guest of the inaugural function of the founding week of Maharana Pratap Shiksha Parishad and inspired the students with his eloquent statement.

Paying tribute to him, Chief Minister Yogi Adityanath said that General Bipin Rawat was an excellent military officer and the best example of a soldier of complete dedication. His statement given before his death on December 7 is a testament to his foresight, in which he expressed concern over the possibility of biological warfare in the future and said to be prepared. In this sequence, Union Education Minister Dharmendra Pradhan said that General Rawat believed that the army is not a job but an opportunity to serve the country. He had expressed concern over the biological and chemical war in the world and today scholars from all over the world are worrying about it. During the program, two minutes silence was prayed in the memory of General Rawat and other departed army personnel.