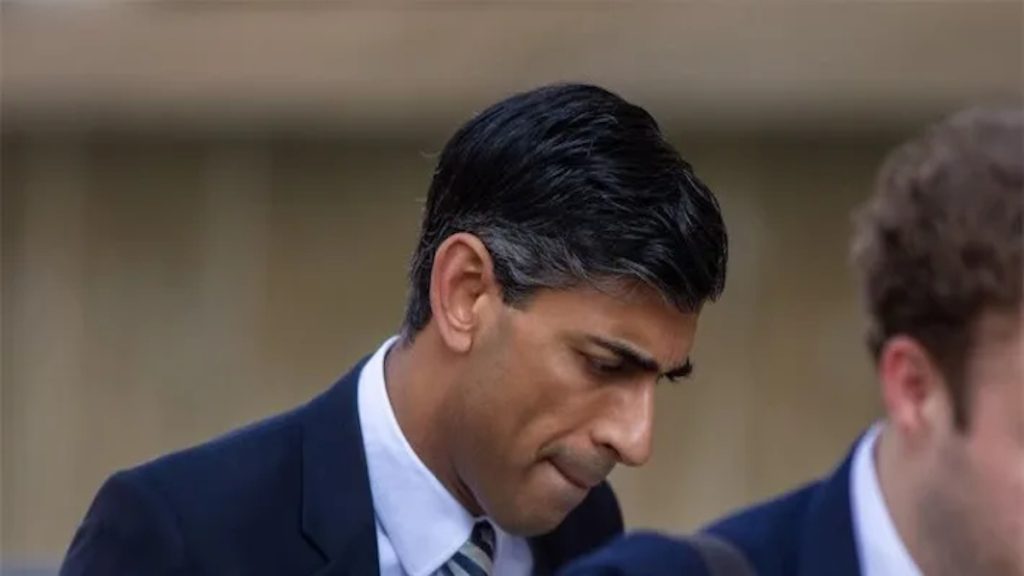 As all the cards fall, only two players remain for the Conservative leadership race in the UK: Liz Truss and Rishi Sunak. They have been involved in multiple debates and have set what they envision for the UK and promises to the nation. With Sunak behind in the polls with tory Member Voting Intention in July, only 31% for his administration and 49% favouring Liz, and very little time left before the conservative membership begins casting their ballots.

Rishi is making some reasonably drastic last-minute campaign changes. In fact over the weekend, Sunak announced some significant shifts on various issues trying to make his tax plan more appealing and shifting right on LGTQ+ plus issues, which showcases his desperation.

According to politico’s polls based on YouGov polling, 51 per cent of tory voters back Liz truss, with just 37 backings Rishi Sunak. A separate survey of conservative councillors does put the two candidates relatively neck and neck with 31 for trusts and 29 for Sunak. The problem is that conservative councillors aren’t representative of the wider membership and tend to skew closer to the opinions of MPs who backed Rishi over members who are confidently supporting Truss.

He’s also behind about the number of MPs that back him. That’s because many high-ranking Tory MPs have fallen in line behind Truss, with four big names doing so over the weekend. This includes current defence secretary Ben Wallace the current chancellor Nadeem Sahari the former northern Ireland secretary Brandon lewis, and former leadership contender tom Tugenhaa.

It seems that Rishi has thrown a lot of so-called ‘red meat’ to tory voters firstly in the form of playing into the culture war narrative. On 29th July, Rishi Sunak made an address in West Sussex. In the speech, he committed to reviewing the equality act, Sex education in Schools and Amending Equality Duty.

His justification for these changes has received a heavy backlash from the public. His policy is to “Safeguard our shared cultural historical and philosophical heritage because what’s the point in stopping the bulldozers in the green belt if we’re going to allow left-wing agitators to take a bulldozer to our history, our traditions and our fundamental values? Whether it’s pulling down statues of historical figures replacing the school curriculum with anti-British propaganda or rewriting the English language so they can’t even use words like man, woman or mother without being told we’re offending someone. ”

He added, “Existing legislation is used to engage in social engineering to which no one has given consent to the worst offender. In this regard, the 2010 equality act was a trojan horse that has allowed for every kind of woke nonsense to permeate public life.” The 2010 equality act by Gordon Brown’s administration outlawed discrimination due to age, disability, gender reassignment, pregnancy, marriage, race, religion, sex and sexuality.

Rishi, in this context, wants  to change the equality act to “Make sure mothers and women are not erased from public life, ensure women’s sports and services are protected and clarify that self-id does not have legal force making clear that sex means biological sex.”

Sonak has been consistent throughout his campaign on taxation that now isn’t the time for tax cuts. Instead, the number one priority is tackling inflation; however, in a new announcement terms his radical tax vision, Sonak committed to cutting the introductory income tax rate from 20 per cent to 16 by the end of the next parliament. According to his campaign, this 20 cut was the largest in 30 years.

These cuts will be funded through an “economic growth forecast by the independent office for budgetary responsibility”. However, Liz Truss’s campaign quickly hit on what they called Sonak’s latest ‘u-turn’.  She argued that “people are facing the highest cost of living crisis in decades. We cannot afford to wait to help families they need support now saying that Liz will cut taxes in seven weeks, not seven years across the board.”

Sonak’s approach is a desperate and reactive move as he tries to appeal to the right and make a counter-offensive against Truss’ topics which were the culture war and taxation. This seems to be his last desperate ploy with little time reaming before MPs cast their vote.