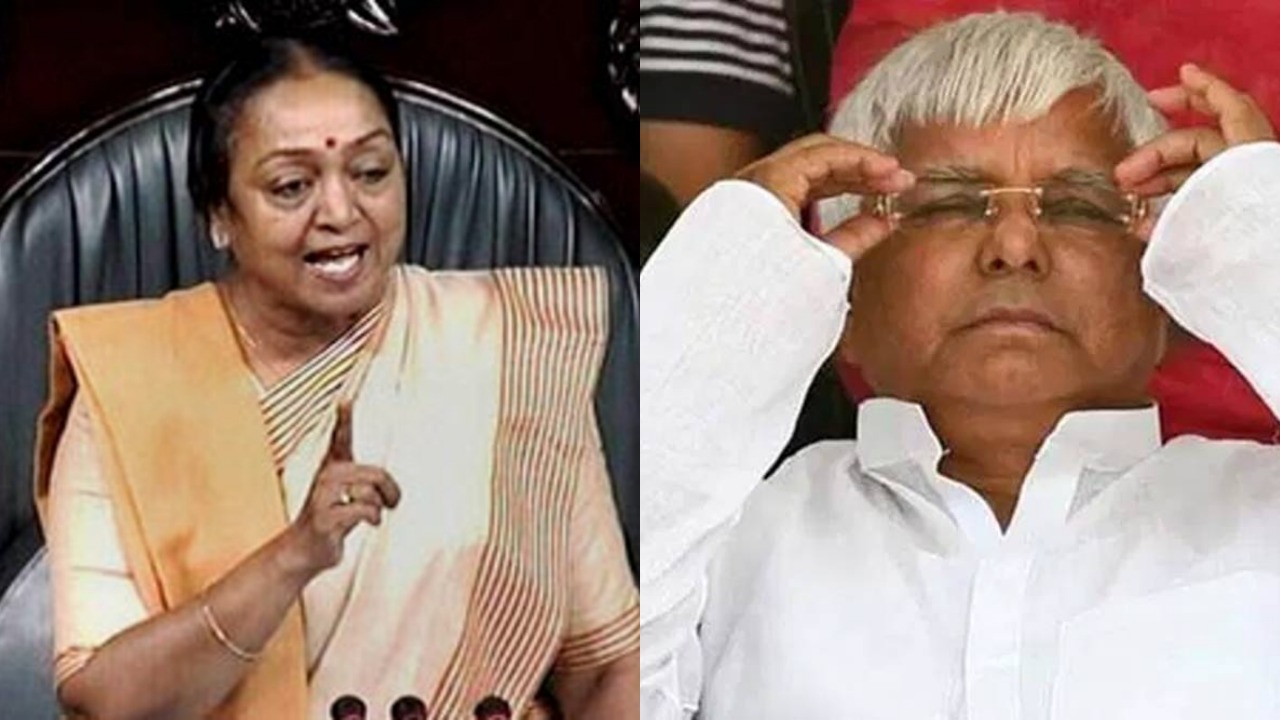 The comment was made by Lalu Prasad on Bihar Congress in-charge Bhakta Charan Das. Congress leader Meira Kumar is angry about this and has said that the objectionable language used by Lalu against Bhakt Charan Das is like hurting the self-respect of the Dalit community, and at the same time, she said that Lalu Yadav’s comment comes under the SC/ST Act. The Congress leader Meira Kumar said during a media interaction, “It is wrong for a respected leader to use objectionable language against Bhakt Charan Das, in-charge of Bihar Congress and by doing so, he has hurt the self-respect of the Dalit community of Bihar and the country.” This will count as an offense under the ST Act.

Read more: What Does ‘FabIndia Controversy’ Try To Unveil?

For your information, let us tell you that Lalu Yadav had called Bhakt Charan Das an idiot in a conversation with journalists. Lalu’s statement has come as his party is busy preparing for the upcoming by-elections. On the party’s alliance with the Congress ahead of the by-elections in Bihar, Lalu Yadav said that if he stays in alliance with the Congress in the state, the security of his party’s candidates will be forfeited. Talking to media persons on this on Sunday, he said, ‘Should we leave everything to the Congress to make up for the loss? Bail to be forfeited?’

When asked about Das’s allegation that RJD is helping the BJP by turning its back on the Congress Describing Bhakt Charan Das as a foolish person, Lalu said that ‘Charan Das has failed to assess the situation at the ground level.
The Congress has also fielded its candidates for two seats in the bypolls after the RJD decided to contest on two seats, leading to a rift between the allies in the state. Meanwhile, RJD has announced to field its candidates from both Kusheshwar Asthan and Tarapur seats in the by-elections to be held on October 30 in Bihar.’ Now, who will win in these elections, it will be known in the coming time, but it is being said that it is difficult for Congress to win. But this is the politics of Bihar, anything can happen anytime. We will have to wait for the results of these by-elections.