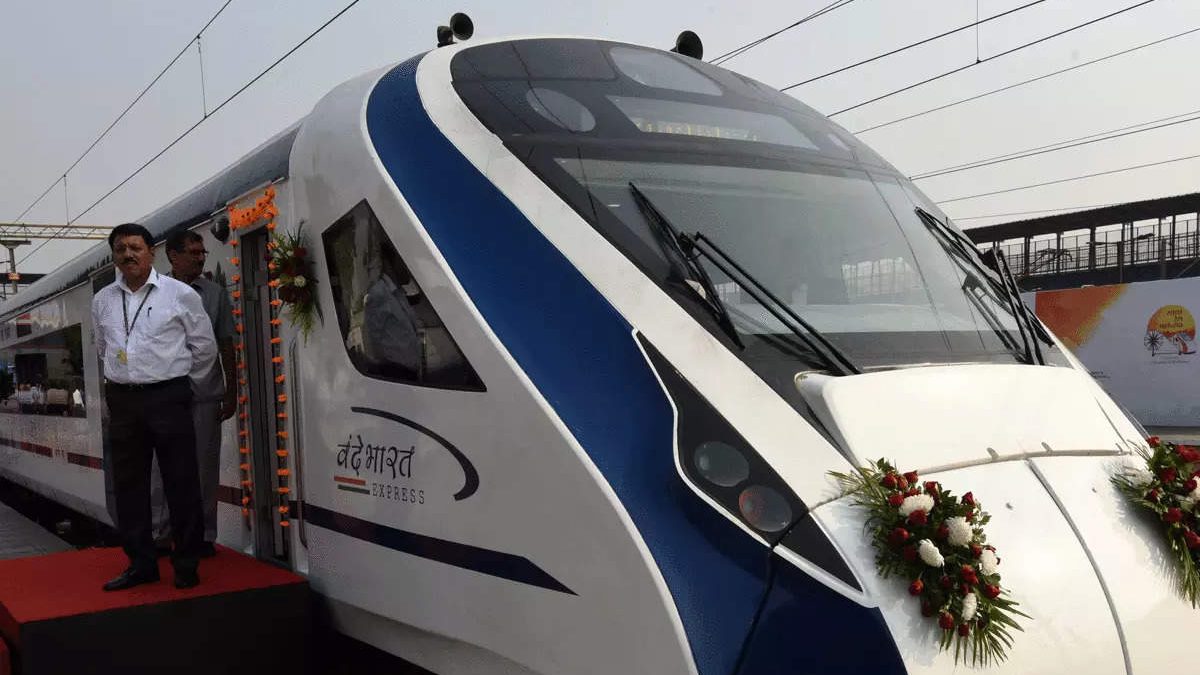 Union minister Nirmala Sitaraman has proposed investments for Vande Bharat trains. But Indian Railways plans for 400 such trains by the end of 2024. This itself is a booster for the economy where in terms of job employment generation or technological advancement. Through this article let’s analyze how this plan will impact the economy and what’s so special about this train.

In the Budget speech, the finance minister announced that 400 Vande Bharat trains will be manufactured in the next 3 years. Introduced in 2019, these are the semi-speed trains that have been a novelty so far.

Two Vande Bharat train sets originally called Train18 are currently running both from Delhi to Varanasi and Katra. The budget announcement signals the government’s intention to turn these self-propelled trainsets as opposed to locomotive-hauled trains into the future normal for India’s century-old railway system.

It comes in addition to the current plan to be to run 75 Vande Bharat across India by Independence day in 2023.

Vande Bharat trains are self-propelled with no engine. It is a semi-high speed train set each of 16 coachees and self-propelled. This is called a distributed traction power system which is increasingly becoming the norm the world over for passenger operations. Each compartment has its power or speed.

Distributed power will give the train higher acceleration and deceleration as compared to loco-hauled trains. It takes a much larger time to reach top speed or to gradually comes to a halt.

On a journey of example 500 km with 10 stoppages, a conventional train loses a lot more time than a trainset. A trainset gains a higher average speed during the same journey and in sections where it is allowed also clocks the semi-high speed of 160 km/h.

With shorter journey time a trainset is theoretically able to cover more trips thereby carrying people on a large scale. Railways are already in a process of making 102 new Vande Bharat which will be an upgrade from the current two trainsets.

Considering the cost of the current trainsets the 400 announced trains will carry a potential investment of Rs 50,000 crore for the next three years. The current set of trains is being made at Rs 106 crore per trainset of 16 cars at 2018 pricing. The future ones will cost slightly more because of upgradations features and also inflation playing a significant role. There will be an employment generation of around 10000 if implemented efficiently.

The budget has announced that the 400 new trains will have different upgraded features including better efficiency. The railway is making trainsets of aluminium coaches. Earlier it was of steel. However aluminium-based coaches are expensive but the cost can cover over some time.

It is a very heavy target to be achieved in the next 3 years. Many experts suggest that this target is impractical and alone without the help of other private players cannot be achieved.