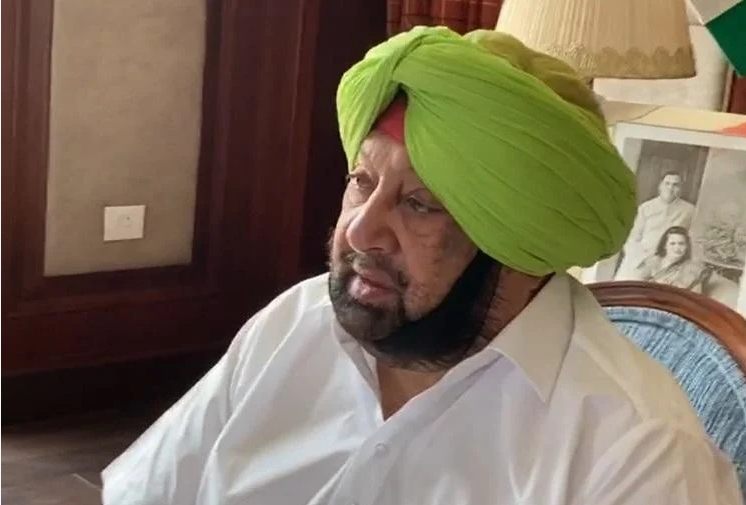 Amidst reports of talks with Congress, Captain Amarinder Singh has denied the news of reconciliation with Congress made it clear that now the time is over. The reports of behind-the-scenes talks with Congress are also false. The decision to break away from the party was taken after much deliberation and now it is final. Captain Amarinder Singh said, “I am grateful to Sonia Gandhi Ji for her support but I will no longer be in Congress now. I will start my party soon and after the farmers’ issue is resolved, I will talk to the BJP about seat-sharing. I want to build a strong collective force in the interest of Punjab and its farmers.”

On Wednesday itself, Captain Amarinder Singh had announced to contest the next assembly elections with the new party. The name along with the election symbol will be announced after the approval of the Election Commission. Targeting Sidhu, the Captain had said that wherever Sidhu fights, we will fight against him. When the time comes, we will fight on all 117 seats.

Unable to stop the discord of Punjab Congress

All is not well in Punjab Congress. Ignoring Captain Amarinder Singh, the Congress high command had pushed Navjot Sidhu forward. Now ignoring Navjot Singh Sidhu, all the responsibility of preparing the roadmap for the Punjab Assembly elections has been handed over to Chief Minister Charanjit Singh Channi. In this, Charanjit Singh Channi will be supported by his cabinet ministers and other senior leaders of the state. With this decision, Charanjit Singh Channi has decided to hold one-to-one meetings with Congress MLAs to know the status of their circles. The reason behind this decision is being told that Rahul Gandhi is hurt by the actions of state Congress chief Navjot Singh Sidhu.

The high command had called Charanjit Singh Channi to Delhi on Thursday and discussed with him the latest situation in the state. After this meeting, he was again summoned to Delhi on Friday. Party in charge Harish Chaudhary has also gone to Delhi with him. According to reliable sources of the party, in the feedback received by Rahul Gandhi, it was told that Navjot Sidhu has been discussing the formation of the state organization till now after assuming the post of state head, but he has not taken any concrete steps for this. All in all, there is no chance for reconciliation with Congress, as per Captain Amarinder Singh.