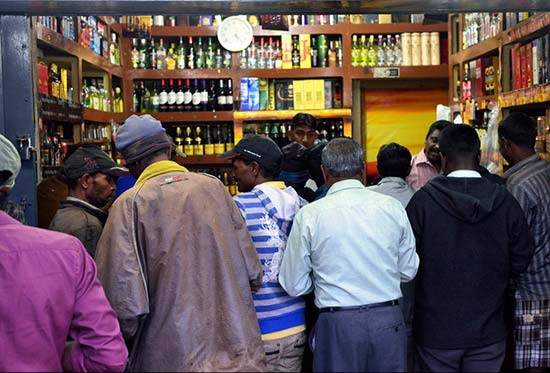 To win over rural women votes the Chief Minister Jagan Mohan Reddy had promised to make the state liquor free by 2024, when the state will go for Legislative Assembly election. This was also a good tactic to tarnish the image of his rival TDP Chief N. Chandrababu Naidu who had revoked the liquor ban in 1997 who had imposed the ban by his predecessor N.T.Rama Rao. The CM  had, however, planned to do it in a phased manner and had also initiated some steps towards it.

The women of the diehard tippers were the worst sufferers. It is recorded that the govt earns a significant amount of revenue from liquor, this proves that a very large number of people are habituated to drink regularly. Therefore, the ban will help him win women’s support. Apart from this he had  also noted that even some political parties such as BJP and LEFT were in favour of it.

WHAT THE EXPERTS SAY

It is a fact that revenue from the liquor is the largest source of income for the state. Therefore, it has been a very brave decision on the part of the CM when the state is already in a massive debt. It is pointed out that after the bifurcation the stste has a burden of 20000 crore interest a year and contingent liabilities of 57000 crores.

What is surprising is that the state is banking heavily on tourism sector for economic growth, but the policy of progressive ban on liquor in AP may throw spike in the wheel of the government’s effort. However, the CM is ready to write off the revenue the state gets from the sale of liquor  in order to win exclusive vote bank of rural women. This may put the state in financial difficulty.

WILL THE BAN BE SUCCESSFUL??

This banning is the second attempt in AP.  However, the observers feel that prohibition will not be able to deter the diehard tippers. They point out that there is plenty of liquor at affordable prices available in the neighboring state Telengana. Hence  the people living near the border will be free to cross over to the other side and satisfy their thirst. Even the people won’t mind covering a long distance for a bottle.

But what surprised the opposition was that the CM revised the liquor policy and brought down the prices to some extent. Even to restrict the flow of liquor from the neighboring states, particularly Telengana, the CM formed an enforcement dept. But as was expected, the cheap liquor from  Telengana made its way into AP in plenty. Hence, the opposition slammed the govt for its failure to impose prohibition.

Telengana was at an advantage of dumping cheap liquor in AP. The economy of AP was being impacted negatively . If the state has to ban liquor proper,  planning is necessary as local leaders will leave no stone unturn to thwart the govt plan. Apart from this, the govt should also prepare the ground ready for an alternative source of revenue. It is no doubt a hard task for the CM. Even in Bihar where ptohibition is in operation, plenty of  liquor is available of course clandestinely.