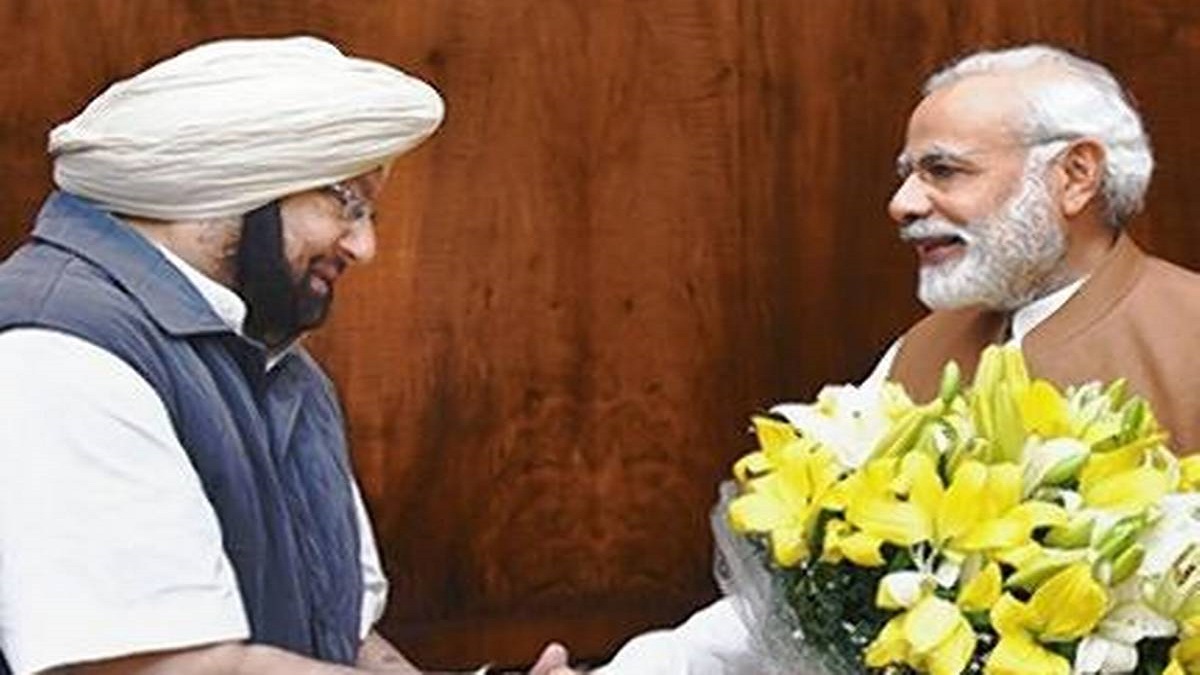 In an interesting set of development, ex Punjab Chief Minister Capt. Amarinder Singh met with  BJP Haryana CM Manohar Lal Khattar, what he described as a “courtesy call”. The Punjab elections are scheduled to be held in 2022, and the last few months have seen intense factionalism and jostling for political power. With Capt Amarinder Singh announcing to form a new party and his hints towards a pre-poll alliance with BJP and the breakaway Akali faction called SAD (samyukt), the upcoming Punjab elections are anyone’s guess.

Owing to its own making, Congress is reeling under intense pressure to keep its stock together. The Punjab Congress Chief (PCC) is at loggerheads with CM Charanjit Singh Channi over certain issues over the appointment and administration with the government. The Congress high command seems to be utterly clueless about how to reign over rudderless Navjot Singh Sidhu, who has made his aspirations of being Punjab CM quite clear. It will be hard, if not impossible for Congress to retain its majority in the upcoming elections. Though it may have an edge over BJP, by their certain policy matters such as farm laws and MSP, the real challenge to its supremacy comes from Aam Aadmi Party, which is seeking to stake claim to the government.

In the 2017 elections, AAP for the first time fought Punjab legislative assembly elections and secured 20 seats out of 117, two more than won by the SAD-BJP combine. This time it is aiming for a majority and AAP convenor Arvind Kejriwal is leaving no stone unturned. He reportedly carried one lakh copies of zero electricity bill to a rally in Punjab’s Mohali and promised to waive off the electricity bill, just he had done in Delhi. During the farmer’s protest also, he strongly aligned with them offering them a site to protest with food and lodging facilities. The politics of doles combined with his sympathies towards farmers cause gives him an edge over divided Congress.

Though the strength and weaknesses are becoming more apparent, it remains to be seen how the politics of Punjab unfolds in the coming days. With a clear record of deliverance and strong identification of AAP with farmers issues, AAP will certainly try to cash the sympathy of electorates. With Congress, increasingly viewed as being failed to provide a cohesive leadership and voice farmers grievances in parliament, wooing voters will be an uphill task. Capt. Amarinder Singh who fought the 2017 election as a farewell tribute, announced this will be his last, the task to make resonance with voters is daunting, though he may cut a fair per cent of votes from congress owing to his loyal following.