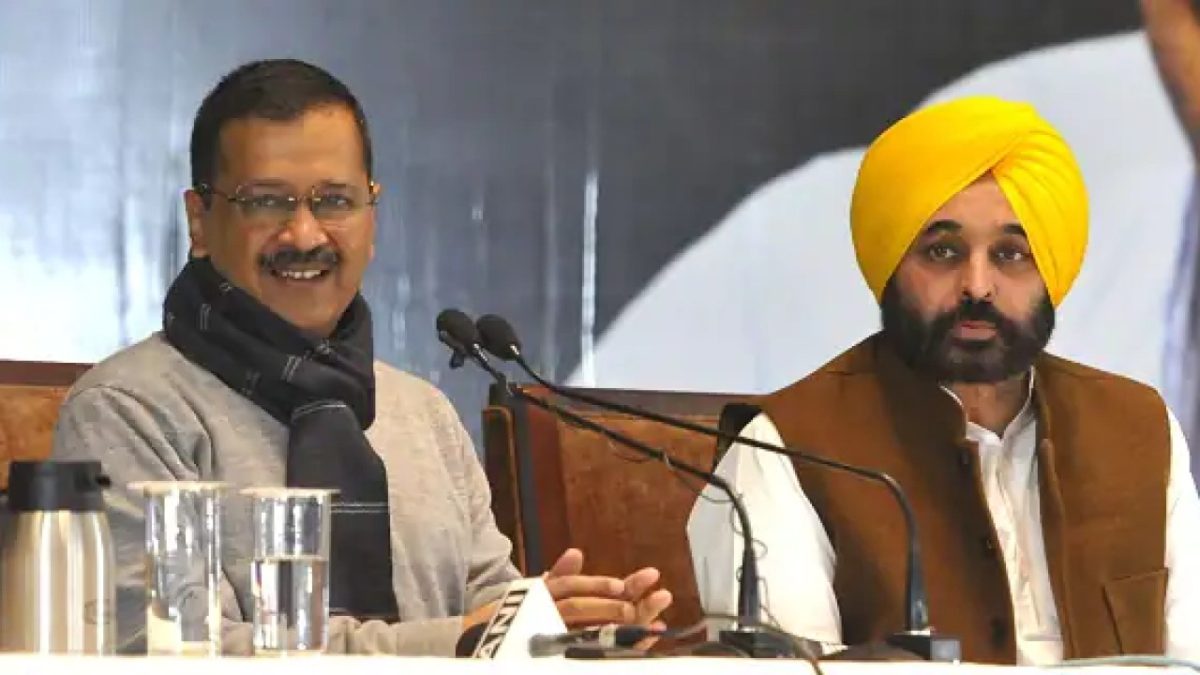 More than 21 lakh people voted for the process via phone calls and WhatsApp messages. AAP is the only party that has announced the CM candidate in Punjab.

Bhagwant Mann’s journey is one of a kind. He was a stand-up comedian before entering politics, and now a two time MP from Sangrur. Kejriwal says that the people of Punjab have chosen their CM already and we are very sure of his victory.

Bhagwant Mann said that people used to laugh earlier when they saw him but now they cry and ask for help. “I want a Punjab where there is no dharna, where an unemployed girl doesn’t set herself on fire, where people don’t have to jump in canals. I want to restore Punjab to its formal glory,” he said.

He also said that he was the one to suggest the televoting process. Mann wanted to know the choice of Punjab’s common people.

Among the celebration, the opposition parties of Punjab started taking a dig at Mann’s past drinking habits. On this, he clarified that as he has no corruption charges, no Enforcement Directorate (ED) raids and Income Tax raids.

“I have a clean image and they (opposition) have been using these same allegations for the past few years against me,” he said. Mann also said that he has done the most rallies and has been the best performing MP from Punjab in the Lok Sabha.

He has a record to stand up for the farmer issues. He also said that amid the fight between CM Channi and Navjot Sidhu, how can they handle the State? His wishes to restore Punjab as it is shown on posters.