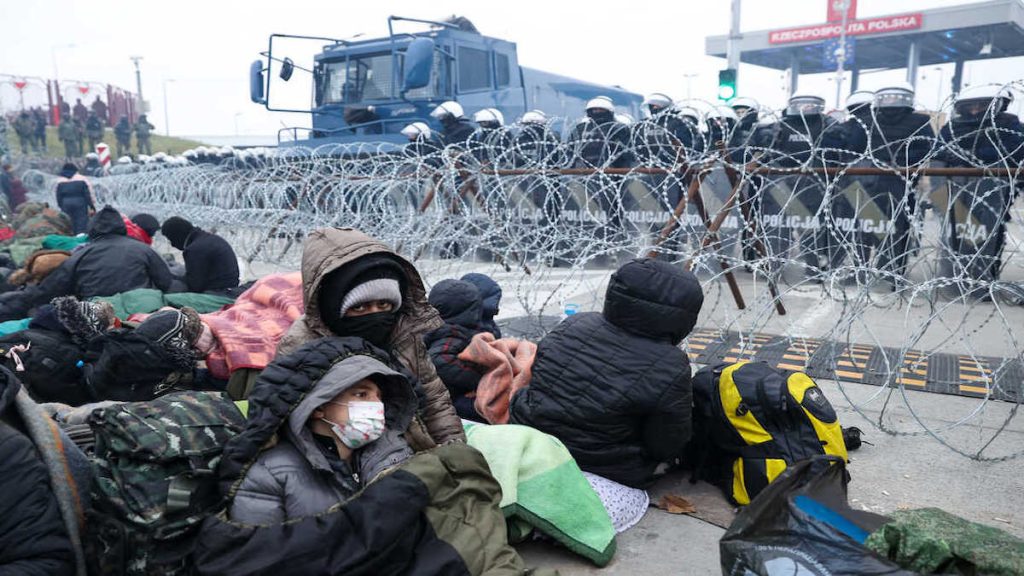 GRODNO REGION, BELARUS - NOVEMBER 15, 2021: Migrants at the Bruzgi - Kuznica checkpoint on the Belarusian-Polish border. The migrant crisis on the border of Belarus with Poland, Lithuania, and Latvia escalated on November 8. Several thousand migrants approached the Belarusian-Polish border and set up a tent camp there; some of them tried to cross the border by breaking a barbed wire fence. Oksana Manchuk/BelTA/TASS (Photo by Oksana ManchukTASS via Getty Images)

Immigrants who escaped their war-torn countries: Libya, Iraqi Kurdistan, Yemen and Syria continue to find themselves between a rock and a hard place. They have been stuck between the border of Belarus and the neighbouring E.U. countries since the 7th of July 2021.

Alexander Lukashenko, the current president of Belarus after being backed by Putin, is the longest-reigning president of Europe. After his latest re-election in 2021, the Belarusian people revolted and protested again Lushenko cracked down on the protesters by forcing false confessions, jailing and threatening political opponents. Due to Lushenko’s dictatorial handling and attitude toward the protests EU imposed sanctions on Belarus. In response, Lukashenko encouraged migrants to come to E.U. by Belarus and, upon their arrival, gave them tourist Visas. After they arrived, Lukashenko forced them and asked them to “head west”.

This left E.U. vulnerable as many countries are on their payroll for not letting any immigrants in territories. This includes Moldova, Turkiyë etc. For example, E.U. paid six billion euros. After this plan backfired, Poland and Lithuania, both of which share a border with Belarus, 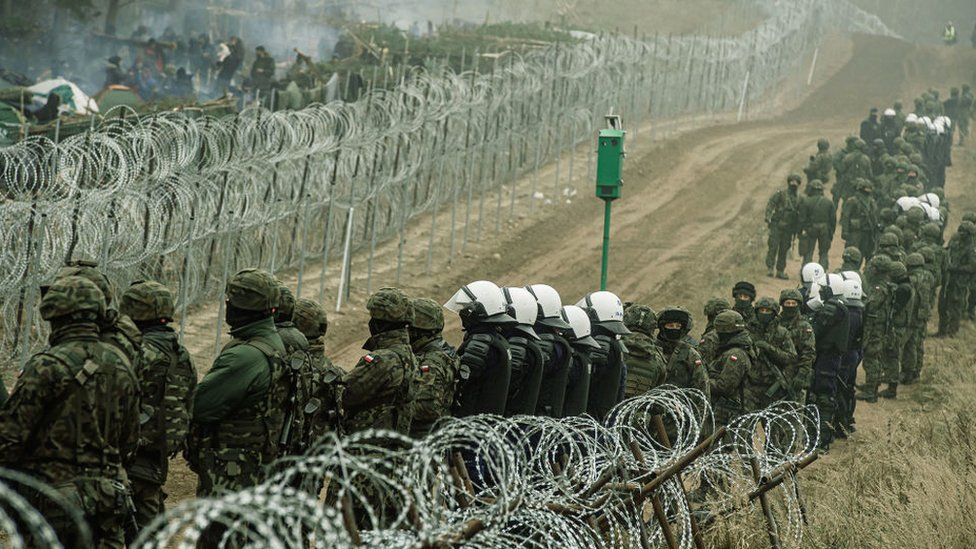 were put on alert and put up barbed wire on the border. The Belarus soldiers provided the expatriates with wire-cutters to push them into E.U. territory to pressure them to remove the sanctions from Belarus. This ‘Hybrid warfare’ was dealt with Polish and Lithuanian border troops using high-pressure water steams and tear gas to repel immigrants from crossing the border. All the while, these immigrants are forced to not retreat to Belarusian territories by the State Border Committee.

They continue to try and survive in makeshift camps in the cold between the nations. Additionally, human rights groups like Poland are being denied to provide humanitarian support to these immigrants by the Belarusian ground forces. This, coupled with the Russo-Ukrainian war theatre still active, there is little recognition or realisation of the dilapidated condition these migrants are facing considering they are inside the border of Russia’s ally Belarus. With 977 failed attempts to cross the Border in April 2022 and 24 dead in this attempt, these 20,000 Asylum seekers and migrants have thoroughly been displaced by the ambitions and greed of politics and war. Before they escaped their war-ravaged homeland, deceived by Alexander, who welcomed them and now little attention is being paid to these homeless and displaced Middle Eastern men, women and children due to Russian aggression this year.