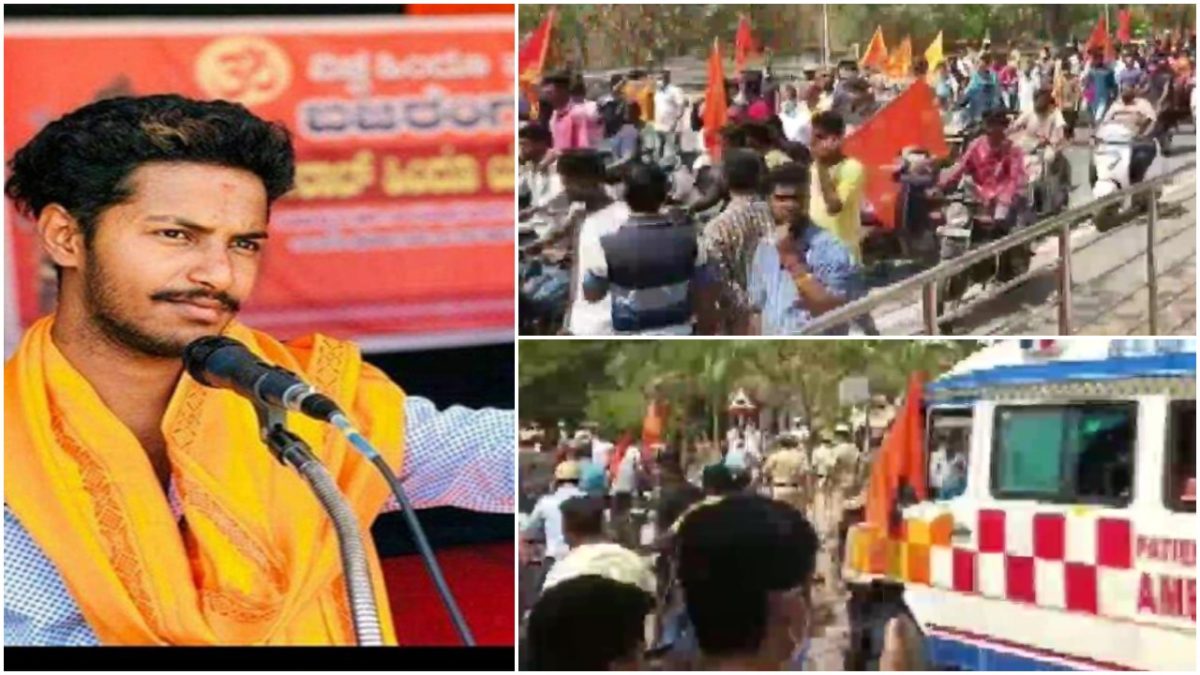 The Bajrang Dal member killing in Shivamogga, Karnataka is escalating new chapters of religious animosity. The religion which a man follows teaches him to be kind and be a human first. But it seems that when religion is used to propagate political agenda, the result is disastrous. Like the recent event which is related to a killing of a young 26 years old man, named Harsha.

Harsha was a member of Bajrang Dal, its a youth wing of Hindu Nationalist Organisation and a member of RSS. The Bajrang Dal shares ideology with RSS’ Hindutva. As per Bajrang Dal people, the killing happened after Harsha posted a Facebook post supporting the Dress code amid the Hijab Row in Karnataka. 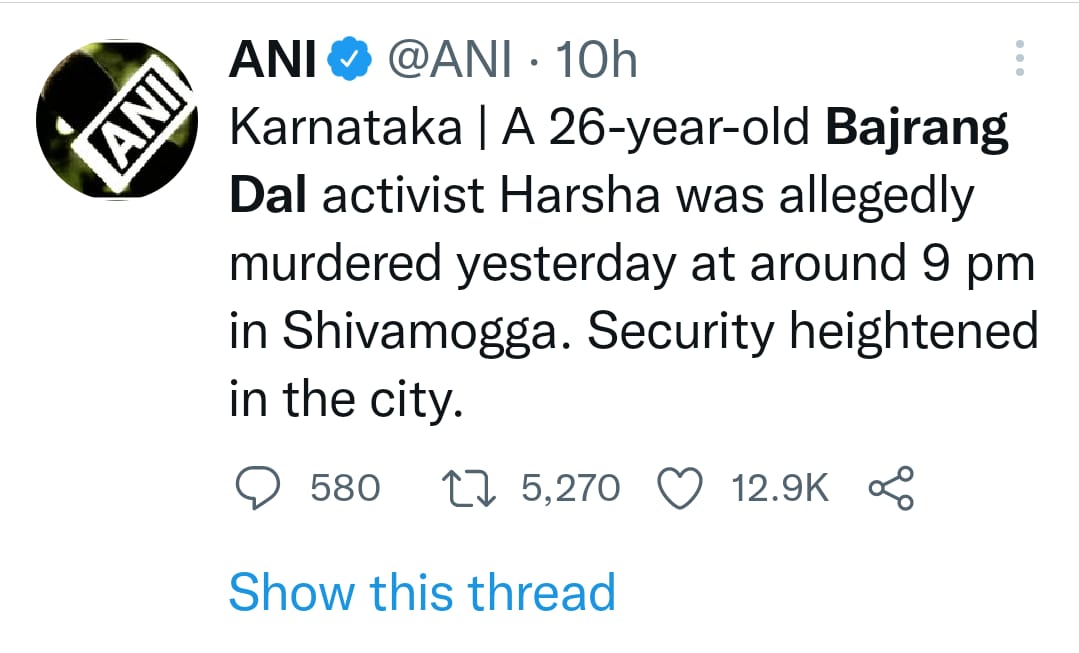 In last two months, the Hijab issue has escalated new heights. So much so that even the case knocked the doors of the Supreme Court of India. Though the matter is still pending in the court. Till the next hearing, Karnataka institutions have banned religious clothing inside the institutions. It includes clothing represents any religious sentiments like Saffron scarves, Hijab etc. In between there were talks spreading everywhere especially in BJP ruled states, which demanded and even announced uniform Civil Code. Like Uttarakhand CM even announced that if BJP wins they will start the Uniform Civil Code.

Though there are still no clear evidences to tell that the death of Harsha is related to Hijab row. But all over social media BJP, RSS and Bajrang Dal Workers and supporter are linking this killing to the Muslim community. At different places in Shivamoga Bajrang Dal members started pelting stones at Muslim houses. The situation may get worse due to that reason the security in Sivamogga is tightened. 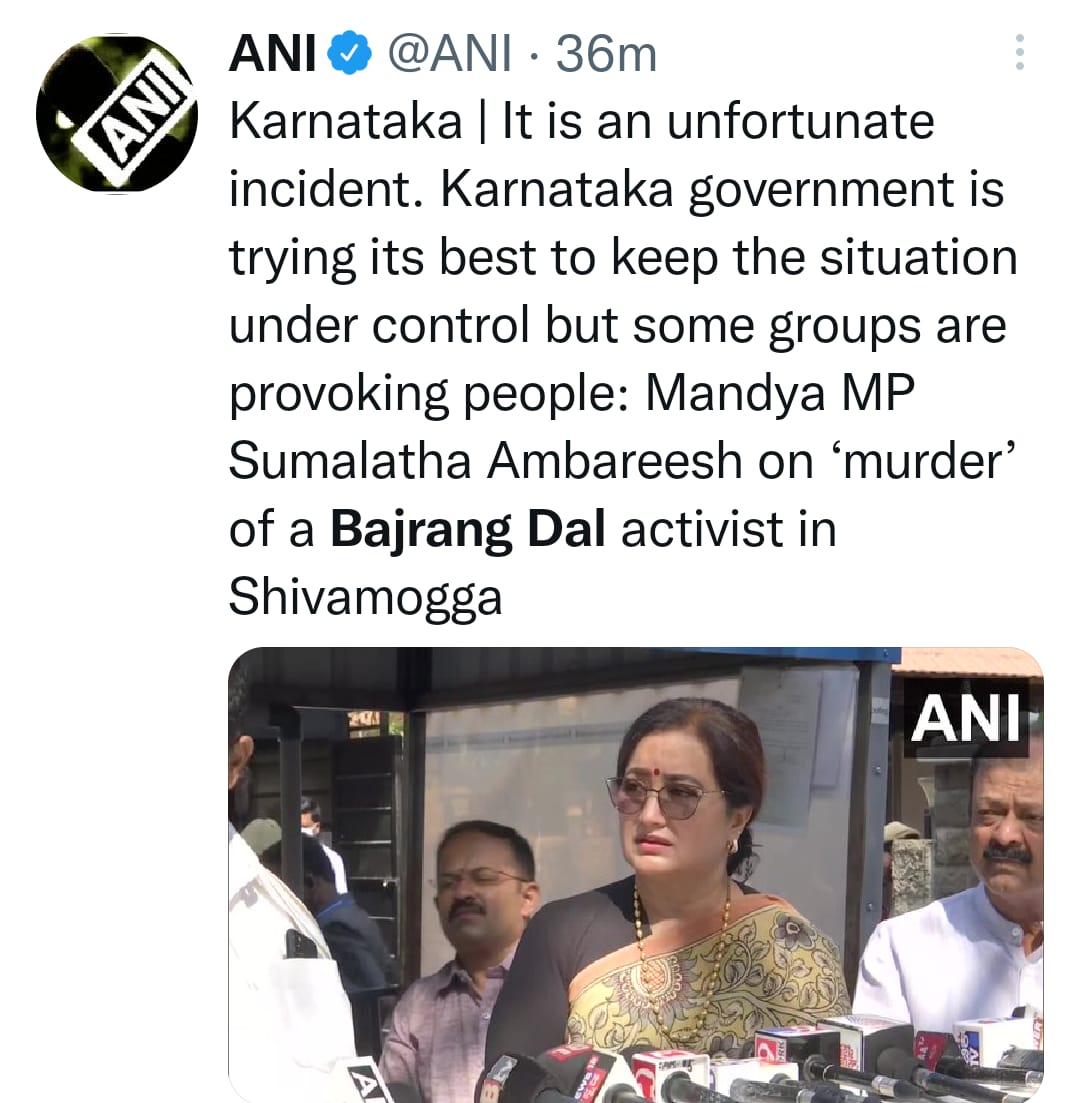 The state home minister Araga Jnanendra has said, “No link between the murder and the Hijab controversy.” He also added that Shivamogga is a sensitive area at present and the police is working on high-alert mode. Soon we will nab the culprits. Its our duty to give justice to Harsha. But till that time we request everyone to maintain peace and remain calm. To ensure this, all schools and colleges are closed for next two days in the state. 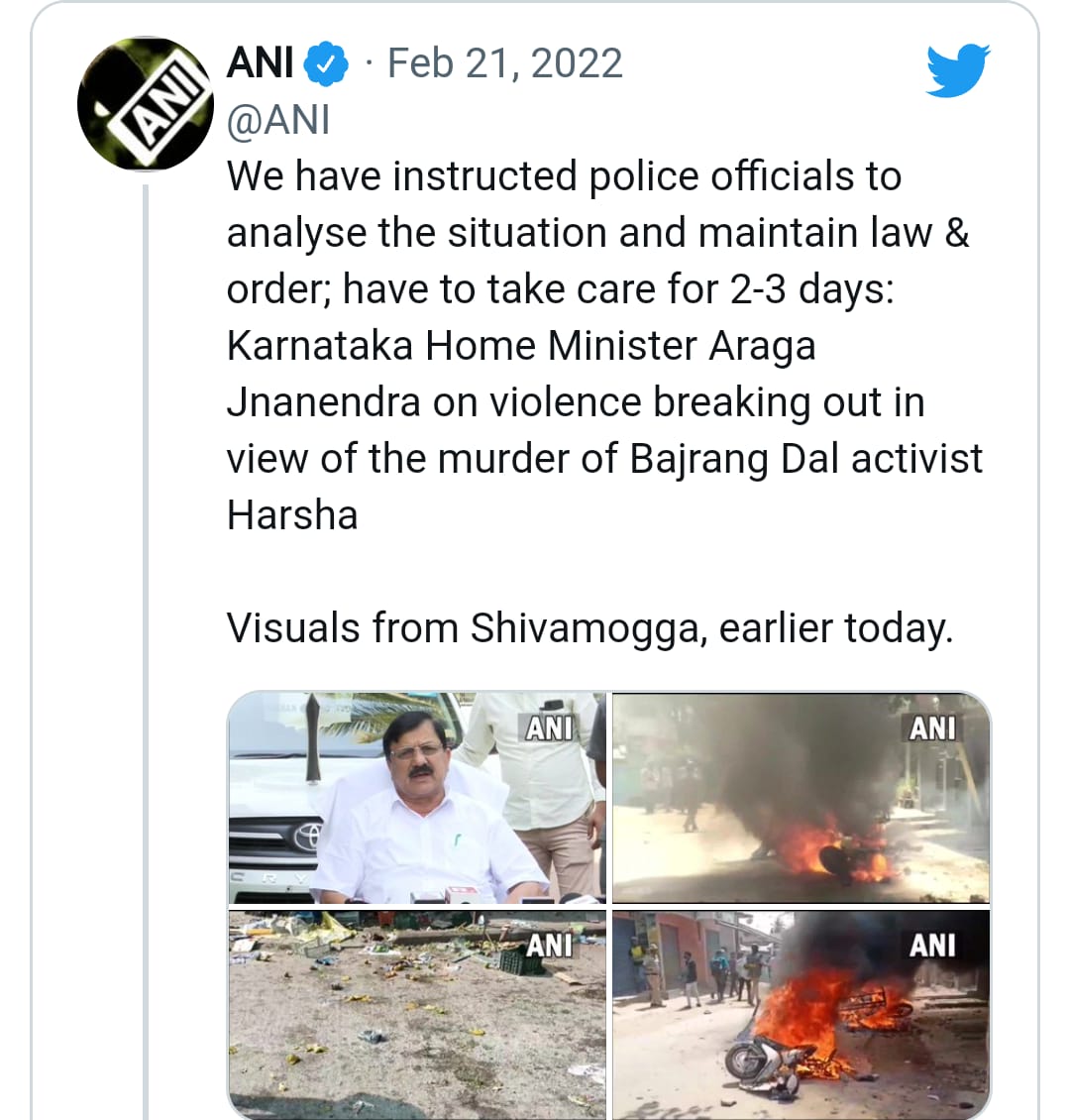 The state Home Minister also says that things are under control, we have sent 200 more police personnel from Bengaluru. Already 1200 police personnel are present at Shivamogga along with the RAF. Till now police has arrested 3 people, but as per leads there were 5 people involved in the murder.

Well this incident certainly has provoked the heat and anger among the Bajrang Dal members. They are furious and directly attacking on Muslim community both on the streets and social media. Social media platform is flooded with hastags like #justiceforharsha #shivamogga #hindurashtra #saffronwave and many more. Some of the members threw stones and put a bike on fire in Azadnagar, Shivamogga in Muslim locality.

Harsha’s cousin brother Praveen says “My brother was an active member of the sangathan. He only used to think about Hindus and that is what killed him”. He demands for a strict action against the culprits.