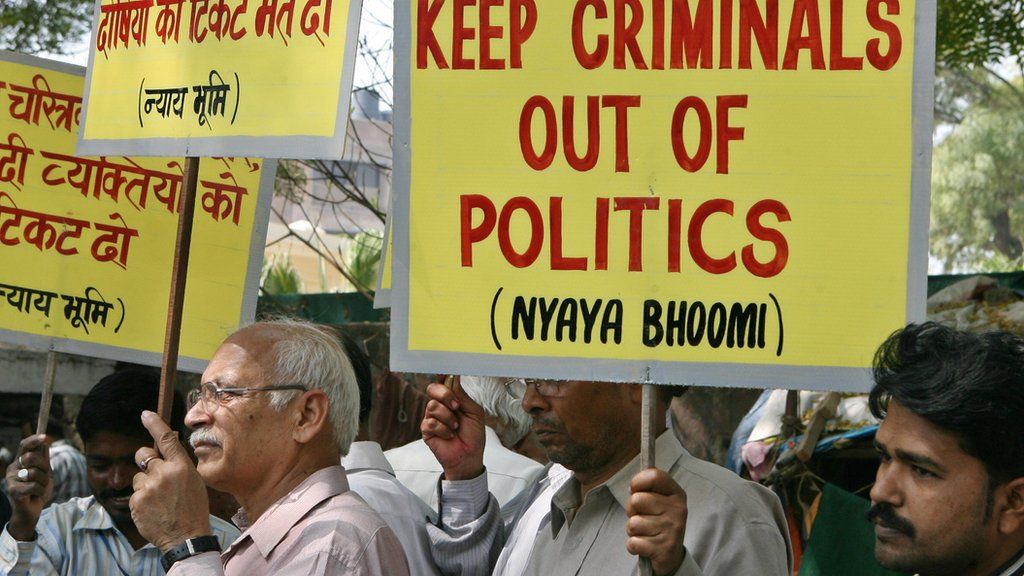 Fielding candidates with criminal records is a common phenomenon in the Indian election system and every state follows it. However, some states particularly come to the fore in giving tickets to candidates with even serious charges against them.

The Election Commission of India (ECI) has announced that it is compulsory for all the political parties to state the details of any candidate with criminal cases or their background history on their websites or social media platforms.

Sushil Chandra, the Chief Election Commissioner (CEC), made it clear that in the upcoming elections in five states, parties have to state the reasons for nominating candidates with criminal records to maintain the purity of elections.

“To maintain purity in the election, in view of the order passed by Supreme Court in the contempt petition number 2192 of 2011 filed in relation to the writ petition number 536 of 2011 by the Election Commission of India, instructions have been issued that if a political party selects candidates with a criminal background, then within 48 hours of the selection of candidates, the political party will have to give details in newspapers, social media platforms and on the party’s website about the selection of the candidate,” said Chandra.

Chandra also stated that candidates with criminal records must publish their background details at least thrice in newspapers and TV channels.

“In view of the order of the Supreme Court, efforts are being made by the ECI and UP CEO to ensure that the general public gets information regarding the candidates. A provision has also been made by the Election Commission of India that all such candidates who have criminal background should publish their details at least three times in newspapers and be carried in electronic channels from the last date of withdrawal of candidatures till the date of expiry of the campaign period,” he said.

He also added that these guidelines have to be enforced very strictly. He also advised the people to use
cVIGIL app to bring to their attention any act of violation, payment of any money or distribution of any freebies. He assured the voters that within 100 minutes of the registration of the complaint, ECI officials will reach the spot to begin their investigation and would take the necessary steps if found genuine.

How Parties Justify Nomination Of Candidates With Criminal Records

Let us now study how such candidates are nominated with one example. Manorama Devi was given a ticket by the ruling Janata Dal (JD(U)) for the Aria seat during the Bihar Assembly election. Her husband, late Bindi Yadav, was a strongman in RJD and was serving a prison sentence for illegal supply of liquor and their son Rocky Yadav was also in prison for murder. A woman with such a criminal background was fielded and justified by JD(U) as someone who had worked extensively for decentralization as an MLC  in her previous stints.  Later, she was also arrested for the supply of liquor in a state where liquor was banned.

Parties recruiting such candidates are always given the responsibility to give an explanation for their move. Evidently, rules have been framed to clean the election system, but it must be accepted that recruiting candidates with criminal records is a norm in elections. The primary reason for their fielding is to win the election, if not by money then using muscle power.