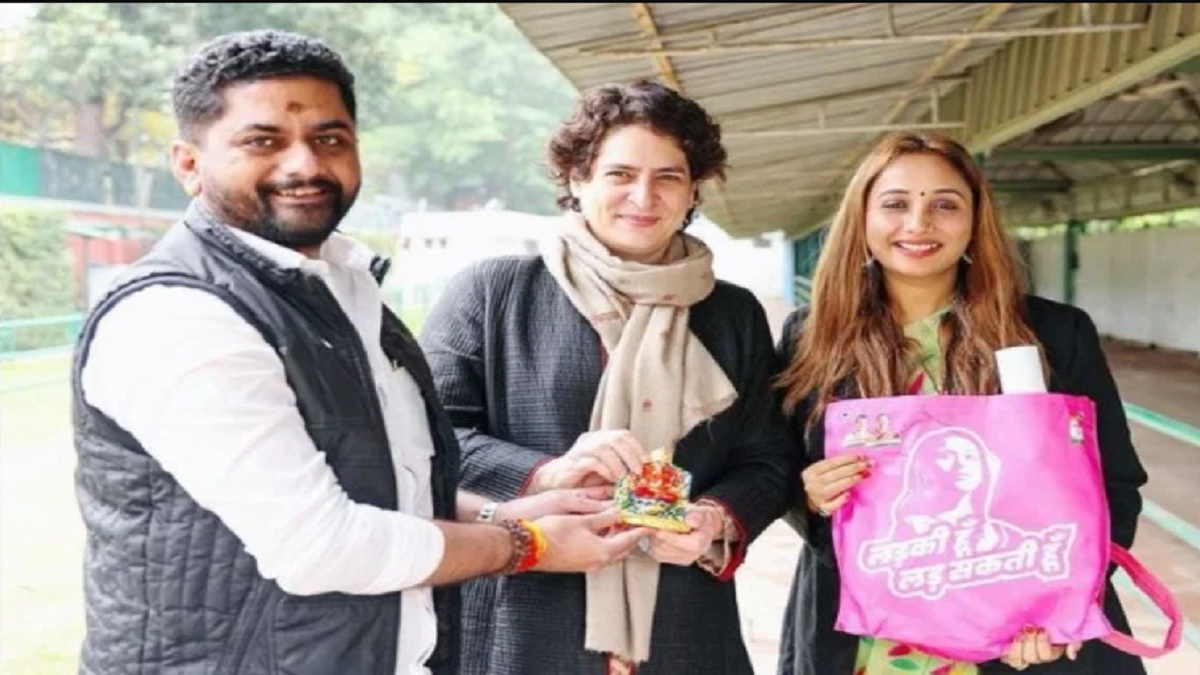 Amidst the electoral atmosphere of Uttar Pradesh, now the ‘Queen’ of the Bhojpuri film industry, Rani Chatterjee, has started her new innings by stepping into politics. The actress has joined the Congress party and she shared this information on social media. Her fans are congratulating her ever since.

Rani Chatterjee has shared a picture on her official Instagram account, in which she is seen standing beside Priyanka Gandhi. In this picture, Rani Chatterjee is also holding a pink colour bag in her hand where it is written, ‘Ladki Hu Lad Sakti Hu’. This is the same slogan, with the help of which Priyanka Gandhi is attacking her opponents fiercely.

In the caption accompanying this picture, Rani Chatterjee has thanked Priyanka Gandhi. Rani wrote, “Another girl is ready to fight. I am starting a new chapter by being associated with Priyanka Ji’s campaign “Ladki Hoon Lad Sakti Hu”. Today met Priyanka Gandhi Ji in Delhi along with my friend Suraj Singh Thakur, youth leader of Mumbai Congress.”

Rani Chatterjee is a popular face of Bhojpuri cinema. She has a huge fan following in UP and Bihar. In such a situation, the Congress party can benefit from her support.

Rani Chatterjee started her career with ‘Sasura Bada Paisawala’ in the year 2004. She worked alongside Manoj Tiwari in this film. After this, the actress gave many hit films.

Rani Chatterjee will soon be seen in many films. She has many films like ‘Lady Singham’, ‘Bhabhi Maa’, ‘Babul Ki Galiyan’, ‘Chhotki Thakurin’, ‘Kasam Durga Ki’, ‘Teri Mehrabaniyan’ and ‘Hera Pheri’ to her credit.