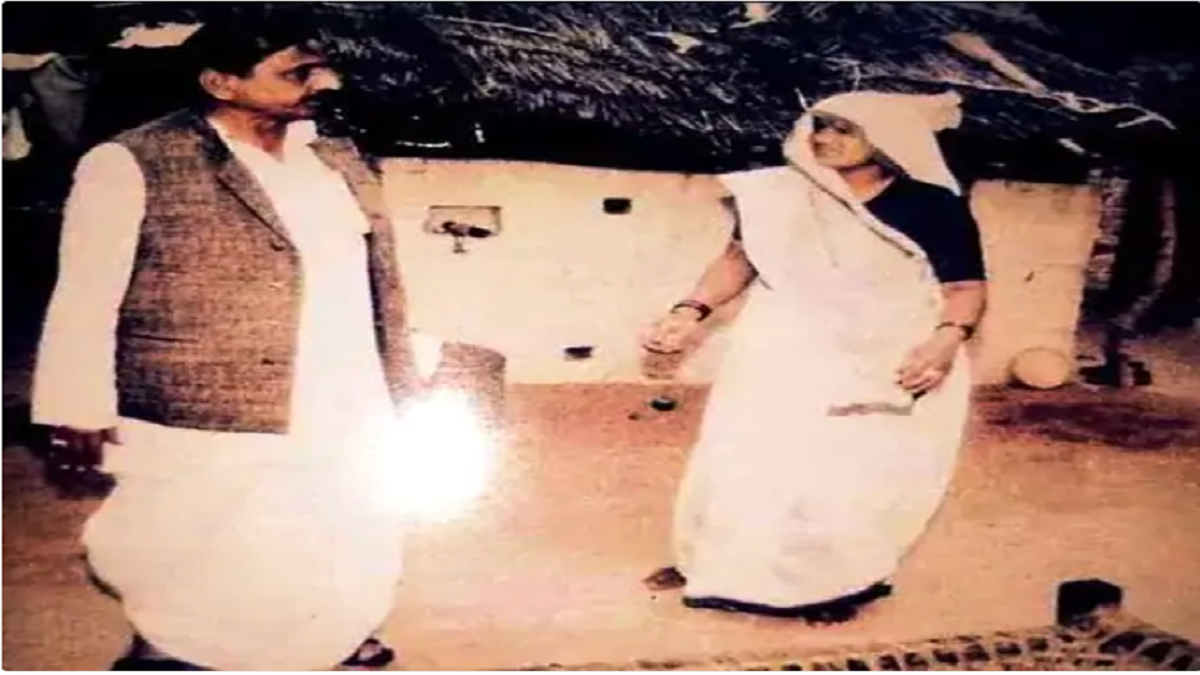 Akhilesh never knew that after 40 years, he would have to answer the questions raised on his father. The Samajwadi Party president held a press conference on January 19, 2022. A journalist asked, “Akhilesh Ji Aparna joined BJP. What would you say? The SP supremo was unable to say anything and just responded, “All I can say is ‘best of luck to her’.”

Congress was breaking up in the country. The dominance of Yadavs was increasing in Uttar Pradesh. The public, the party and young girls were in awe of that cheerful face. Mulayam Singh Yadav, age 43 years.

There was no Samajwadi Party then, it was National Lok Dal. The 23-year-old daughter of Kamalapati, a resident of Auraiya district, was training in nursing. But she wanted to join politics. That sweet-looking girl came to some political events and Mulayam’s eyes fell on her. That girl is Sadhna Gupta.

There is a writer, Sunita Aaron. She wrote Akhilesh Yadav’s biography ‘Badlav Ki Lehar’. In this, she spent some pages on Mulayam’s love story. According to Sunita Aaron, “Initially, Sadhna and Mulayam’s meetings were casual it was Mulayam’s mother because of whom the two came closer. Murti Devi used to be ill at that time. Sadhna attended a nursing home in Lucknow and later joined Saifai Medical College.”

Sunita Aaron further writes, “A nurse in the medical college was going to give the wrong injection to Murthy Devi. Sadhana was present there and she immediately stopped the nurse from doing so. This impressed Mulayam and their relationship started. Akhilesh Yadav was a school student then.”

Amar Singh was the only person who knew that Mulayam had fallen in love with Sadhna. He didn’t tell anyone. How could he disclose that – Mulayam had wife Malti Devi and son Akhilesh in his house.

In 1988, Three Things Happened Together

Neha Dixit wrote in Caravan magazine, “For the first time in 1988, it was Mulayam who introduced Akhilesh to Sadhna Gupta. Then he was 15 years old. At the same time, Akhilesh did not like Sadhna. Once, Sadhna slapped him. And he was sent first to Etawah, then to Dholpur for studies.”

Then enters Vishwanath Chaturvedi. He didn’t do much. Just tear up all the pages of Mulayam’s life that were buried. He filed an affidavit in the Supreme Court on July 2, 2005, against Mulayam asking how in 1979 a socialist with assets worth Rs 79 thousand became the owner of crores? and an investigation began against him. By 2007, old pages were searched, new reports were written:

The truth is that Sadhana came into Mulayam’s life in 1988 and in 1989, he became the CM of UP. Since then, he started considering Sadhna lucky. The whole family knew about it. In 2007, Mulayam gave an affidavit in the Supreme Court in the disproportionate assets case against him.

In it it was written, “I accept Sadhna Gupta as my wife and Prateek as my son”.

Now, the fear arose that another successor of the Samajwadi Party is there, but the story does not end here either.
Akhilesh was very angry with his father. Mulayam won the 2012 assembly elections by fighting alone and gave the throne to Akhilesh Yadav. On January 19, when Aparna Yadav, the daughter-in-law of the Sadhana, held the BJP’s flag, people asked, “Is Akhilesh unable to handle it.”