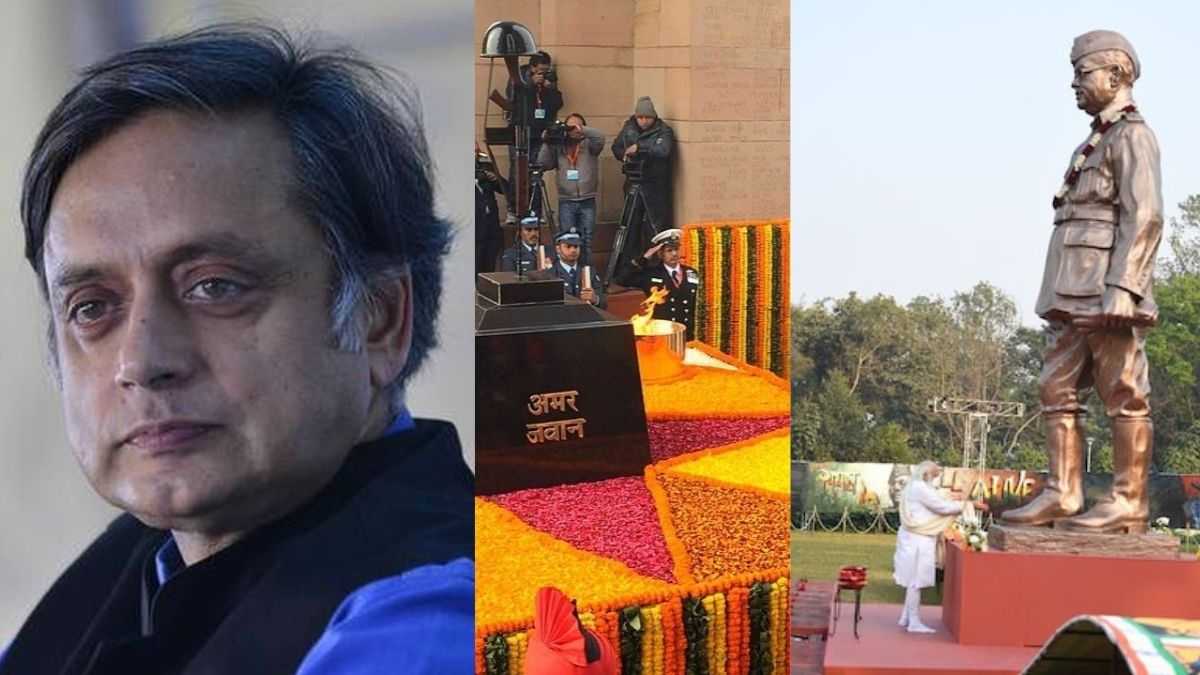 On Sunday, Prime Minister Narendra Modi unveiled a hologram statue of Netaji Subhas Chandra Bose at India Gate. There is a political debate about Subhash Chandra Bose and Amar Jawan Jyoti. On this, Congress leader Shashi Tharoor said that there are 164 institutions in the name of Netaji in India, all of them before 2014. They should not be seen as just holograms. He had not only valour and greatness but also some solid principles which sadly the present government is leaving him.

He also said that you cannot extinguish the Amar Jawan Jyoti just because you have to light another flame at the National War Memorial. You cannot destroy what is eternal just because of the whims of the present government.

Congress leader Rahul Gandhi also opposed this decision. He said that some people cannot understand patriotism and sacrifice.  After that, the Government of India had made many tweets on this matter. Rahul Gandhi had tweeted and wrote, “It is very sad that the Amar Jawan Jyoti, which used to burn for our brave soldiers will be extinguished today. Some people cannot understand patriotism and sacrifice. Never mind, we will burn the Amar Jawan Jyoti once again for our soldiers.”

Prime Minister Narendra Modi on Sunday took a jibe at the previous Congress governments on the 125th birth anniversary of Netaji Subhas Chandra Bose. After unveiling the hologram of Netaji, he said that after independence, apart from the culture and values ​​of the country, efforts were made to erase the contribution of many great people.

He stressed that the country is now rectifying the mistakes of the past. Also said that India’s freedom struggle involves the sacrifice of millions of people, but efforts were made to limit their history. But after decades of independence, today the country is correcting those mistakes.