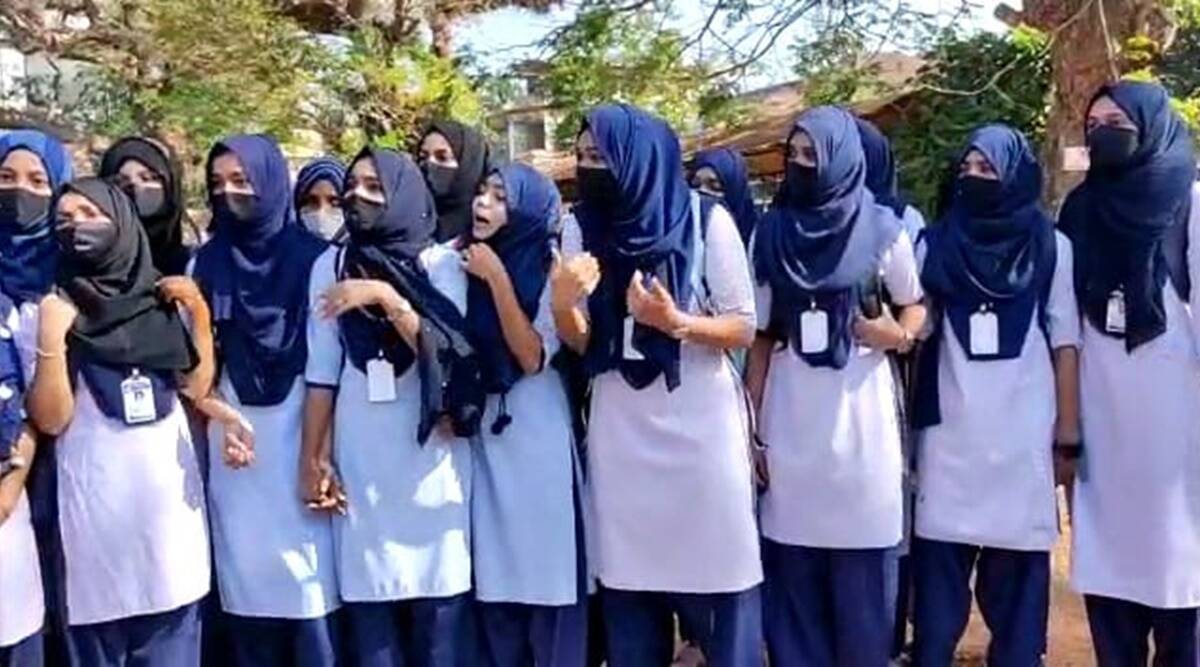 The truth of our society is far from the written document the Constitution, for the Indian citizens. The Karnataka hijab row is one such incident. Not only this, a BJP minister even compared it to the “Talibanisation” of Karnataka. In such a scenario, the girls and their families are finally protesting against the move laid down by the college authorities.

The whole ruckus started at the Women’s Government College in Udupi. Still, the girls are sitting outside the class and listening to lectures, as they are not allowed in the classroom. The group of Muslim girl students and their families have filed a petition in the High Court of Karnataka. The petition is due for a hearing on February 8, 2022.

What Led To Hijab Row?

At present in different colleges, such discrimination stories are cropping up in the state of Karnataka. But, this matter escalated when Muslim girls, wearing their sacred veil, hijab, were denied entering the classroom in the Women’s Government College in Udupi on December 28, 2021.

Since then, 5 colleges have denied the entry of Muslim girls clad in hijab. It includes 3 government-run colleges and 2 private colleges. As per the statement by institutions authorities, it says that such rules help in the prevention of the display of any religious symbols within college premises.

The first incident was reported from the Bhandarkar’s College in Udupi. Muslim girls were stopped at the gate of the college in presence of a police contingent. Students told that they have been forced not to wear hijab in order to attend the classes. Even their parents were called off by the principal and without any proper answer, college authorities notified them that hijab is not allowed anymore.

The third similar story cropped up in BB Hegde College in Kundapur. It’s a private institution that on Friday stopped the Muslim girl students wearing the headgear in the college.

As soon as the incident started gaining momentum, Congress in the opposition in Karnataka has been in fierce mode. Recently, Rahul Gandhi also shared his views on social media platforms stating that we are robbing the future of the daughters of India on basis of hijab. Maa Saraswati gives knowledge to all. She doesn’t differentiate.

Siddaramaiah also said that Congress will raise this issue in the parliament too. This is not the first time that Congress and its leaders have raised their voices for such causes. Recently, the party chairperson Sonia Gandhi condemned the regressive passage on women in CBSE’s paper, in the Assembly.