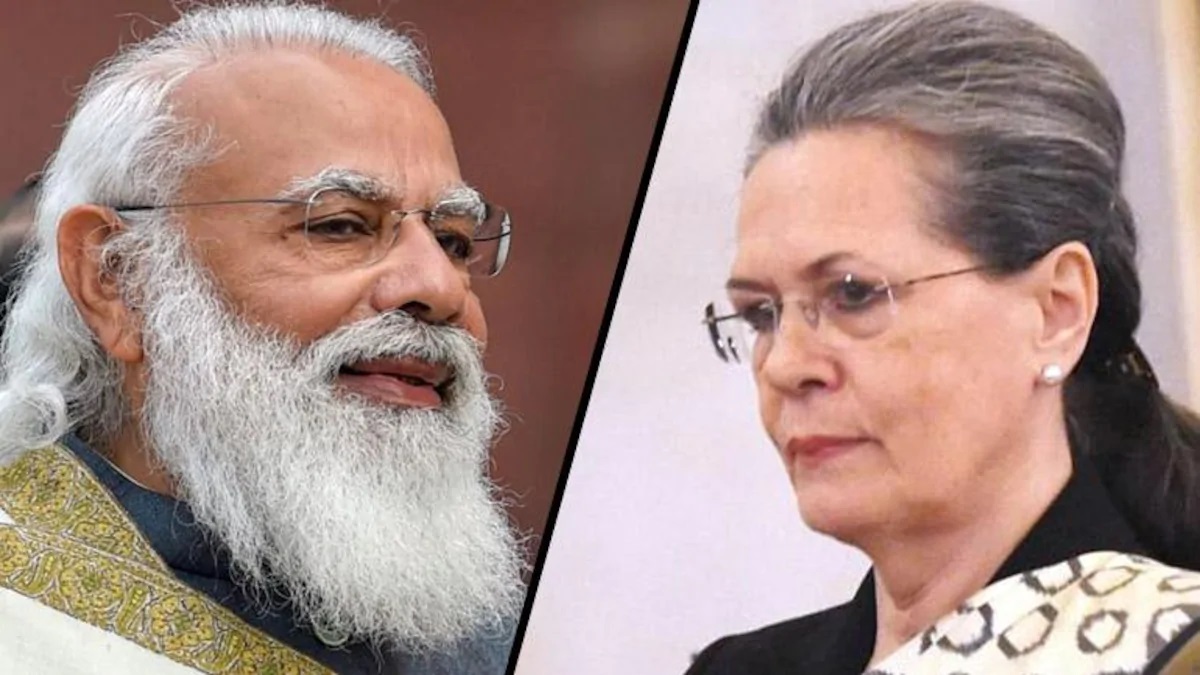 The ruling party and the opposition have different claims regarding China’s incursion into the Indian border. The answer to the question of who is ‘lying’ about infiltration is being received from both sides. Sonia Gandhi says that there are big challenges on the borders of the country, but the opposition is not being given an opportunity to speak on this issue in Parliament. In response to a question asked during the session, the Union Home Ministry said, “There has been no infiltration along the China border in the last three years. That is, the number of cases of infiltration from China is ‘zero’. On the other hand, the Congress party has been continuously raising this issue. According to Congress leader Pawan Khera, even after the completion of 13 rounds of Corps Commander level meetings, no result is coming out. Chinese soldiers are shamelessly entering Indian territory. Our jawans are bravely stopping them at the borders. What China has done in Uttarakhand, Ladakh and Arunachal Pradesh is no longer hidden from anyone. The government is lying on lies.

There should be full discussion on relations with neighbours: Sonia Gandhi

In the Parliamentary Party meeting of the Congress Party in the Central Hall of Parliament, Interim President Sonia Gandhi strongly targeted the Modi government. He said, it is extraordinary that the government is not giving any opportunity to discuss the challenges that are going to come on the borders of the country. Such discussions are an opportunity to demonstrate collective will and resolve. The government does not want to answer such difficult questions. It is the right and duty of the opposition to seek clarification on the issues related to the country’s borders. In such a case, the Modi government refuses to allot time for debate. The government should have a full discussion on the status of the country’s borders and relations with its neighbours.

There are zero cases of infiltration along China border: Home Ministry

In the current session of Parliament, Lok Sabha member Chirag Paswan asked, what is the number of infiltration cases that have come to light in the border areas during the last three years. Minister of State for Home Nisith Pramanik said that 128 on India-Pakistan border, 1787 on Indo-Bangladesh border, 25 on Indo-Nepal border, Zero on Indo-Bhutan border, 133 on Indo-Myanmar border and ‘Zero’ on Indo-China border. ‘There have been cases. On the other hand, Congress party leader Pawan Khera says, “All is not well regarding the border dispute between India and China. The dispute in Ladakh has not ended for one and a half years. The deadlock continues to grow. He said, Prime Minister Narendra Modi is refraining from taking the name of China. It was the Prime Minister who had said that ‘not even an inch of Indian territory’ was given. Now 13 rounds of military talks between the two countries have been completed. What has been discussed in that, tell the country. On the other hand the army chief said, China is here to stay.

Pawan Khera said, Chinese soldiers are shamelessly entering Indian territory. Our jawans are bravely stopping them at the borders. It is only a few days that when crossing the Tun Jun La pass in Uttarakhand, Chinese incursions were seen till near Barahoti. Chinese soldiers arrive at Tawang in Arunachal Pradesh. In the hot spring area, China has arranged for logistics facilities. An artillery unit and an air defense base have also been established. Meaning, China has built extensive infrastructure there. This is a major potential threat to India’s strategic interests in the northern regions. The foreign ministry statement said that the situation along the LAC was due to unilateral efforts by China to change the status quo and violation of bilateral agreements.

The Congress party has surrounded the central government many times to protect the borders of the country. The party has said, why did the Modi government lie to the country that no Chinese has entered Indian territory. More than 100 Chinese soldiers crossed the Tun Jun La pass in Uttarakhand and entered an area of ​​5 km in Indian sovereign territory near Barahoti. How Chinese soldiers stayed there for more than three hours on August 30, 2021. Has this government and its agencies not failed to protect India’s national security and sovereignty? Even after this, the government is saying that no case of infiltration has come to light. According to Pawan Khera, in the last few years there has been infiltration from Ladakh to Uttarakhand and from Sikkim to Arunachal Pradesh. China is strengthening its infrastructure along the LAC. He is repeatedly infiltrating Indian territory. Why are the Prime Minister, Defense Minister and External Affairs Minister silent. The government is not telling anything clearly on the Depsang and Daulat Beg Oldi sectors, which are considered to be very important implications of Chinese incursion.

PLA not ready to discuss

After the 12th round of military talks in August, it was mutually agreed that troops of both countries would withdraw from the Gogra region. In contrast, China got an opportunity to strengthen the army on a large scale along the Daulat Beg Oldi sector. According to the Congress party, the PLA deployed its troops in large numbers there, but also upgraded the weapon system. There is now also an advanced S-400 air defense missile system. It has been deployed along Demchok Sector. It is a danger to airplanes within an area of ​​400 km. From here almost the entire Jammu and Kashmir and Ladakh can be covered.

On the basis of this report, the Congress party has demanded from PM Modi to withdraw the clean chit given to China. In June last year, BJP MP from Arunachal Pradesh, Tapir had written a letter to PM Modi warning that China had infiltrated the country’s border. But the PM and the Home Minister rejected those claims. It has been 17 months now, but Modi has given a clean chit to China. This clean chit is a dark chapter in the history of India because China has used it all over the world.