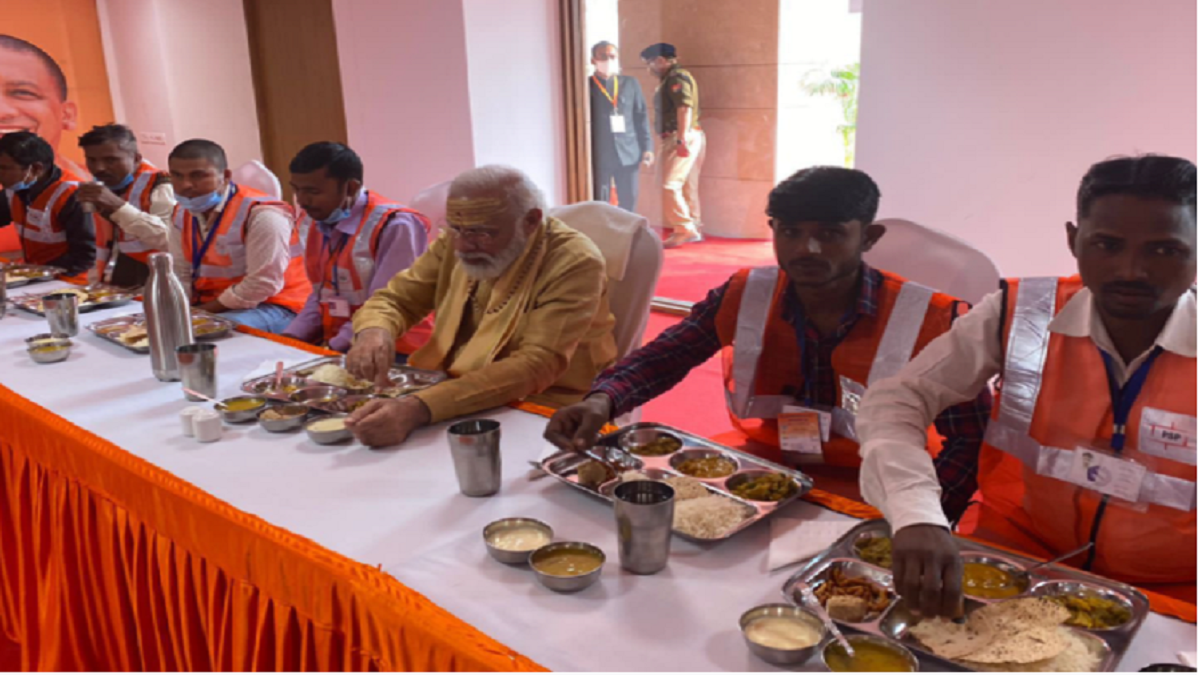 Prime Minister Narendra Modi inaugurated Kashi Vishwanath Dham on Monday. After this he addressed the people in the Dham. He began his speech with the proclamation of Har Har Mahadev. Then in Bhojpuri everyone said Pranam ba. He said that along with Baba, I am also coming after seeing the city Kotwal Kalbhairav ​​ji, bringing his blessings for the countrymen. Whatever is new in Kashi, it is necessary to ask them. I also bow at the feet of the Kotwal of Kashi.

The invaders attacked this city, tried to destroy it. The history of Aurangzeb’s atrocities, his terror is witnessed. Who tried to change the civilization on the strength of the sword. But the soil of this country is somewhat different from the rest of the world. If Aurangzeb would have came here, Shivaji would also have stood up to protect the Kashi. If any Salar Masood moves here, then brave warriors like King Suheldev make him feel the power of our unity. Even during the British era, the people of Kashi knew what happened to Hastings.

PM Modi said that it has been said in our Puranas that as soon as one enters Kashi, one becomes free from all bondage. Lord Vishweshwar’s blessings and a supernatural energy awaken our inner soul as soon as we come here. This whole new complex of Vishwanath Dham is not just a grand building. It is a symbol of our India’s eternal culture, spiritual soul, India’s antiquity, traditions, India’s energy and dynamism.

The Prime Minister said that if you come to Baba’s dham, you will not only have darshan of faith. You will also get a feel of the glory of your past here, how antiquity and innovation are coming alive together. How the inspirations of the ancient are giving direction to the future and we are seeing this in the Vishwanath Dham complex. Today is Monday, the favorite day of Lord Shiva. Today Vikram Samvat 2078 Margashirsha Shukla Paksha Dashami Tithi, is creating a new history. It is our good fortune that we are witnessing this date. Earlier the temple area was only three thousand square feet, but now it has become about 5 lakh square feet. Now 50 to 75 thousand devotees can come to the temple and temple premises. That is, first the darshan-bath of Mother Ganga, and from there directly to Vishwanath Dham.

The PM further said that Kashi is Kashi! Kashi is imperishable. There is only one government in Kashi, those who have damru in their hands have their government. Who can stop Kashi where Ganga flows by changing its current.

The PM said, today I also want to express my gratitude to every laborer brother and sister, whose sweat has been shed in the construction of this grand complex. Even in times unlike Corona, he did not let the work stop here. Varanasi has lived through the ages, has seen history deteriorating. How many periods came, so many sultanates arose and got mixed in the soil. Yet Banaras remains. Banaras is spreading its juice.

Kashi is not a matter of words, it is a creation of sensations. Kashi is the one where awakening is life, death is auspicious, truth is sacrament and where love is tradition.