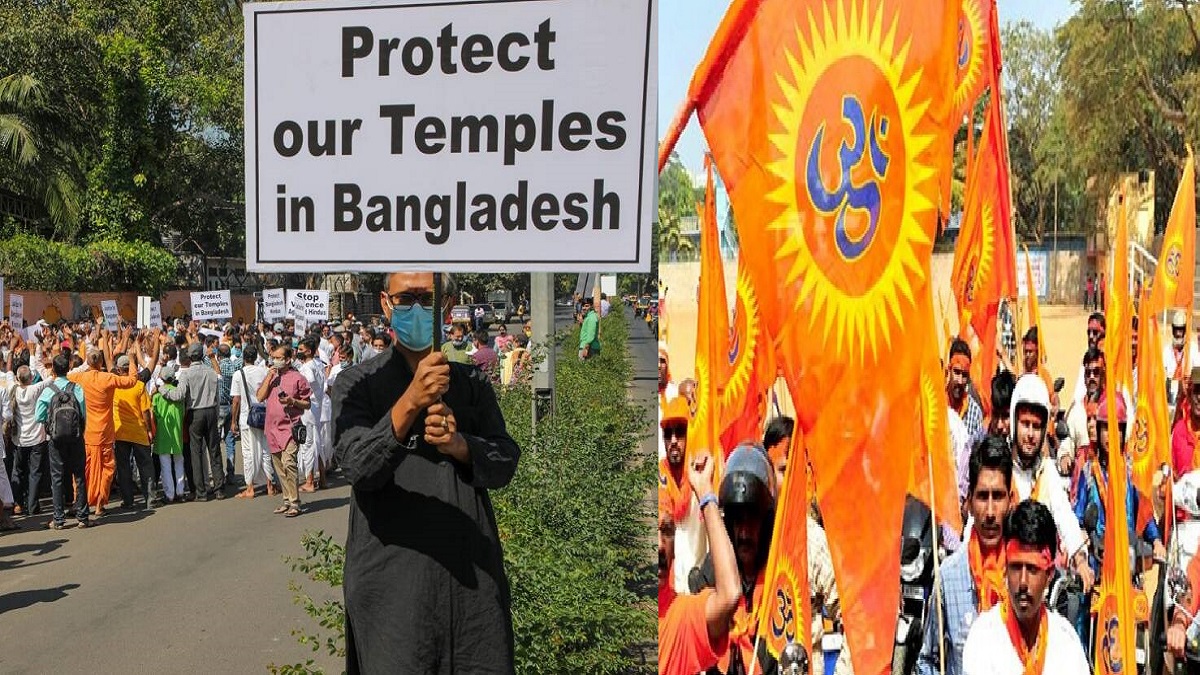 The Vishwa Hindu Parishad (VHP) said in a press release on Saturday that the three major world bodies were written to by joint general secretary and VHP’s head of international affairs Swami Vigyananand to constitute an international inquiry commission and send a fact-finding mission to Bangladesh and The Bangladesh government has been urged to pressurize it, while ensuring protection, justice and compensation to the victims.

Swami Vigyananand also demanded exemplary punishment to the perpetrators of the incident and urged the bodies to take action against criminal jihadi organizations to prosecute and repeal the Vested Property Act 2013. The letters were addressed to UN Secretary-General Antonio Guterres, Michelle Bachelet Jeria of the United Nations High Commission for Human Rights and EU President Ursula von der Leyen. The VHP has said in its letter that the “genocide” of minority Hindus in Bangladesh continues “unabated”. The brutal killings of innocents in more than 22 districts in the last 10-12 days violate any notion of humanity. The letter reads that radical Islamists created despair and panic among devotees by forcibly entering places of worship during the holy Durga Puja and destroyed temples by vandalizing idols of deities.