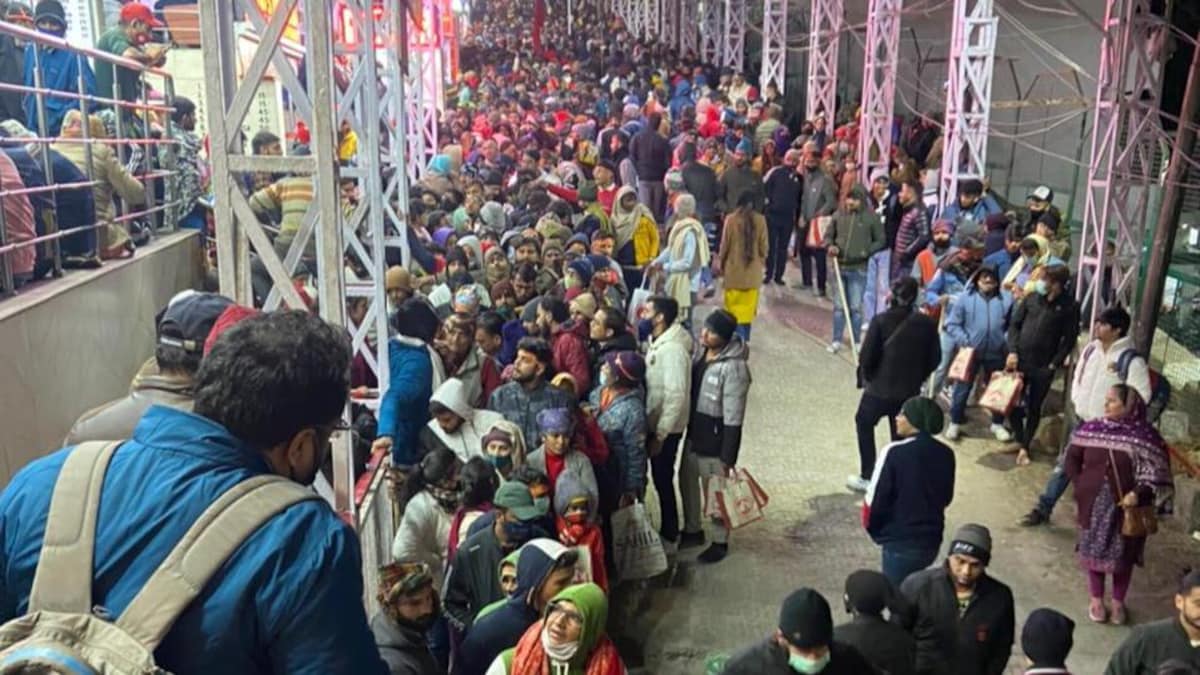 Vaishno Devi Overrun on New Year’s Eve takes away lives of 12 people and leaves 14 injured. This incident took place on 1st January 2022 at early morning hours in Katra. Common people claims that the mismanagement by the authorities are responsible for this mishap. As there was no check on the number of people entering the shrine has led to this incident. This is the first ever stampede which took place at Vaishno Devi Shrine. As soon as news poured on social media it became viral as most of the states are under covid protocol. So, presence of such massive crowd raises a question mark on the functioning of the centre led J&K union territory. PM Modi also forwarded his condolences on this incident. PMO also announced an ex-gratia of Rs 2 lakh each from PMNRF who died in the mishap.

As the new pour in and people starting blaming the authorities for the stampede . A high level committee of three member has been announced, headed by the Principal Secretary to the Government, Home Department Mr. Manoj Kumar Dwivedi. J&K Director General of Police Mr. Dilbag Singh says that initial reports from the scene suggests that a small verbal spat between young boys led to this stampede, an unfortunate incident. He also adds that our team and officers from the civil administration were vigilant enough to bring back the situation to normal within few hours. But sadly till that time we lost few lives which is very unfortunate to happen.

J&K lieutenant, Manoj Sinha, also tweeted about the incident forwarding his prayers and condolences to the families of both died and injured in the stampede. Mr Manoj Sinha also announces help of Rs 10 lakh for the families of pilgrims who dies in the overrun at Vaishno Devi Mandir. He also adds Rs 2 lakh will be given to the injured pilgrims of the incident along with the cost of treatment by the Shrine Board.

The Three member committee formed to look into the matter has to submit the report in a week’s time. It is constituted by the Lt. Governor Manoj Sinha of J&K. The committee will examine the reasons behind the mishap. It will also look into the matter of management provided by the Shrine board. So that if required it can suggests new measures to prevent such tragic incidents in the future. One question which is still rises, How so many devotees were allowed to enter the shrine despite of digital planning and security checks as said by official team, was perfectly in check.