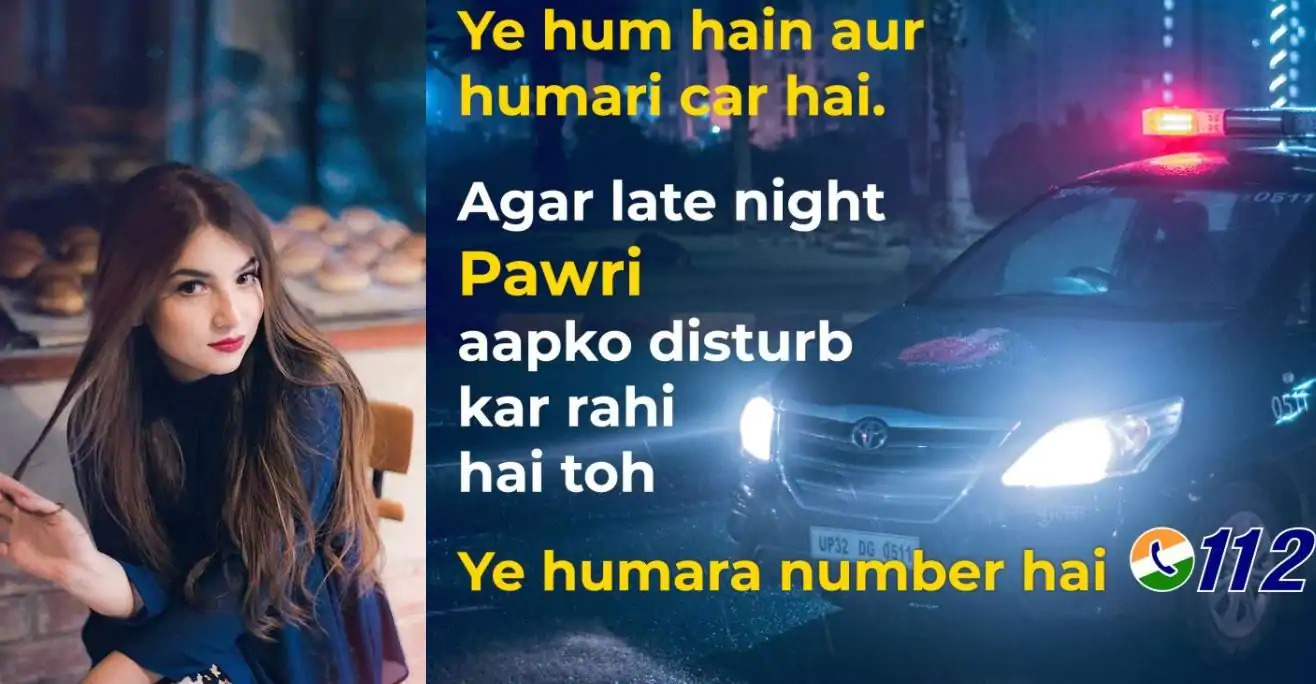 For the past few weeks, the ‘Pawri Ho RI Hai’ trend is going viral everywhere on social media. Within days the internet was flooded with ‘Pawri’ memes and recreations including a video created by viral music genius Yashraj Mukhate who created a song out of ‘Pawri Ho Ri Hai’.

Living up to the opportunity now UP police has also joined the meme party to raise awareness about loud night parties. Uttar Pradesh Police has shared a post on their social media that has a graphic image of a police car and has a message which says “Yeh hum hain aur humari car hai. Agar late night Pawri aapko disturb kar rahi hai toh yeh humara number hai 112 (In English it says ‘This is us and this is our car. If a late night Pawri is disturbing you, then this is our number 112’).” In the caption, they wrote, “Late night #PawriHoRahiHai aur aap disturb ho rahe toh call karein 112.”

Very soon the Uttar Pradesh Police creative initiative went viral and received more than 10k likes in few hours.
The viral video was created by young Pakistani influencer Dananeer Mobeen who went on a trip with her pals where the legendary viral clip came into existence. While filming her good time Dananeer says in the video “Yeh humaari car hai, aur yeh hum hai. Aur yeh humari pawri ho rahi hai (In English it translates to ‘This is our car, and this is us. And we are having a party’)”. ‘Pawri’ is the way Daneer pronounces the word party in her video.

On her video being viral in such a huge scale Dananeer has shared her response on her social media. She said, “I’m so overwhelmed with the love the video is receiving and I’m so surprised by the fun recreations”. She even uploaded a video of herself and her friends dancing on Yashraj Mukhate’s ‘Pawri Ho Ri Hai Song’.

Many major brands like Swiggy , Zomato, and Netflix have also contributed to the whole ‘Pawri’ trend too.