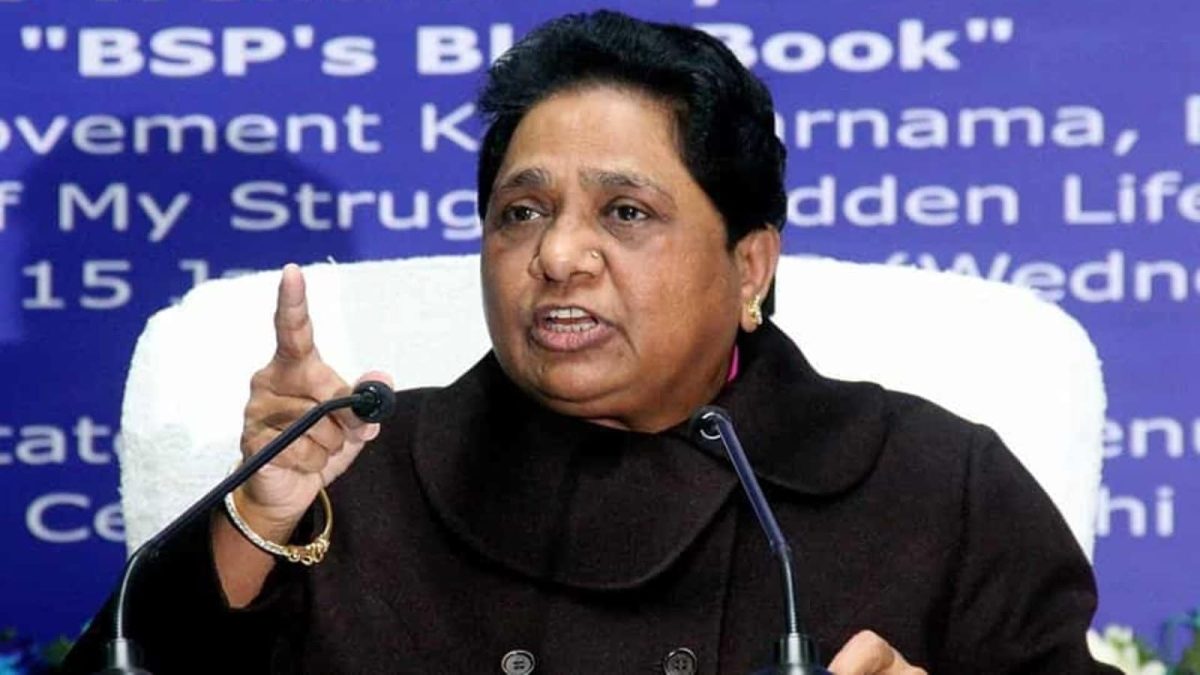 MAYAWATI ASK NOT TO WASTE VOTE FOR CONGRESS

Days befor the Assembly elections in Uttar Pradesh are surely heating up with different political giants involving in pinpointing each other. The Bahujan Samaj Party (BSP) supremo Mayawati hit out at the Congress leader and face of the UP Congress Priyanka Gandhi, on her remark of “Mayawati is silent.”

Mayawati said, “The condition of Congress party in general elections of the UP assembly has remained so bad that their CM candidate has changed stand within few hours. In such situation, it would be better that people don’t spoil their vote by voting for Congress, but vote for BSP unilaterally.”

She also said that parties like Congress are vote-cutting parties in the eyes of the people. The benefit will go to the BJP if people vote for such parties and alliances.

The BSP chief sets the agenda clear by telling people to vote for their party if they want to remove BJP from UP. She also adds that to remove BJP from the power, there is a need of a government that works for all sections of society. In the past, BSP has managed to win the trust of people with policies and works aimed towards them.

She also took a dig at BJP and incumber chief minster of UP Yogi Adityanath, saying that whenever BJP talks of development, it mentions the work that BSP started. She tweeted, “It would be better if Chief Minister Yogi Adityanath, while praising his government, also talks of the work done for the public because he should know that the BSP’s track record in giving houses to poor and landless people is excellent”.

In another dig at Yogi Adityanath, she said the CM lives in a bungalow in Gorakpur. Maybe people of western UP are not aware of this.

Although, it has been said by the BSP chief that she won’t be contesting elections this time. She also added that under BSP rule, around 1.5 lakh houses and ownership was given to people under schemes like Hitaay Gareeb Awas Yojana and Kanshiram Awas Gareeb Yojana.