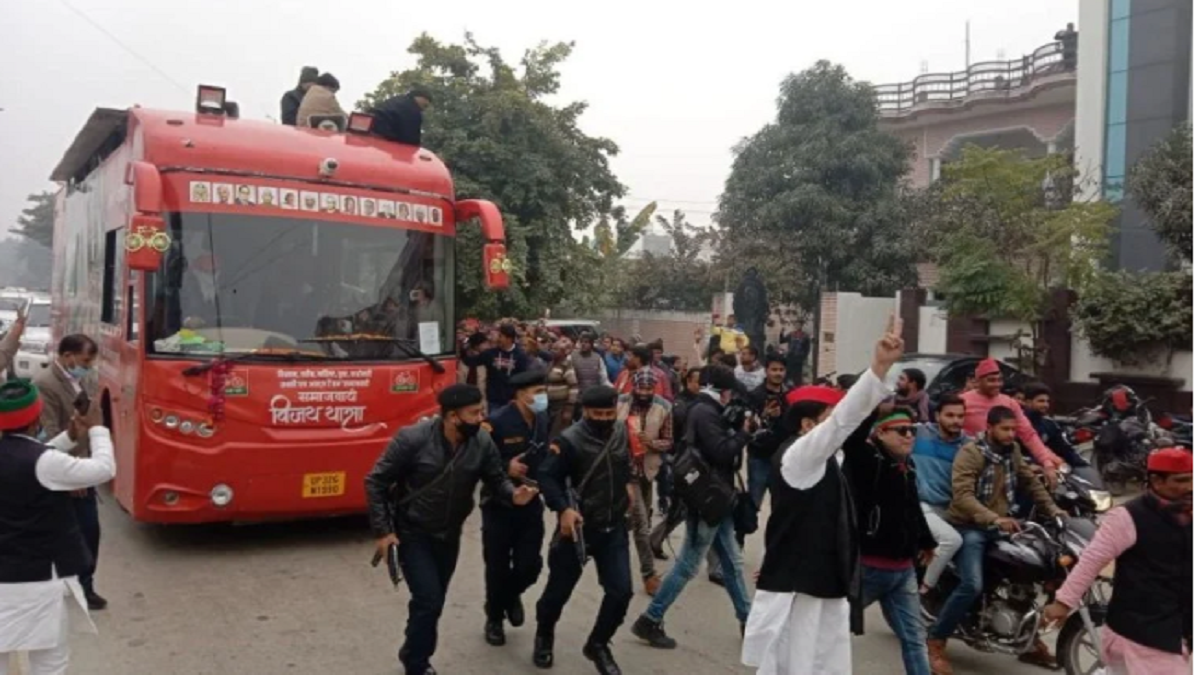 In Uttar Pradesh’s politics, on one hand, the Bharatiya Janata Party (BJP) talks about realizing the dream of Sardar Vallabhbhai Patel by giving the slogan of Sabka Saath Sabka Vikas. At the same time, the Samajwadi Party (SP) government in the state has also made promises for the development of all.

When Mulayam Singh Yadav’s son and former chief minister Akhilesh Yadav, who was contesting the election from Mainpuri’s Karhal assembly seat, came out on a victory chariot, everyone was in awe. This time there was a picture of Sardar Patel on his victory chariot. Many types of speculations have been made by experts after seeing this picture.

In UP, where on one hand the BJP is fighting the elections on the issue of Hindutva and development. At the same time, the Samajwadi Party has entered the fray in the state in alliance with the Rashtriya Lok Dal RLD.

This time the pictures of the country’s greats are included on the victory chariot of Lohia’s socialist party. By the way, BJP is giving an edge to the ideology of Sardar Patel. But this time the picture of Patel on Akhilesh Yadav’s victory chariot is giving a different indication. The Samajwadi Party is talking about providing employment to the youth, a socialist pension, as well as waiving the farmers’ sugarcane payments and irrigation bills.

The Samajwadi Party was successful in saving its stronghold in Mainpuri. Three out of four seats were won. This time Akhilesh has made a bet to regain the lost prestige in the elections.