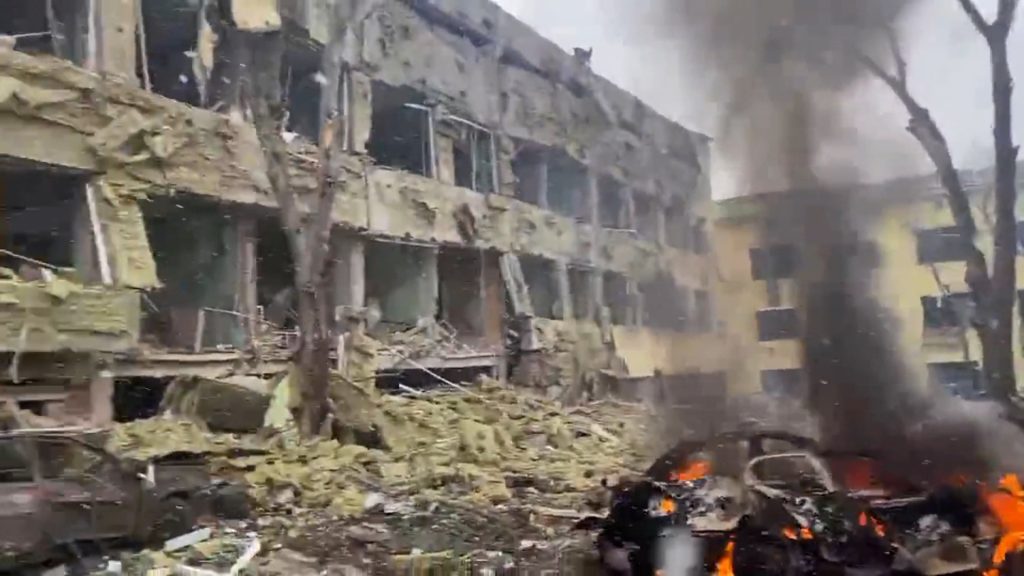 MARIUPOL MATERNITY HOSPITAL BOMBED BY THE RUSSIAN TROOPS AMID CEASEFIRE

The Ukraine crisis seems to have intensified as Russia has recently bombed a maternity and child hospital in Mariupol. The attack happened amid the so called agreed ceasefire between Russia-Ukraine to evacuate the innocent people trapped in war.

Earlier, Russia agreed to give a clear passage to the people stuck in Mariupol and other hostage cities across Ukraine. 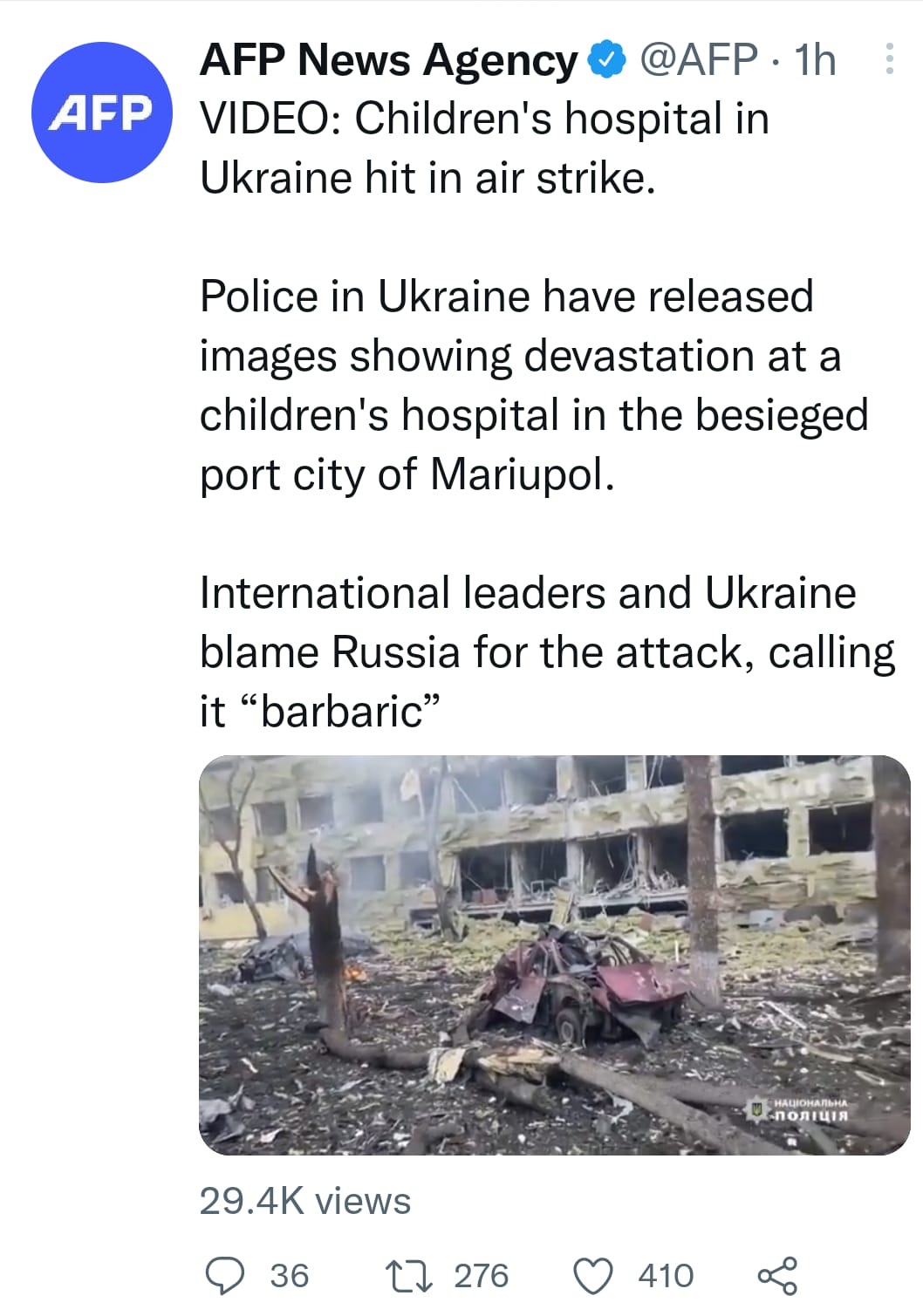 So far, 17 people are found wounded and hurt including a woman in labour. But these are just initial reports , number of people hurt can be far up says the hospital department. The city is facing is huge dearth of water, food, medicines and electricity.

Mariupol is an important destination for Russia to capture. As the city can provide a link between the Russian-backed separatist enclaves in the southeast with Crimea, which Russia seized in 2014.

As per official data by the Ukrainian government, nearly 1,200 people have died in Mariupol since the invasion by the Russia. Ukraine’s top security official, Oleksiy Danilov, informed that 67 children died since February 24. 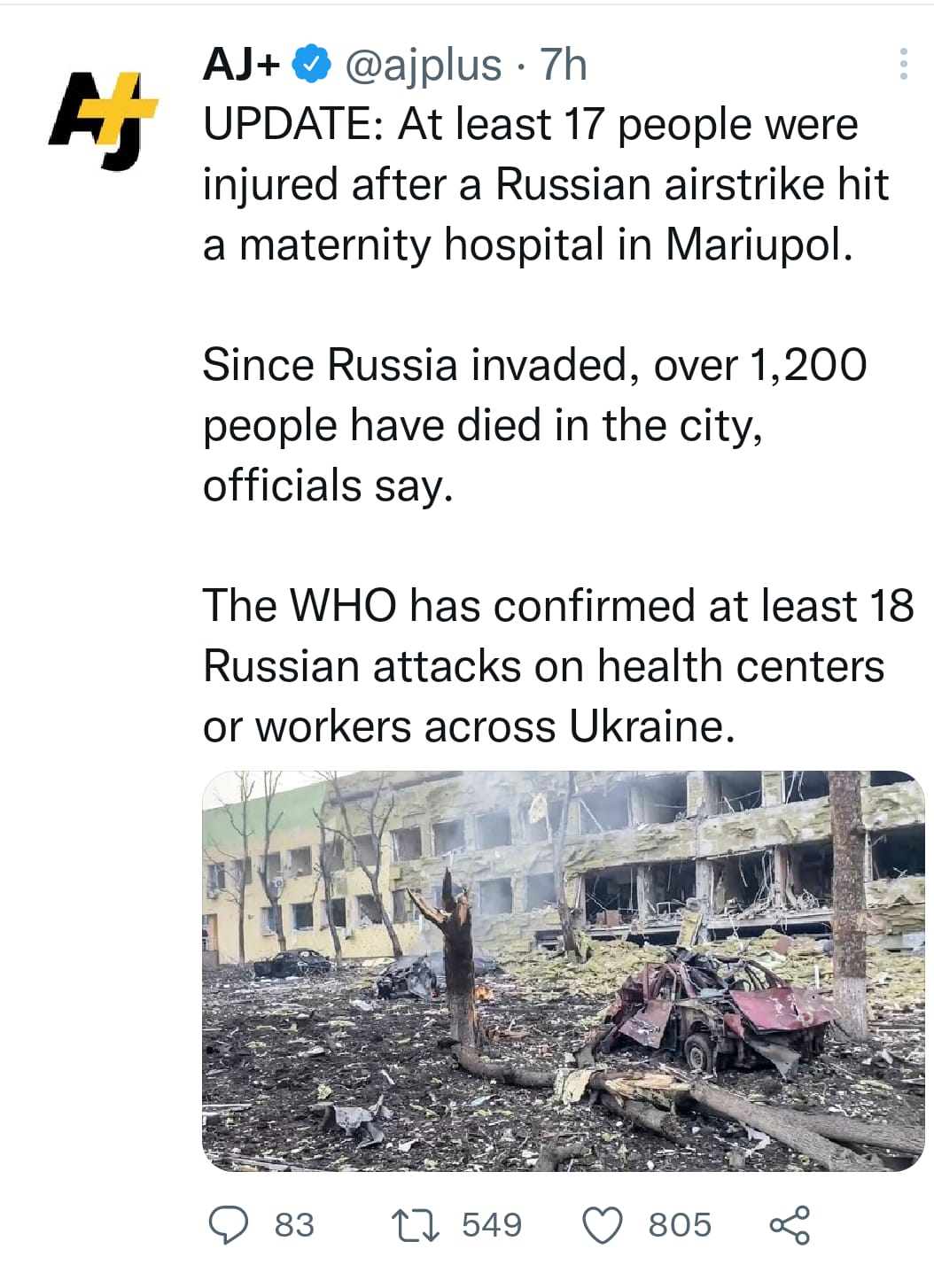 In addition to this, the WHO chief Tedros Adhanom Ghebreyesus told the agency has identified 18 attacks till now. These include hospitals, health facilities, staff and ambulances causing 10 death and 16 injuries.

Whereas, the Russian defence ministry called this a failure of the Ukrainian government. According to him, Ukraine failed in evacuating its people despite of humanitarian corridor given. “This is the main reason that the Catastrophe of Mariupol happened.” 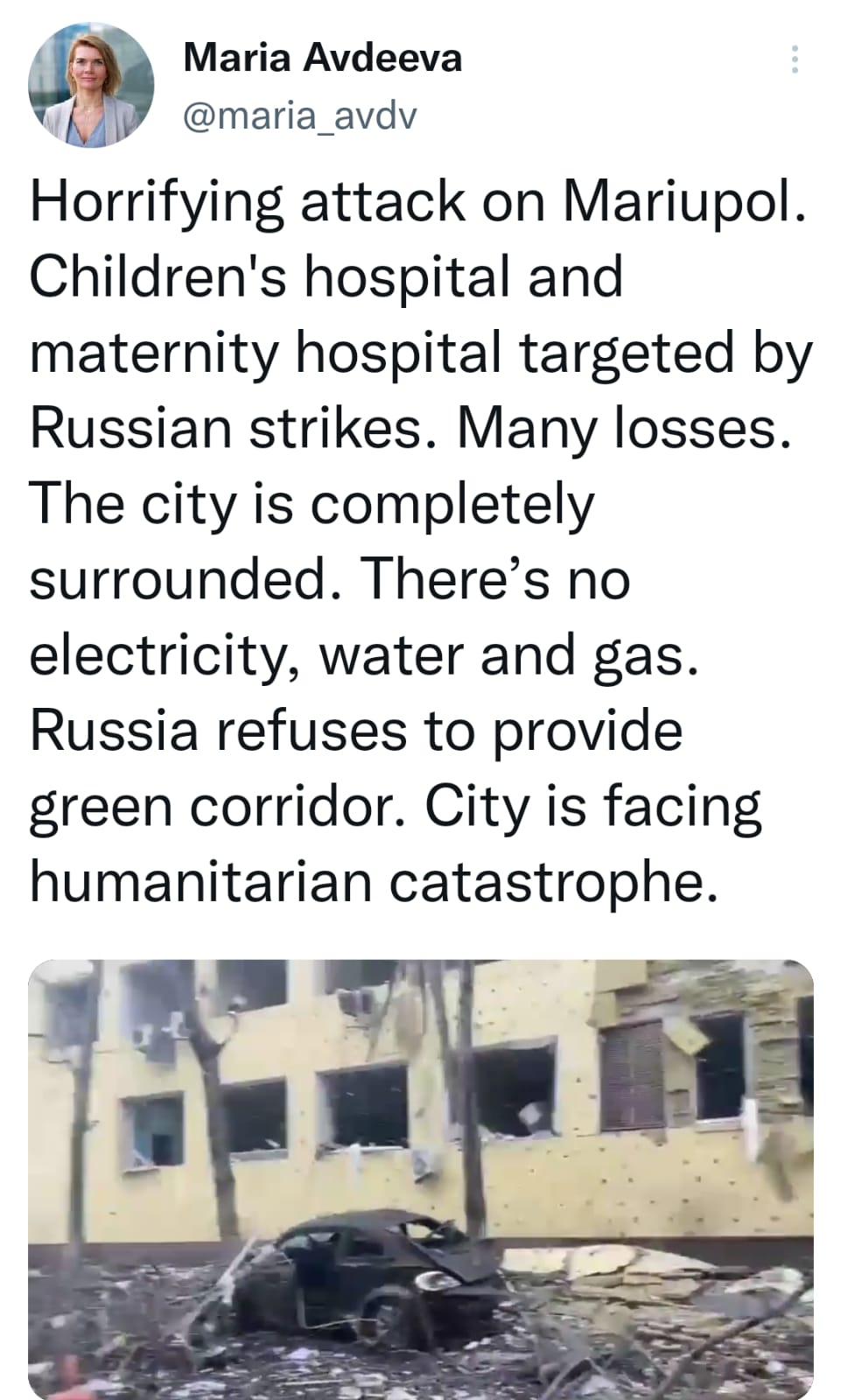 Both Russia-Ukraine agreed on providing the humanitarian corridor in Six cities in the east and south. But except for one corridor in Sumy, not much information is present regarding the rest of the corridors.