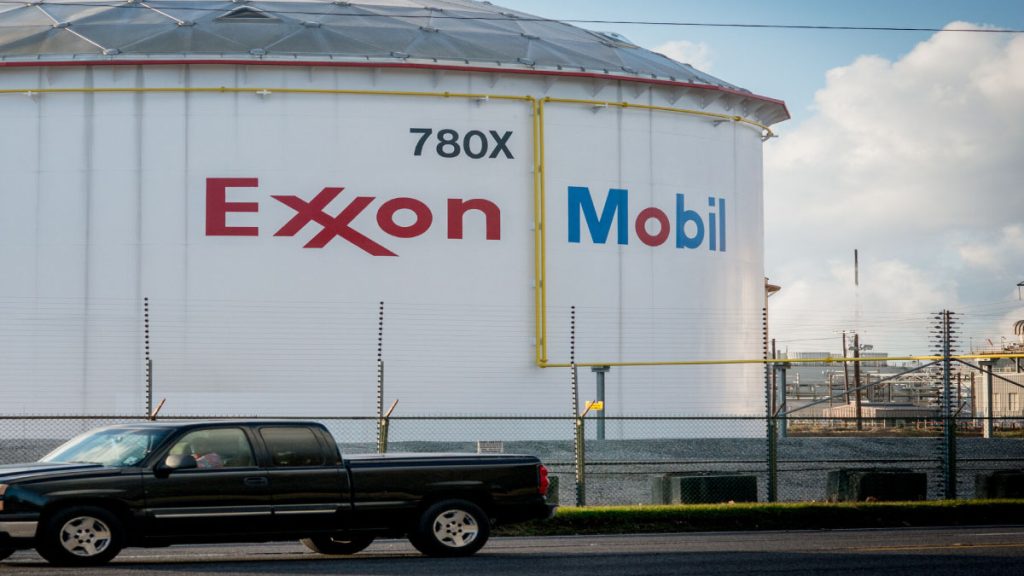 Amid the Ukraine-Russia war, ExxonMobil becomes the latest oil company to announce its discontinuation in Russia. Before ExxonMobil, British Petroleum (BP) and Shell had declared to end their association with Russia in the wake of its invasion of Ukraine.

In the official statement, ExxonMobil said, “ExxonMobil supports the people of Ukraine as they seek to defend their freedom and determine their own future.” “In response to the recent events, we are beginning the process to discontinue operations and developing steps to exit the Sakhalin-1 venture,” the statement added.

ExxonMobil And Other Oil Companies In Russia

ExxonMobil is working on three oil and gas fields near the eastern Russian island of Sakhalin in partnership with Rosneft, a state-controlled energy company. ExxonMobil owns 30% of the project and operates the fields, which generates 2% of the company’s global production. 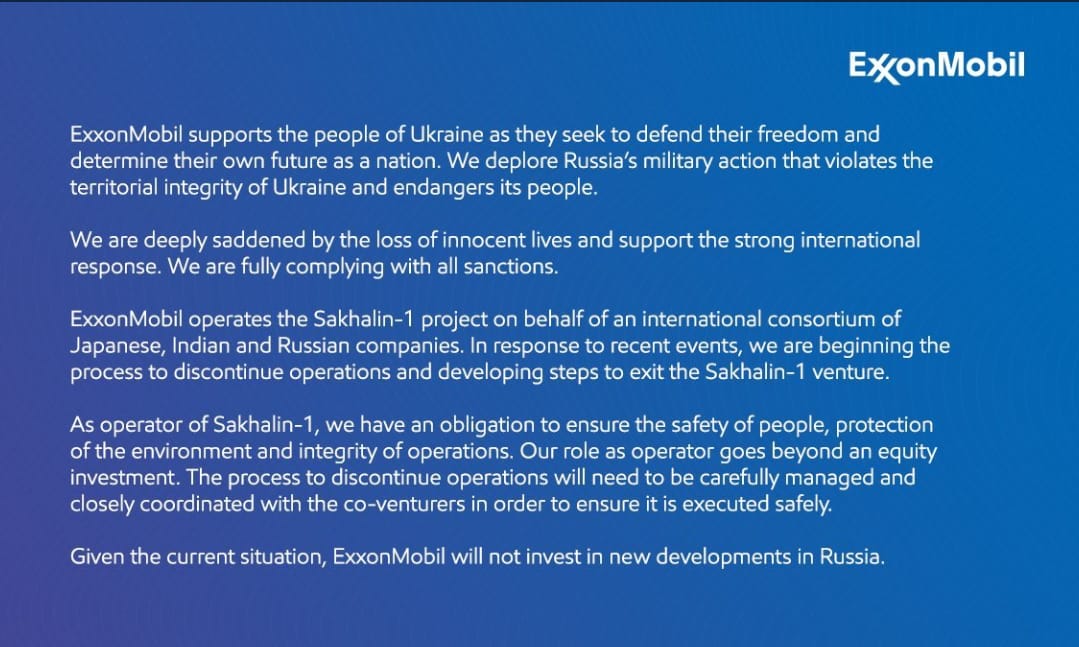 BP and Shell also decided to sell their large part of the Russian investments. TotalEnergies of France stated that it will not invest in Russia anymore. But will continue the present operations and investment in Russia. Another international leader in oil companies from Norway, Equinor, showed red flags to Russia and plans to leave.

The move comes as the global leaders in the petroleum and oil industry worldwide are boycotting Moscow over the invasion of Ukraine. This is done to put pressure on the Russian government both under the economical and financial strategies.

Exxon had a long association with Russia but over the last few years, its involvement was declining because of the U.S. foreign policy. In 2014, Russia’s invasion of Crimea led the US to impose decreased sanctions in financial areas.

Irrespective of the shrinkage in Russia’s sanctions by ExxonMobil, the company continues to work on the Sakhalin-1 oil and gas project. The project so far has made around 10 billion dollars for the Russian government. But due to Russia’s decision of invading and attack Ukraine, Exxon decided to discontinue any further development of the project. Now, Exxon is focusing on developing steps to exit the venture, as the future of the project under the global scenario is doubtful and unclear.