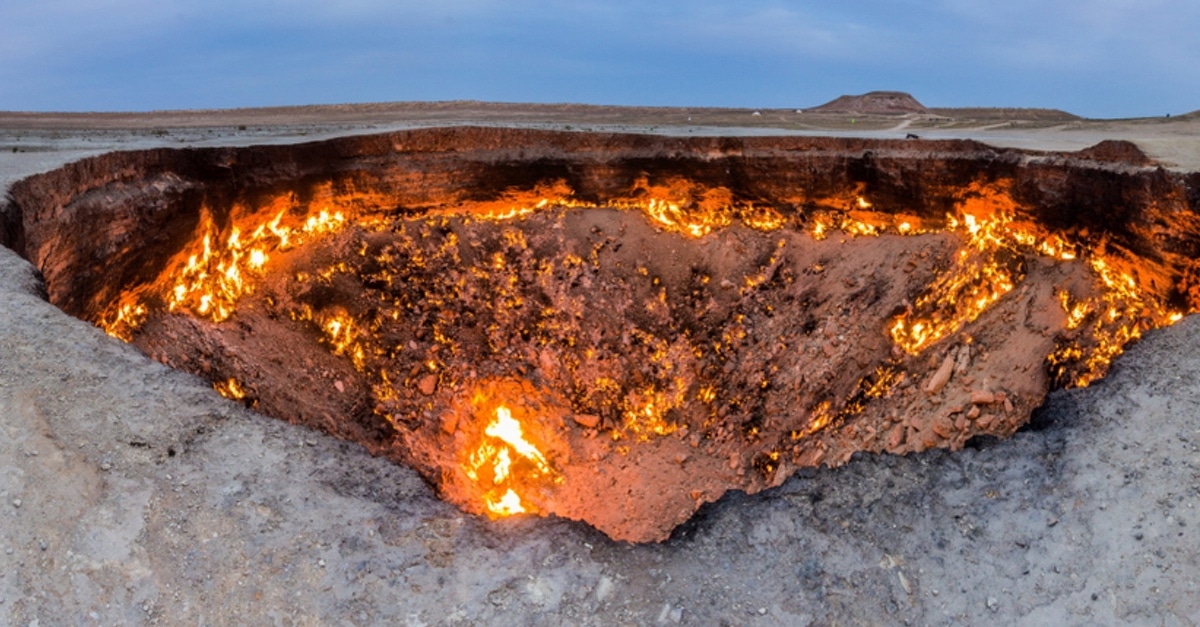 Recently, the government of Turkmenistan plans to close the Turkmenistan’s Darwaza gas crater or the gateway to hell, one of the most important tourist spots, Turkmenistan has. But a big question here arises why and what makes this crater so special and attractive?

How did this crater get the name of Darwaza?
In Turkmenistan’s local language Darwaza means gateway and also there is one village nearby this crater named Darwaza and that is how it got its name.

If we look at the map of Turkmenistan it appears to be a bigger piece of the land but around 60 thousand of the population resides in this country. Besides this Turkmenistan is rich in natural gas. Even in the list of world natural reserve, it ranks on 4th number which is quite a good number and signifies how strategically it is important for the rest of the world as major country buys natural gas from Turkmenistan.

Even the government of India is trying to make a TAPI gas pipeline.

Origin of Darwaza gas crater
If we look into history, Turkmenistan came into existence in 1991 before it was a part of the USSR. The geologist of the USSR went to Turkmenistan in 1771 to look for any natural resources so they began digging. But unfortunately, they found a huge amount of natural gas and methane was released into the atmosphere constantly.

So, to stop the release they set the crater into the fire thinking that it will stop the release and will destroy the methane but unfortunately the fire never blew off. To date, we can see the fire and yes it does looks scary as hell. However, still, the origin of this crater is a question for many explorers. With time this theory of USSR involvement got rejected by many explorers and one of them is George Kourounis.

Why does Turkmenistan want to close this crater?
The government of Turkmenistan plans to close the crater due to the wastage of natural gas they invite every year and secondly the constant release of methane into the atmosphere is not good for the atmosphere. However, closing it is not an easy task. The solution can be looking for the source of the release.

Final words
The Darwaza gas Crater is indeed a beautiful phenomenon of nature and we should be blessed enough to witness nature’s miracle.

However, simply closing it cannot be the only option. This crater is a miracle of nature therefore it must be protected.