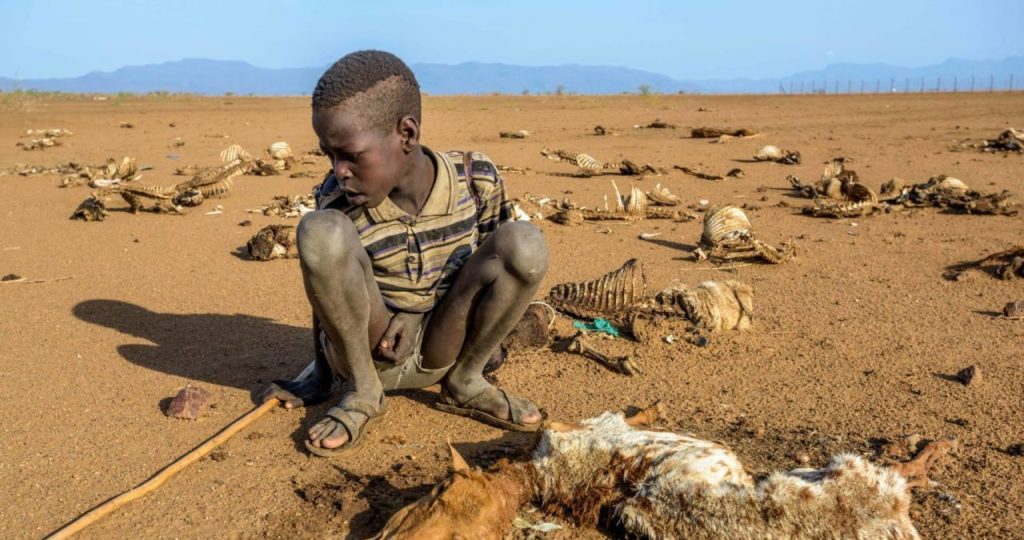 Eastern African countries face severe drought and starvation. The ongoing civil war in Northern Ethiopia along with drought and starvation in East Africa are heavily contributing to food insecurity in Africa. The World Health Organization warned that over 50 million people in East Africa faces acute food insecurity. According to a study by the World Food Programme and Food and Agriculture Organization an estimated 7 million children are suffering from malnourishment. 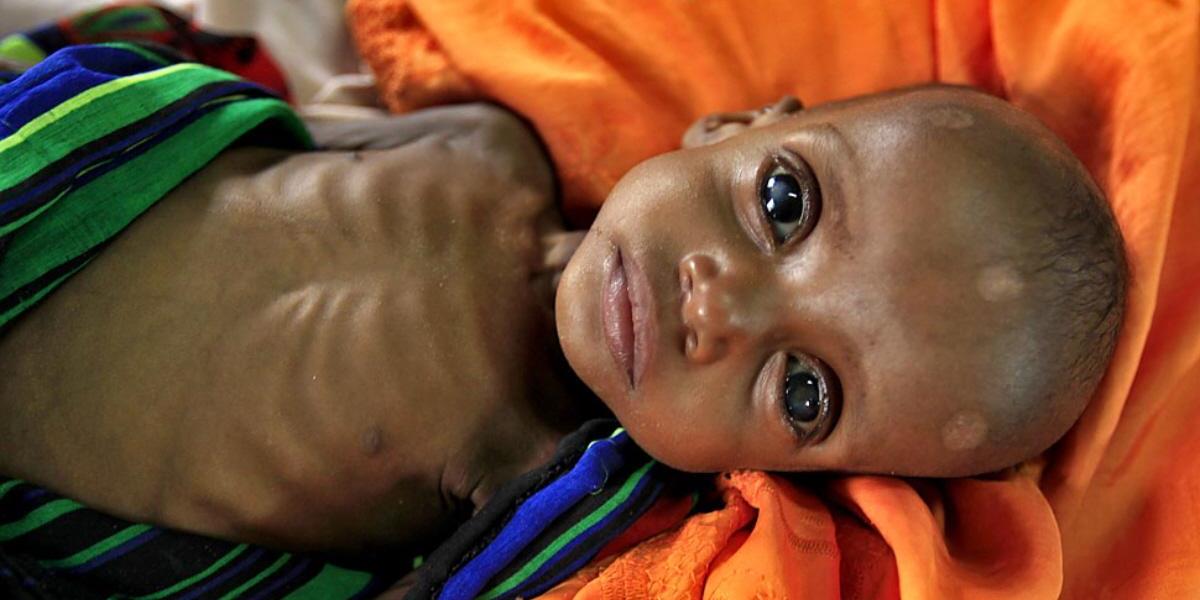 As per the United Nations High Commissioner for Refugees, hundreds of thousands are leaving their homes in search of food or livelihoods. The affected countries are Ethiopia, Djibouti, Somalia, Kenya, Sudan, South Sudan, and Uganda. 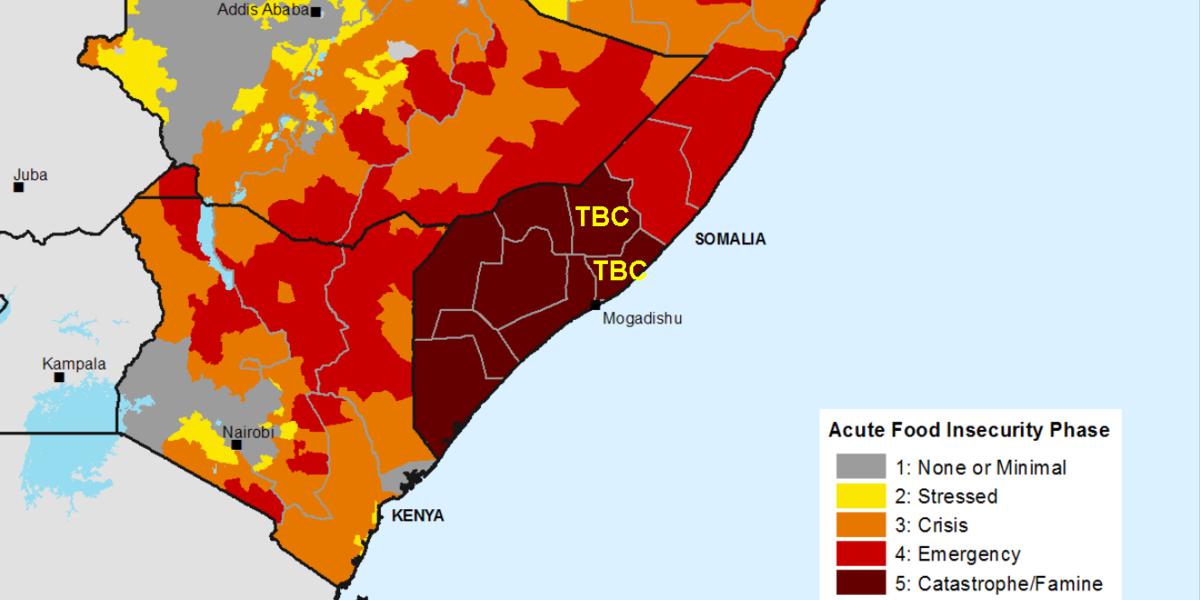 This year accounts as the fourth season of failed rains in Kenya. It is one of the hardest hit areas in East Africa. The land is dry, dusty and barren. The daily dwindling livestock eat the withered, vegetation which covers the land. The people eat whatever they can find, often not very much. Ethiopia has been battling droughts almost half a century and in Somalia 40% of the population are at risk of starvation. Some regions of Somalia, are experiencing rain-less seasons past two years. As a result agriculture produces are estimated to drop by 80 per cent this year.

Apart from that the control of insurgent groups, Ukraine-Russia war are the contributing factors which has further aggravated the situation. With dried up water sources, withering of livelihoods, and rising prices, internal and cross –border displacement are taking place. Refugee camps are set up for these displaced groups which are also reeling under a mix of conflict and climate shocks. 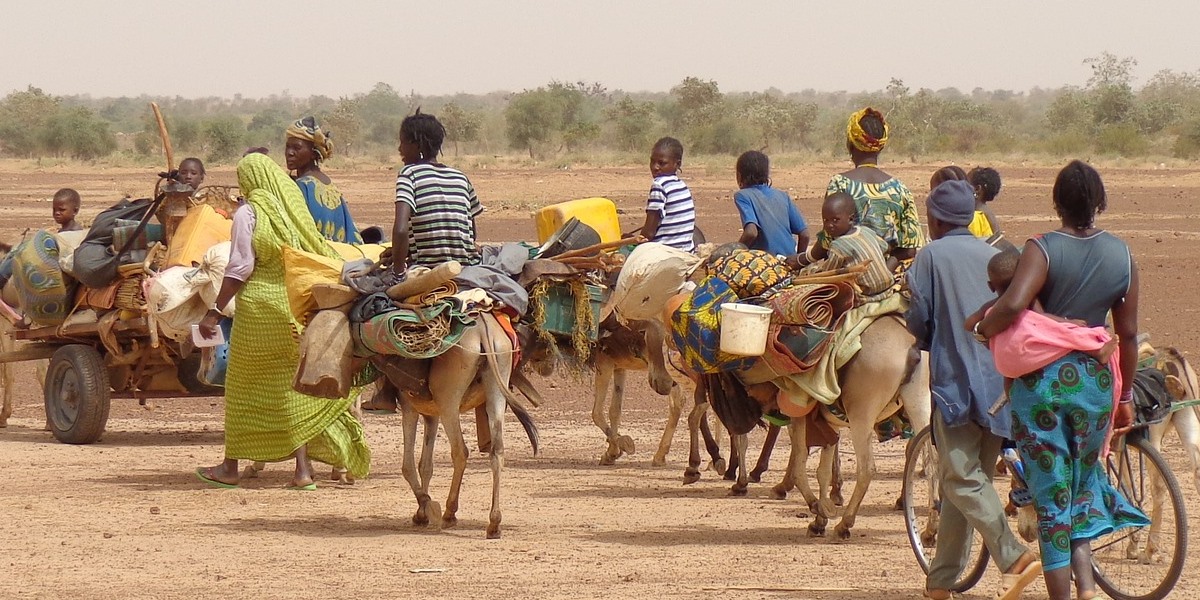 Global warming increases the risk of drought in several ways. Experts vouches for a clear correlation between droughts and global warming. But the correlation between two doesn’t always determine that one caused the other. It can be tricky to attribute the magnitude of droughts to global warming because droughts are variable. Droughts can occur every year or every few years and last for decades, causing varying levels of dryness. Till now it is very hard to distinguish a drought as a random event or an anthropogenic cause. However, the recent trends and patterns of temperature, precipitation, and computer model projections, it quite evident that droughts are being caused by anthropogenic climate change.

Scientists maintain caution to link human activities with global drought patterns. This is because droughts occur randomly across individual regions. But with more emerging data, supports the climate change-drought connection on a global scale. According to an August 2021 report by the Intergovernmental Panel on Climate Change, for every half degree increase in atmospheric temperature, the mean weather will be off-balance. This is leading to intense and frequent droughts. This will severely harm agriculture and ecosystems. The report also states that extreme droughts that used to occur once every 10 years are now 1.7 times more likely to occur, than they were from 1850 to 1900. That was before humans heavily influenced the climate.

Experts are of the opinion that the international community must come forward to mitigate the risks of climate change. This will bolster longer time solutions of drought-resistant technologies and water preservation strategies. An effective anticipatory action is required to improve the diagnostic and predictive tools to map the risks. Capacity building on a local level is an absolute necessity. The financing gaps, that hinders community-level action requires fixing. Provisions for support and resources are crucial.
The crisis of drought and starvation in East Africa requires longer-term investment in development programmes to build resilience. Along with that conflict prevention measures and recognition of the connection between climate shocks and increased insecurity are required.